His new cookbook – featuring recipes from his beloved Melbourne restaurant, Tulum – elevates the home-cooked food of his youth, and has earned praise from Nigella Lawson and Yotam Ottolenghi. A meal at Balaclava restaurant Tulum isn’t a regular Turkish feast. For a start, there are no kebabs, dips, sesame-scattered breads or sticky baklava. Tulum expands notions of Turkish food with poised contemporary dishes served in a bustling brick dining room. And its food tells stories.

Those tiny beef manti dumplings that silence the table? They’re so small because young Anatolian women once crafted these miniature morsels to prove their fingers were deft and dainty. That barley porridge? It’s a modern version of a wedding dish that was stirred overnight by gathered guests. But there’s a common thread running through everything. These are the childhood meals made for chef Coskun Uysal by his loving mother, Emine.

Uysal grew up in a difficult household, but his mother’s simple home-cooked dishes were bountiful and full of warmth, often made from the humblest ingredients. There was a comforting yoghurt and egg dish called cilbir, a favourite after-school snack which Uysal fancied up for Tulum with crisp chicken skin. And zeytinyagli (vegetables gently braised in olive oil), which could be leeks flavoured with lemon, perhaps, or peas scented with thyme.

But Emine will never see these spins on her traditional food. She speaks no English. She’ll never visit Australia. She doesn’t follow her son on Instagram, and she won’t read his new cookbook, Tulum: Modern Turkish Cuisine, with its cheffy versions of her recipes and fond testimonials from Nigella Lawson, Yotam Ottolenghi and others. She’ll never see her son’s poignant introduction to the book, which puts his Australian partner, senior public servant and academic Peter Frost, at the centre of his success.

Apart from his sister, no-one in Uysal’s family knows he’s gay. His sexuality is the reason he’s not living in Turkey anymore.

“I can’t be my true self with my family,” he says. “I don’t talk to my father or my brother. My mother knows I go on holiday with Peter, my ‘roommate’, but she never asks about the relationship. She can’t think it and she can’t say it.”

In the 1990s, when Uysal was a teenager in his family home in Istanbul, he’d cry in bed every night. Emine didn’t know why her youngest child was upset, but she’d cry with him. “I couldn’t tell her what was wrong,” the chef says. “But there were many things to be sad about.”

The family was poor, living in a shanty in Dudullu, on the Asian side of Istanbul. Uysal’s father worked as a taxi driver, though the chef says his earnings rarely made it home with him. The family lived in a gecekondu, a Turkish word that means “built overnight”. It was one of many such houses in their neighbourhood.

“There were no roads, no running water and we could only shower once a week. To walk to school, I’d cover my shoes in plastic bags to keep them clean,” says Uysal. “There was no money. My mother had to work a couple of different jobs.”

The young Uysal complained because his family couldn’t afford bananas (“they were a luxury”) or a bicycle. “My mother promised me a bicycle if I had good grades but even when I got top marks, she told me there was no money.”

Life had never been easy, but that wasn’t why the future chef cried in bed every night. He cried because he was in love with his sports teacher.

“When I first saw him, I fell in love with him,” Uysal says. “I didn’t talk about it or do anything, I would just watch him.” He knew his feelings would be considered profoundly unacceptable by everyone in his traditional Muslim world, and he had no role models or confidants to turn to. He couldn’t see anyone around him who was like him. For the whole of his childhood, Uysal travelled no more than about 10 kilometres from his home. There was no outside world.

“I thought I was the only person in the world who felt like this,” he says. “I didn’t know the name of it. I just knew I felt different, that I couldn’t mix with anyone, that it was wrong and that there was something wrong with me. I thought I would go to hell.”

Years later, confiding in those close to him was disastrous. He told his best friend while walking along an Istanbul shopping strip. “I hoped he might accept it, but he told me he couldn’t see me anymore,” says Uysal. “He just left, walked away, and we have never seen each other again.”

He came out to his older sister, who was appalled. “I took her two streets away from our home, to the edge of a freeway and told her I was in a relationship with a man. She screamed and screamed, ‘You can’t be! Let’s go to hospital! Let’s see a doctor!’” he says. “I begged her not to tell my father or my brother, and she made me promise not to tell my mum either. She said to me, ‘They will die.’”

Uysal broke away. “I thought, ‘There is no place for me here.’ In Turkey you live with your family until you die, but I knew I couldn’t be part of it,” he says. His world expanded when he started training to be a cook. He worked in a Black Sea hotel, then an Istanbul cafe, and then travelled to London for more training, where he met Frost. Food is what connects the chef to his homeland, but it was also the vehicle for his escape.

Now 41, Uysal is a long way from the weeping teenager in that Istanbul shanty. He runs a revered restaurant. He’s a published author. He has a new business partner in the entrepreneurial Kemal Barut of Elwood’s Lezzet, and the two have grand plans to continue to pioneer Turkish cuisine in Melbourne.

But the shadow of Uysal’s difficult upbringing lingers. “I am always unsatisfied, judging myself – ‘half empty glass’, as Peter calls it,” he says. “I’m working, working, I have no time to have a proud moment.” At the same time, there’s an underlying security that he never dared to hope for. “Peter tells me, ‘You don’t have to fear anything. If you fall down, I’m going to be your safety net.’ Can you imagine how comforting that is? I didn’t have anything. To have someone supporting me emotionally is everything. Peter gives me the confidence to follow my dreams.”

Tulum: Modern Turkish Cuisine by Coskun Uysal costs $49.99 and is available in bookstores and online. 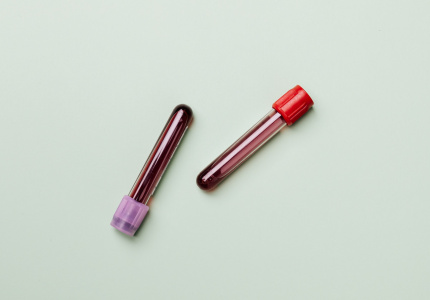