The cafe serving the “deconstructed coffee” that had the whole world talking has been outed. We went down and had a chat with them. 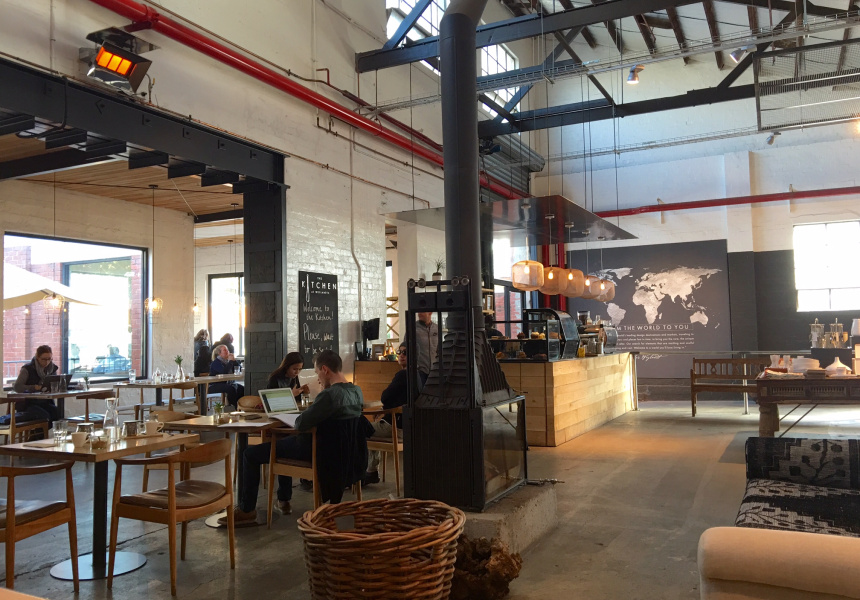 Given the amount of shares and coverage it has received, it’s unlikely you missed the photo of a “deconstructed coffee” that took over over the internet this week.

It was posted on Facebook by Mamamia’s recently departed editor-in-chief Jamila Rizvi, with the caption: “Hipsterism has gone too far when your coffee comes deconstructed.” 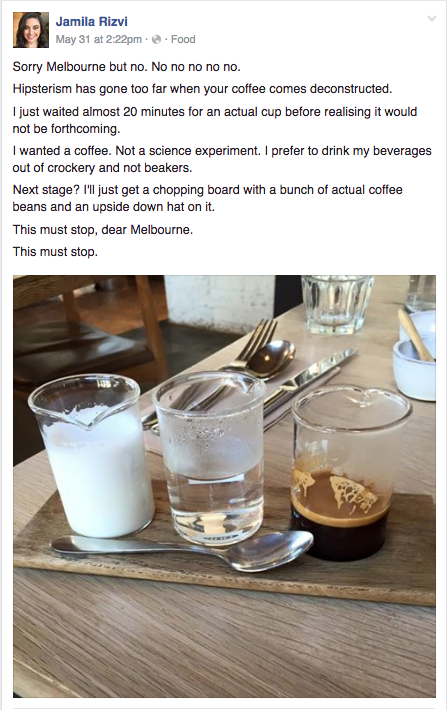 Amid the noise it generated around and beyond Melbourne’s coffee scene, the mystery of where this coffee came from remained just that. A mystery. Rizvi told us she withheld the name of the cafe to protect them from “awful comments”.

This afternoon, the cafe came clean on Rizvi's Facebook page. The “deconstructed coffee” is from Weylandts, a furniture and decor store on Gipps Street in Abbotsford.

We headed down for a chat with Weylandts’ marketing manager, Beverley Johnson.

We don’t use it as a gimmick; we don’t really talk about it. It’s just on our menu. We like to think we have great coffee, food and customer service, and that’s why people come here.

BS: Is this whole “deconstructed coffee” saga a surprise? Tell us how you’re feeling.
BJ: It’s a total surprise. We actually had contact today with Jamila, the journalist who did the post in the first place.

I think she was feeling uncomfortable and hadn’t intended for it to go viral the way it did. She wanted to make sure that if she was getting a lot of questions from the media, it was okay to say it was from Weylandts. I said, ‘Yes, of course.’

I think she just asked for a coffee and that’s what she got. It’s really interesting because people have taken some of the things she said out of context. She actually really loved the coffee, and said she was just surprised at the way it was served.

She’s a journalist – it’s her job to create a story out of something and she’s definitely done that.