Can a Magical Korean Pear Juice Help Cure Your Hangover?

One Broadsheet writer gave it a go in an attempt to eliminate headaches, dehydration and self-loathing. 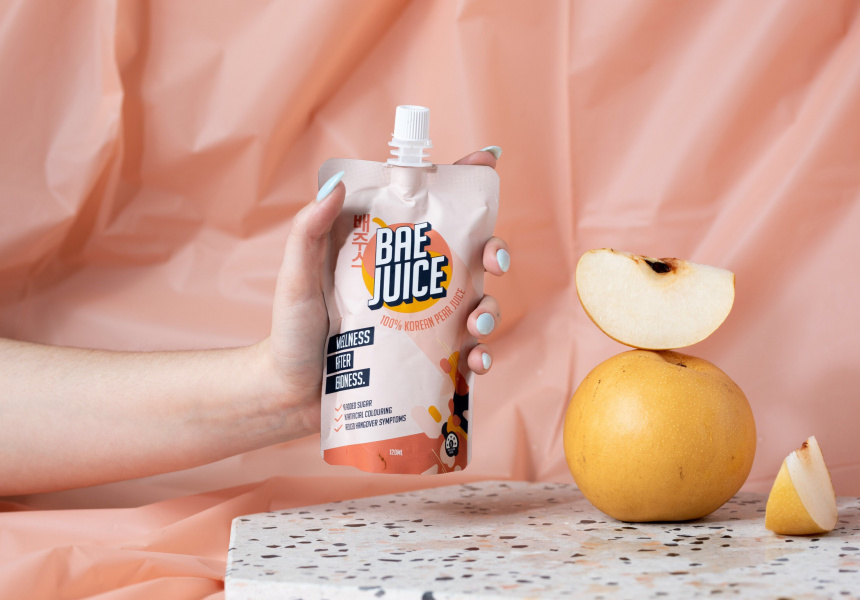 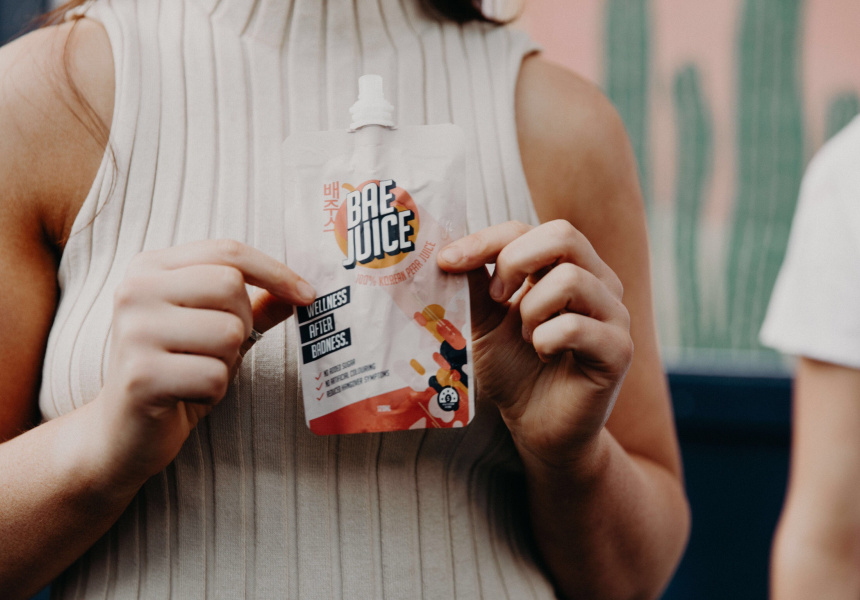 On a Saturday afternoon I sat on my couch examining a packet of Bae Juice (bae is Korean for pear) – a purported prophylactic hangover remedy that, according to the packaging, has been used to prevent dry mouths and sore heads for centuries. Which I needed, because about an hour later I poured myself a glass of wine, then poured myself many more, before heading to a bar with friends for some hands-on research. I’m not entirely sure when I got home.

I was sceptical about whether this mysterious, exotic fruit juice could cure my hangover pre-emptively. The 120 millilitre bottle contains 100 per cent Korean-grown pear juice, from the Asian pear tree Pyrus pyrifolia, and nothing else.

I followed the straightforward instructions on the packet: drink before alcohol consumption. The sweet, syrupy flavour was refreshing and as the juice made itself at home in my stomach, I got the impression it was there to help. It tasted healthy, natural. It’s not carbonated, so it went down easily. Aside from drinking the juice before my night out, I didn’t take any special precautions to try and prevent a hangover.

Bae Juice co-founder Tim O’Sullivan came across the remedy after a number of drunken nights in South Korea about 18 months ago, when he learned that locals have been drinking pear juice to combat hangovers for generations.

“We kept drinking this pear juice before we went bar-hopping,” O’Sullivan tells me. “Some people were saying it prevents you feeling dehydrated, others were telling me it helps with your headache.”

O’Sullivan and his partner Sumin Do were in the country visiting family, so they asked Do’s mother – who grew up in the city of Naju, a center for the production of the fruit that even has a museum dedicated to it – to explain the pear’s healing qualities.

“She was telling us all these health benefits that the pear offers – it’s good for maternity, good for your blood – but I couldn’t find any of it in writing,” says O’Sullivan.

Upon returning to Australia he discovered the CSIRO study while looking for proof to back up his mother in law’s claims and eventually got tests done at Omic Australia, a food testing laboratory specialising in food chemistry and microbiology. The results highlighted blood and maternity health benefits (the test showed the juice contributes to maternal tissue growth during pregnancy and to normal growth and development in children), reflecting the long-held beliefs about the juice in South Korea.

After positive feedback from family and friends trialing early test versions of the product, O’Sullivan flew back to Korea in late 2018, visited the country’s largest pear juice factory and put in an order for 50,000 units of what he’s now selling as Bae Juice.

“It helps break down the alcohol and takes the edge off your hangover, so you feel a bit better,” argues O’Sullivan, who wants to make it clear that Bae Juice won’t completely prevent hangovers – just make them a lot more bearable, as long as you consume it before you start drinking. “It’s 100 per cent fruit juice, we’re not overcomplicating it.”

On Sunday morning I woke up and checked the time – 8.45am, not bad. I pulled myself out of bed and made my way to the bathroom where I wasn’t shocked by what I saw in the mirror. My first actions of the day mostly revolved around washing and dressing myself, not clamouring for a Gatorade.

I had no desire to perform complex mental tasks – but I didn’t have a headache, my mouth wasn’t dry and I didn’t hate myself any more than usual. I still could’ve used some water, but mostly, I just felt tired.

“Did it work?” said my excited housemate as I trundled downstairs.

The pear juice. I’d forgotten all about it. Bae Juice didn’t perform a miracle, but my forgetfulness felt like a good sign the magical pears might be working.

You can order Bae Juice directly here, or find it online at Dan Murphy’s for $4.99 a pop (subject to availability).