Camel Milk Has a Few Humps to Get Over

Who’s drinking it, where to buy it, and how the hell do you milk a camel? Stephen Geppert is a cameleer. While spending a year travelling across the Australian desert with two camels, he was struck by how many of them were running wild.

Introduced in the 1840s to assist with outback exploration, camels were subsequently released in the 1920s and ‘30s when motorised transport became more common.

Feral camels now number in their hundreds of thousands and cause significant environmental, economic and cultural damage. It is in their nature to thrive in harsh, arid conditions. A culling program, funded by the Australian Government in 2009, helped curb populations, but during his journey Geppert came to believe harnessing camels for their milk may also assist in solving the problems they were posing. Geppert is now manager of camel dairy, Good Earth Dairy, operating in Dandaragan, 180km north of Perth.

There’s a growing number of people who believe camel’s milk assists in treating a variety of health conditions such as autism, diabetes and allergies. There is some research around the health benefits of camel’s milk, though much evidence remains anecdotal. Recently, Camel Milk Victoria was referred to the ACCC by Choice for marketing its milk as being able to assist “those who have autism, diabetes, tuberculosis, cancer, stomach ulcers and more” as these are not permissible food health claims according to the Australian food regulator. Pete Evans also got into hot water for claiming camel’s milk could be a good substitute for human breast milk.

Good Earth Dairy CEO Marcel Steingiesser says it is taking a cautious approach to making health claims about camel’s milk and is in discussions with universities regarding clinical trials.

As for the logistics of milking a camel, Steingiesser says, “It’s a lot like milking a cow, except in a normal (cow) dairy, mothers are separated from their calves almost immediately. At our camel dairy, babies all get to drink from their mums as long as they need their mums. It’s better from an animal ethics point of view, and the yield is better when you let the babies keep their bond with their mothers.”

Taste wise, retailers – such as Dora Andrzejewska from Adora Healthy Living in Sydney and Ahmed Haouchar from Al Alamy in Melbourne – report it has a fairly neutral flavour, with nothing gamey or funky about it. The team at Melbourne cafe Jethro Canteen says it has a structure that froths well for a latte and has a pleasant salty kick.

According to staff at the Hume Islamic Youth Centre Superstore in Melbourne’s outer north, which also stocks camel’s milk, a lot of people buying it grew up drinking camel’s milk in parts of the Middle East and North Africa.

Around 10 years ago, the world’s first large-scale camel dairy began operating in Dubai called Camelicious. It also sells a range of camel milk products including cheese, butter, ice-cream and milk powder – not to mention date, saffron, chocolate and strawberry-flavoured camel’s milk (are you listening Big M?).

Steingiesser says when compared with cow’s milk, camel’s milk has less saturated fat and higher levels of calcium, magnesium, potassium and vitamin C. Jad Patrick, manager of Prahran Health Foods in Melbourne, says some of its customers who are unable to tolerate cow’s milk often find camel’s milk is a good substitute. According to Patrick, although a lot of people express an interest in the product, many are put off by the hefty price tag (retailers we spoke to sell camel’s milk for between $18 and $30 per litre). Steingiesser says that as the market and demand grows, the price for camel’s milk will fall, though it will never be as cheap as cow’s milk.

The jury is still out on the health benefits of camel’s milk, so consumers may be well served doing their own research before forking out for what has been dubbed “white gold”.

Those wishing to try it can find a stockist listed by Australia’s major camel’s milk producers: 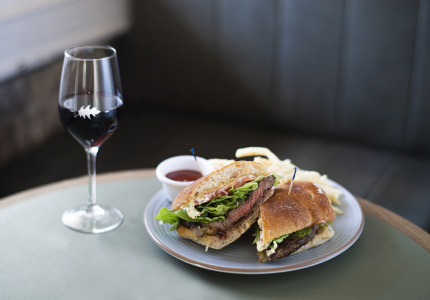