Broadsheet Kitchen Takes Over Automata For One Night Only

Founder Clayton Wells will hand over the pans to Hong Kong-born sous chef James Tai for a Cantonese-style takeover. 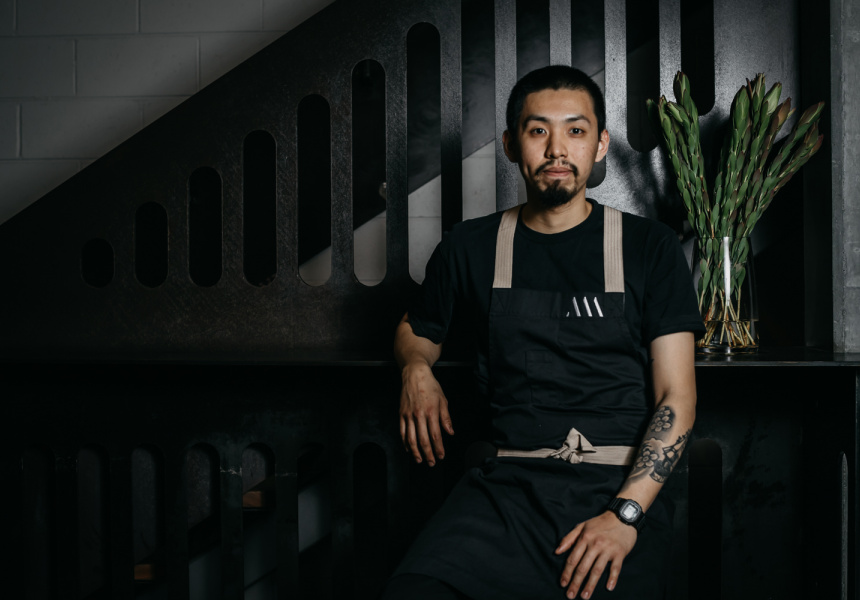 It might be surprising that the head chef of a renowned restaurant like Automata is handing the pans over to a junior staff member for one night. But that’s exactly what’s happening on August 14 as part of the Broadsheet Kitchen event series.

Founder Clayton Wells is stepping aside to let his sous chef James Tai take control of the kitchen. And part of the reason Wells is confident it’ll work is because Automata is, ultimately, a well-designed machine – one his staff are intimately familiar with, and which they themselves helped build.

“I try to always keep an open dialogue with my team, no matter how young or inexperienced they might be,” says Wells. “We have a small team here, five chefs. When I’m coming up with new dishes, I always try to involve them so they can see and taste during the process as much as possible. I am trying to train their palates and get them thinking.”

Tai, he says, has been a willing student: “James is a very talented young chef who has worked through all of the sections of the kitchen here. He is very passionate about the food we are cooking and keeps me motivated to keep new things coming on the menu.”

And when August 14 rolls around, Hong Kong-born Tai will be putting the fundamentals he’s learned to the test and creating a five-course tasting menu of his own. He’s understandably excited about the opportunity. “Putting my own menu together is so exciting,” he says. “[So is] being able to create my own vibe for the night, in a restaurant that I love being a part of.”

Wells says he’ll be fascinated to see what Tai comes up with. “I’m excited to see James’ interpretation of what we do here at Automata in a way that reflects his past experience growing up with Cantonese cooking.”

His five-course set menu will be characterised by Automata’s culinary eclecticism and his own personal history. “The concept [brings together] Hong Kong, where I come from, [with] all the places I’ve worked before – Italian and French restaurants – and Automata’s signature style,” Tai says. The menu will have “a strong focus on Cantonese dishes and ingredients”, but those elements will be combined with flavours from further afield.

The menu is still a work in progress, but as an example of what to expect, Tai describes one of the entrees: “We’ll start things off with a snack, we’re going to serve puffed pork skin, XO and shaved parmesan. It’s an explosive umami bomb of flavour to start the meal and make you think ‘Wow!’” One of the desserts, meanwhile, involves Sichuan-pepper ice-cream paired with gooseberry “and some kind of crumble”. Tai laughs. “I’m still playing around with that part.”

Wells is a big believer in the importance of mentorship. He suggests there’s been something of a paradigm shift in the way knowledge is passed down from chef to chef: gone are the days (mostly, at least) of flying knives and screaming Gordon Ramsay-style bullies. If anything, young chefs today are pressing their mentors for more, rather than vice versa.

“Things have changed [a lot] in the past five years,” Wells says. As in many other fields, the internet has played a part. “[It’s] due to the amount of visual information young chefs have access to. They all seem to be in a real hurry to progress through the ranks and create dishes without really learning the fundamentals. It’s up to chefs in my position to pass on these fundamentals.”

Wells says the evening will also be part of Tai’s ongoing education – he hopes the experience of being head chef for a night will give Tai greater insight into the practicalities of running a kitchen: “I hope he gets a deeper understanding about the work and thought processes that are involved with menu production.”

Tai agrees on both points. “Since I’m cooking a five-course menu, I really get to learn how to create that perfect ‘flow’ that Automata is known for. I’m really conscious of things like not having too many similar flavours between each dish, or overlapping ingredients.”

Ultimately, Wells says, it’s all part of learning to strike the perfect balance between creativity and discipline. “Running a restaurant involves far more than just putting nice things on a plate,” he says, smiling. “In fact, the cooking is really just the easy bit.”

Broadsheet Kitchen’s takeover at Automata is on Wednesday August 14 at 5 Kensington St, Chippendale. Tickets are $90.