Bringing the Goods – How Australia Fell For Italian Food

Not so long ago, Anglo-Australians wanted nothing to do with parmesan, olive oil, broccoli and other “foreign” foods from Italy. All it took was a group of tenacious deli owners to change their minds. Mario Caporaso at Imma and Mario’s Continental Deli circa 1980 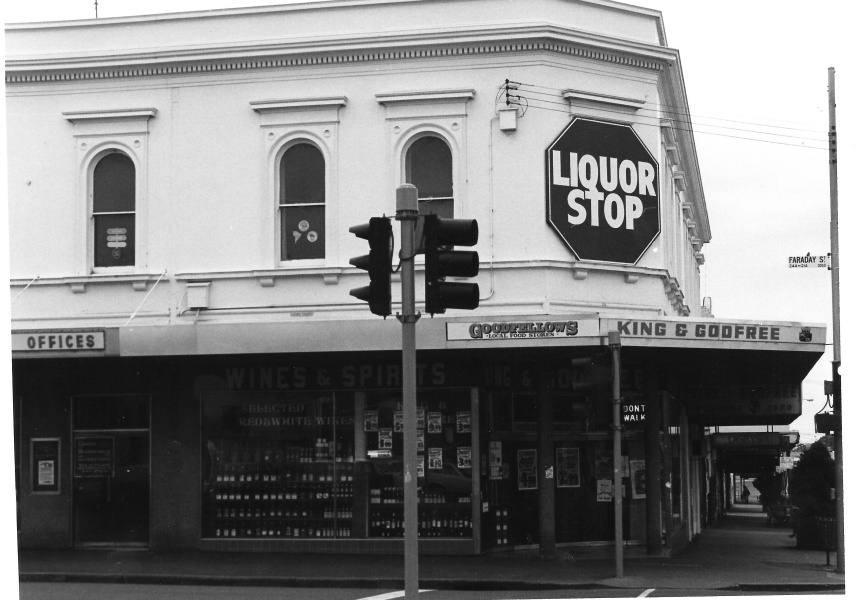 Photography: Courtesy of King and Godfree
1/6
by Patrick Boyle
Share

Australia in the 1950s was a nation without olive oil – an Anglo-centric tundra devoid of parmesan, prosciutto and even basil. But post-WWII, mass migration changed that.

Thousands of Italians were among those who left behind the tatters of continental Europe for Australia. Around the country, enclaves emerged in capital cities, providing a familiar sense of community – and language – in this new world. Within those Italian neighbourhoods, family delis and wholesalers cropped up, offering an essential taste of home. These were cheerful, bustling hubs. Local nonnas haggled over canned goods while well-dressed men slammed espressos and conversed spiritedly. Kids would zigzag between the shelves, and between their burgeoning English and the dialect spoken at home. But beyond just serving the local immigrant communities from which they sprung, these delis went on to irrevocably change Australia’s then-monotonous culinary landscape.

“Dad was selling the first broccoli in Perth, and an Australian lady came in and said, ‘Oh, that’s an unusual bunch of flowers’,” says Tom Di Chiera, whose father Antonio opened Di Chiera Brothers deli and sandwich store in 1953. “Broccoli was absolutely unheard of in Australia before WWII.” Antonio, his wife Eleanore and brother Giuseppe were some of the first to introduce Perth to baked ricotta, pickled green tomatoes, artichokes, balsamic vinegar, zucchini and crusty breads. And Di Chiera’s hearty continental rolls – a uniquely West Australian sub – have been a lunch staple for generations. “In 1953,” Di Chiera says, “you couldn’t even buy olive oil, apart from for medicinal purposes. You had to find it at the pharmacy.”

Even by the early 1960s, when Australia had 230,000 Italian-born residents, selling these exotic foodstuffs took some skill. It was 1955 when Carlo Valmorbida took over King & Godfree. The long-running corner store is located on Lygon Street in Carlton – Melbourne’s original Italian neighbourhood, and one of its continuing heartlands. Carlo expanded the cosy site into a labyrinth of shelves stacked with bottles of wine and cans of imported goods. Carlo’s grandson Luca Sbardella – who’s overseeing King & Godfree’s contemporary incarnation – says his grandfather could sell his stock to anything with a pulse.

“His genius was that he’d sell Italian foods to Australians, and Australian food to Italians,” Sbardella says. “Carlo was one of the first people to sell parmesan cheese in this country. No one really wanted it, so he’d deliver a block of parmesan cheese to people all around the neighbourhood, and ask them to try it. He told them that if they liked it, they could buy it from him.”

Raineri’s Continental Delicatessen in Sydney had a different strategy. Peter and Sarina Raineri spent 15 years delivering to Italian farming communities in Liverpool and Fairfield before opening their tightly packed shop in 1983. “Before it was developed, that was all farmland,” says their son Joseph Raineri, who helps run the deli today. “We’d take pastas, cheeses and deli goods direct to the houses of the Italians out there. When all those Italian farms started selling and subdividing, we decided to start our own shop so they could come to us.” The Raineri family is now such a trusted fixture in the suburb of Five Dock that locals simply know the shop as Peter’s Deli. “It was literally 99 per cent Italian customers when we first opened,” Raineri says. “There was no English spoken at all. Here we still speak mostly in Sicilian and Calabrese dialect.”

The language barrier was problematic for many fledgling businesses owners. Such as in 1972, when John Caporaso’s parents established Imma & Mario’s Continental Deli (now called Mercato) in Adelaide – where every last inch of the shop was crammed with the best flavours of the Campania region from which the couple hailed. “It wasn’t easy,” Caporaso says. “Mum did most of her school here, so her English was pretty good. Dad, on the other hand was ... not so good. He was a brickie with his brothers when he arrived, so English was hardly ever needed.” Luckily, most of their customers, suppliers, accountants and even their landlord all spoke Italian. “Otherwise,” Caporaso says, “Mum would step in.” Like King & Godfree, Mercato was soon selling real Parmigiano Reggiano to Anglo-Australians too.

In Brisbane’s Holland Park, Luigi Borgo and his son Anthony – of Borgo Salumi – make cured meats with local produce but traditional Italian methods. They use pork bung for sausage casing, eschewing the popular synthetic alternatives, and only import the string with which they hand tie their salamis. “Originally Dad had started Lago Smallgoods in Melbourne,” Luigi says. “But in 1965 we all came up to Queensland for holidays.

We stayed around Surfers Paradise, and Dad thought, ‘What the hell are we doing in cold, miserable Melbourne?’” Ivo and Antonietta Borgo relocated their family to Brisbane and established what was then called Borgo Smallgoods Company in 1966.

The community of Italian immigrants in Queensland was much smaller than its Melbourne equivalent, and the Borgos were the first family in the state to operate a smallgoods factory. “Back then it wasn’t considered cool to be a wog,” Luigi says. “We all had our salami in the sandwiches we’d take to school. The ‘Australian’ kids would have their vegemite and cheese.”

Things are different now, of course. “The general public here have really started to love prosciutto, pancetta and all that – and I think it’s largely because the cooking shows have made it fashionable to eat them,” Luigi says. “That’s why he decided to change the business name from Borgo Smallgoods Company to Borgo Salumi. “It’s now okay to reflect your heritage in the products that you make,” he says. “We now use the Italian word salumi, which literally means ‘smallgoods’. There’s a story and history around our product, and now people know it.”

This is an extract from The Broadsheet Italian Cookbook, which features 80 recipes from Australia's best restaurants, cafes and bars. Available now at shop.broadsheet.com.au.