We know, we know. You can already roast good potatoes and make a decent mash. All we’re saying is, these simple, chef-approved recipes will up your game even more. Plus, we’ve got three great recipes for potato salad: a familiar German version, an Italian cacio e pepe take, and a Chinese number that’s mostly unheard of in Australia. 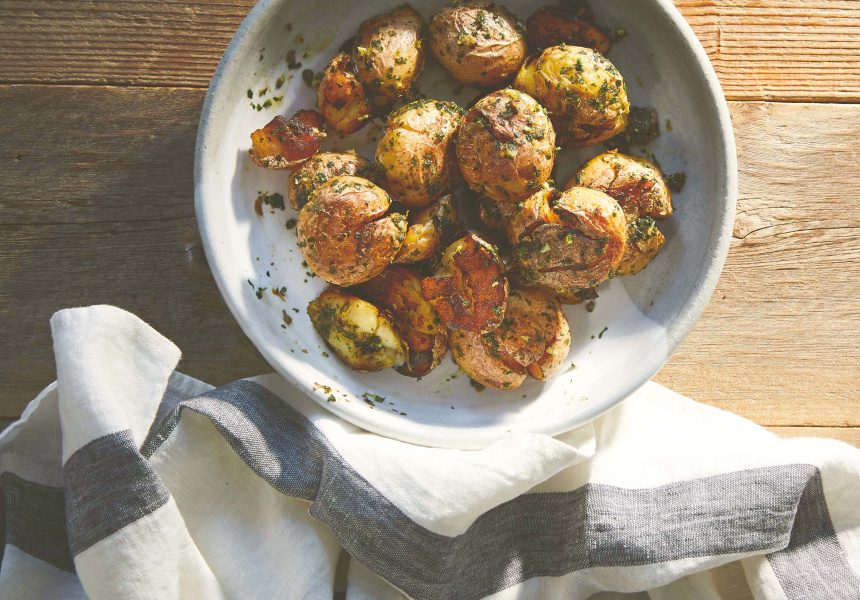 Potato is the chicken of vegetables. It’s so ubiquitous, so reliable, so versatile, that we often take it for granted. But just imagine a world without chips, mash, roasted spuds and all the other, borderline transcendent forms of potato out there. (Side note: that was the grim reality for most of the world until the late 1600s, when the Spanish introduced potatoes from South America.)

Given potato’s “default” veggie status, we’re betting you can already cook it to your satisfaction. Great. Just know that you can never actually prepare the perfect potato, only get closer and closer to the ideal.

To that end we present these six chef-devised recipes, from crackling, toffee-coloured roast spuds to a particularly original cold salad featuring “al dente potato”, parmesan and a huge whack of black pepper. Done just right, these babies will hopefully get you closer to heaven than you’ve ever been. This is the most popular recipe on Broadsheet, by a fairly wide margin. Why? Because the resulting spuds are a “translucent, crackling, toffee-coloured brittle delight” and call for nothing more than a cup of olive oil, a liberal amount of salt and a very hot oven. So simple, yet so effective. If you have trouble getting your potatoes to turn crisp and golden-brown in the oven, this recipe for pan-fried spuds is right for you. Lemon zest, salted capers and a little trick (hint: it involves squashing) add extra dimensions to this simple classic. The parmesan garnish is marked optional, but do yourself a favour and make it mandatory in your household.

Where would a list like this be without something from the French? This decadent yet easy recipe uses butter, milk and a fine sieve to produce the silkiest, smoothest mash this side of Provence. Bon appétit.

Whole-egg mayo, fatty bacon and starchy, carb-y potatoes – trust the Germans to bring us such a defiantly stodgy take on salad. If you find the whole thing a bit heavy, have a crack at this recipe, which adds sweet-and-sour gherkins, plus their juice. The pickles’ sharp, vingar-y acidity punches through all that richness and keeps you coming back for bite after bite.

The potato isn’t readily associated with China, but in Sichuan, a province renowned for its spicy food and brutal winters, it’s the star ingredient of this unique salad. To Western palates the texture feels a little odd at first, as the potatoes are only blanched for a couple of minutes and retain a fresh, crunchy bite, not unlike a spongier raw carrot. But get used to that and you’ll come to appreciate the punchy, refreshing and downright distinctive character on show here, courtesy of garlic, soy, Chinkiang vinegar, chilli and sesame oil. 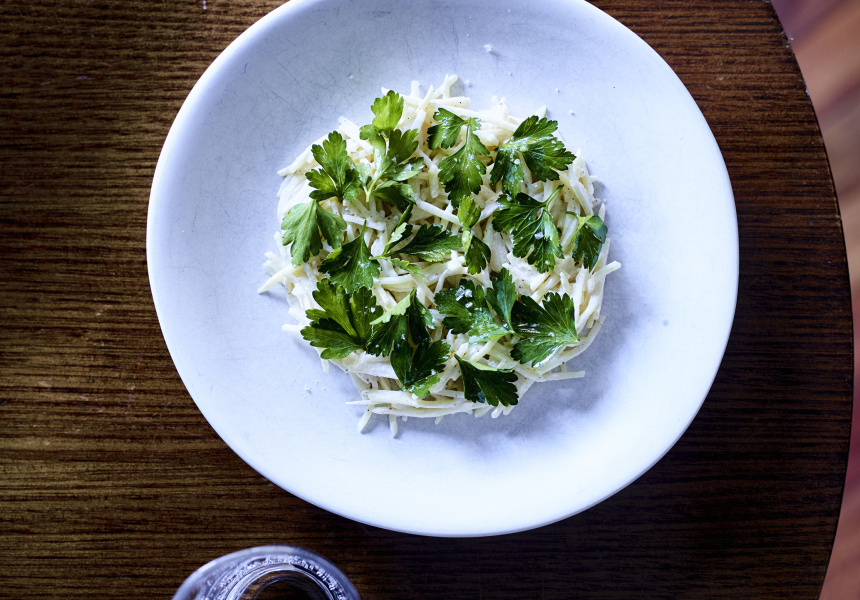 “I went to Beijing once and had this dish of stir-fried potato with Sichuan pepper and ginger,” chef Pasi Petänen told us when we collected this recipe for The Broadsheet Italian Cookbook. He’s referring, of course, to something much like Rosheen Kaul’s recipe above. Petänen fell for the texture – he calls it “al dente potato” – and later came up with the idea to season it with classic cacio e pepe (cheese and pepper) flavour. The result is original and delicious as they come.