Four Pillars' Bloody Shiraz Gin Is Back and Spicier Than Ever

The in-demand liquor has undergone a significant evolution thanks to improvements in the distilling and harvesting process. 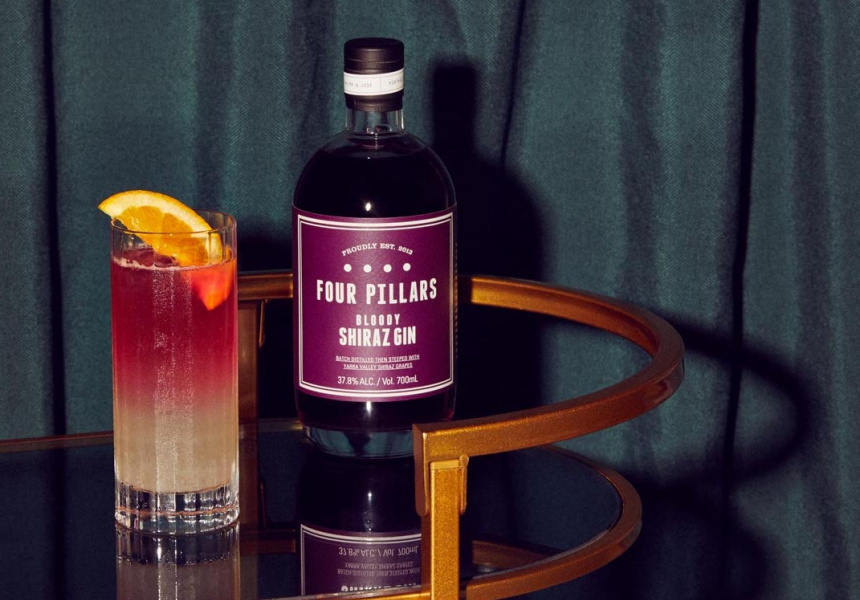 The inaugural 2015 batch used 250 kilograms of grapes and sold out in weeks. Last year, despite the distillery crushing roughly 10 tonnes of fruit, the product sold out within four and a half months.

Each year Four Pillars head distiller Cameron Mackenzie works to improve the distillation process and tweaks the recipe – it’s become spicier year on year. This year, for the first time, grapes have been sourced from a wider region than the Yarra Valley, with multiple harvests of shiraz used in the gin.

“It’s still predominantly from the Yarra Valley, but this year we’ve looked at some smaller parcels out in other cooler areas. So we took a small parcel out of the Yea Valley and a little bit out of Macdeon, which is even cooler than the Yarra,” Mackenzie tells Broadsheet. “The first quite early pick gave us that spice and temper, and the second pick a couple of weeks later gave us slightly riper characters and deeper, darker colours.”

According to Mackenzie, the “more consistent, more intense and more spicy” taste that has developed over time is thanks to an evolution in the harvesting and the distilling process.

“The more of it we make, the better the gin. Five years ago we crushed 250 kilos of fruit. This year we are pushing closer to 100 tonnes,” says Mackenzie. “The reality is it's much easier to work with big parcels because you get much less oxidation, less temperature shift. We find we hold those brighter, fresher flavours longer than we used to when we were working with smaller batches.”

Mackenzie has a few tips on how to best enjoy the 2019 batch.

“I quite like it over ice with a wedge of citrus, but in a nice tall drink. To make it like a gin and tonic but with lemon tonic or bitter lemon is the ideal match-up, a really cracking one.”