The self-taught chef unwittingly wrote the playbook for the new Australian cafe when he opened his eponymous (and Covid-Casualty) eatery in Sydney in 1993. Twenty years after this first book – with a new one out – he looks back on an influential career. 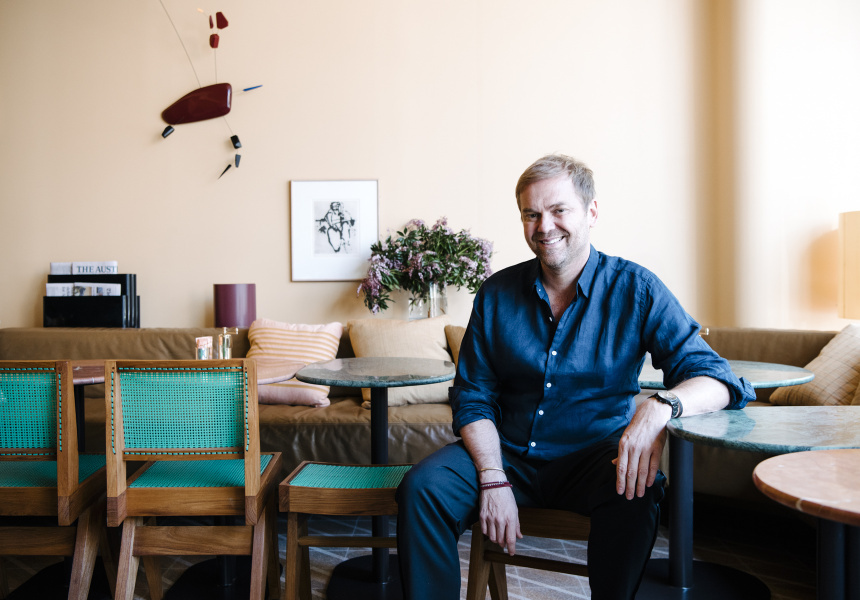 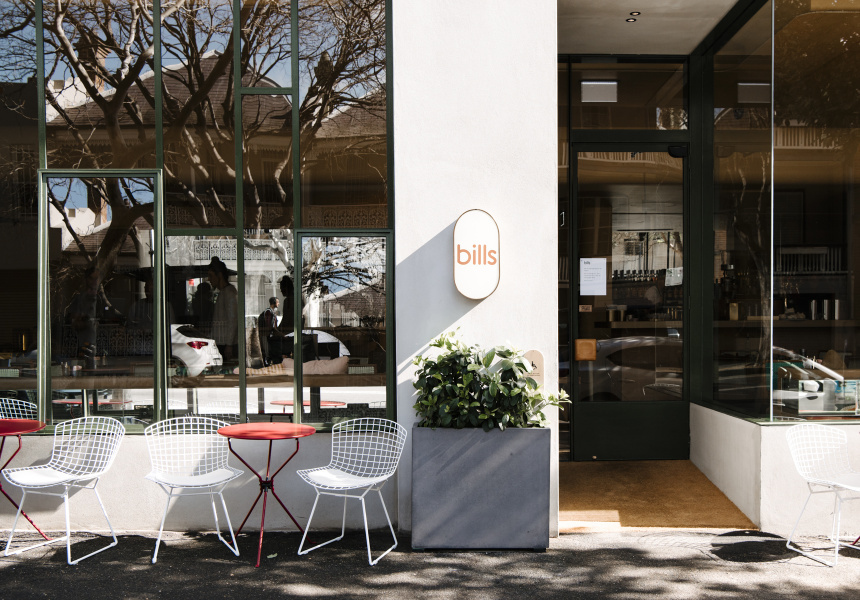 What is Australian food? It’s a question that has consumed chefs, diners, journalists and everyone with an interest in eating. It’s also a discussion that covers plenty of ground, with topics as diverse as First Nations ingredients, immigrant food cultures, Bunnings sausage sizzles and avocado toast and its associated economic destruction. For chef and author Bill Granger of Bills fame, Australian food isn’t so much about what we eat, but rather how and the way we eat.

“Maybe Australian food is that casualness,” he muses. “Lifestyle is a big part of the way we eat in Australia and it’s very much specific to the way we live. Australians are very bold and interested in trying new things. You can make noise about doing great food. We always hear about it, read about, we have sections in the paper on it and there are online publications like yours. People are interested.”

Granger is more qualified than most to weigh in on the debate. In 1993, the former art student turned self-taught chef and restaurateur opened a corner cafe in Darlinghurst called Bills, and unwittingly established the playbook for the new Australian cafe: a cheery, high-energy eatery slinging great coffee and vibrant, broadly “brunchy” food. From that corner cafe, Granger has opened Bills outposts around the world (between his Bills and Granger & Co eateries in London, he has 20 restaurants in his empire) and helped cement Australian cafes as a thing. Sadly, he closed his original eatery in September due to Covid-19.

After trading for seven years, Granger released his first book, Sydney Food, a celebration of the cooking that made Bills such a vital part of the city’s food scene. To mark its 20th anniversary, Granger is preparing to launch Australian Food, a book that doesn’t just build on the foundations of its predecessor, but reflects on the evolution of Australian food over the past 20 years.

Originally, the plan was for Granger to spend October touring his book around Australia. But instead we’re chatting on Zoom – me in Perth and Granger in Notting Hill, the London neighbourhood he calls home when he and his family aren’t in Sydney. We chat for an hour, zigzagging our way through the Bills and Bill Granger story. He might have amassed a sizeable oeuvre of television and book work in his career, but Granger’s mindset, right this very moment, is that of a restaurateur sweating the bottom line and trying to pre-empt how best to respond to a tumultuous 2020. Australian Food is his 11th book and his first book since Bill’s Italian Food in 2014. He took a similar hiatus from the small screen to ensure he could give his restaurants the attention they deserved.

“I basically said no to everything,” says Granger. “Ultimately it [writing and filming] takes a lot of time and takes you out of your main business for a while. Being on TV is a completely different mindset. You’ve got to look after yourself. You’re a performer. It’s all about you. Whereas restaurants are not about you, they’re about customers, your staff. I found it very hard to do both. Restaurants need a lot of attention.”

Our conversation is punctuated with pointed observations on the evolution of Australian food. On Sydney’s coming-of-age as a food destination: “When I went to Sydney in ’89 and ’90, Melbourne was definitely much more ahead, but Sydney in the ’90s really evolved.” On the common ground that unites eaters around the world: “Whether it’s a schnitzel in Germany or tonkatsu in Japan, comfort food worldwide is quite similar.” On the reason why Bills resonated with both Sydney locals and visitors: “People always felt they were somewhere. The room was pretty; the sunlight is beautiful. It captures what’s so seductive about Sydney. That’s what tourists loved about it. You felt like you discovered a slice of living in Sydney.” And on helping make something “a thing”, whether that’s Australian cafe culture or setting the gold standard for scrambled eggs.

Ah yes, those scrambled eggs. Jolted into international prominence by Johnny Apple’s 2002 New York Times article, “The Egg Master of Sydney”. “I would stack Mr. Granger’s up against all comers,” wrote the famous journalist, “fully confident that they would hold their own”. Granger’s soft and curdy eggs provided the substance behind Bills’s urbane style. Together with cloud-like ricotta hotcakes and avocado toast, these dishes formed the cornerstone of his smart-casual food empire. (Granger’s avo-toast is widely acknowledged as the first published recipe for the dish – its subsequent fame is somewhat ironic, considering he included it in Sydney Food as a last-minute, “throwaway recipe”.)

Signature dishes aren’t the only way Granger has contributed to Australian food culture. The OG Bills is widely credited with popularising communal dining tables in Australia (a shrewd way of maximising dining space and sidestepping council-imposed capacity restrictions on the original Bills in Darlinghurst), as well as bringing Melbourne coffee culture to Sydney in the early ’90s (Granger brought beans up from Melbourne roaster Grinders each week). He also helped bankroll Billy Kwong, the first restaurant by a then-unknown Kylie Kwong (which is how “Billy” ended up in the name). Despite these achievements, Granger keeps a level-headed, pragmatic approach to running his businesses.

“I’m always interested in the new, not what I’ve done,” he says. “What keeps the bills paid is doing a good job now. As a restaurant, you’re only as good as your last meal.”

Thankfully, the new, at least for now, is Australian Food. Plus the universal clause that 20 years of anything – including first book by a chef-author who still very much has skin in the game – is a milestone worth marking. Granger’s 11th book isn’t just a big deal for him, but also for anyone with an interest in Australian food culture, both at home and abroad.

From a practical perspective, the 100 recipes in Australian Food read like a blueprint for cafe menus forever more (yes, the eggs are in the book), but for me, it’s Granger’s commentary on Australian food then and now that makes it so valuable. Whether he’s referencing Seinfeld as part of a potted history of the muffin or invoking a classic Aussie ad (“Mum’s doing a lamb roast”), Granger paints an absorbing picture of the Australian cafe, as told by the person who took it to the world, one plate of scrambled eggs at a time.

Australian Food by Bill Granger ($49.99, Murdoch Books) is out now.