These Giant Avocados Weigh Over a Kilogram

The season’s almost over – here’s where you can get your hands on an avozilla. 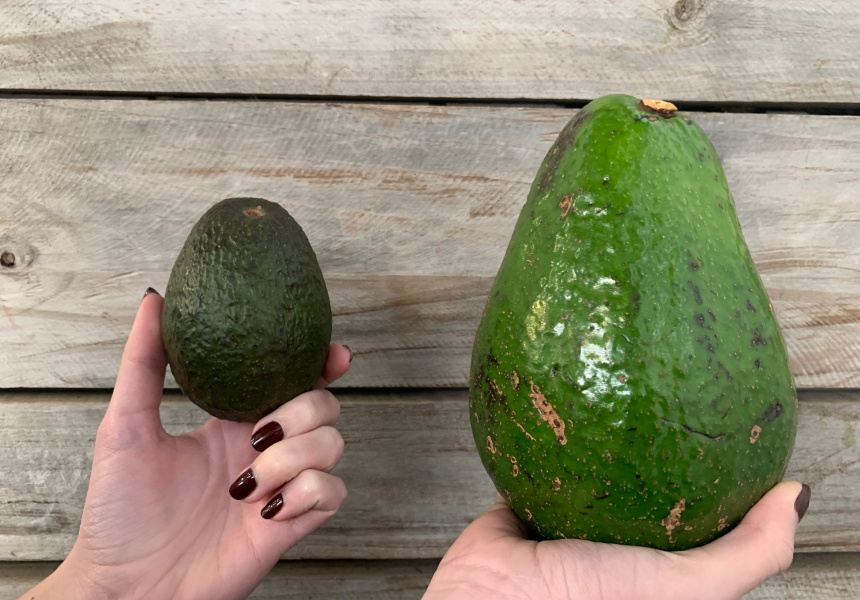 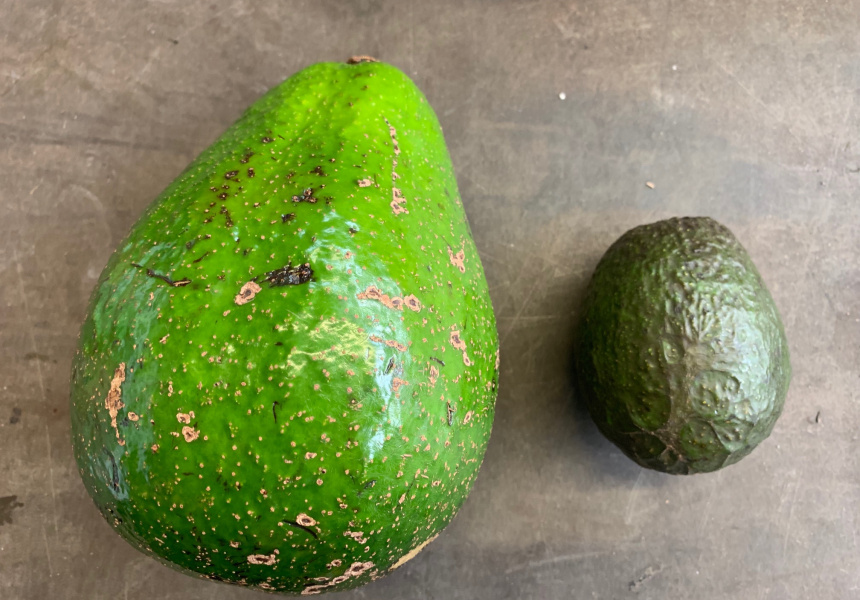 Sometimes, one avocado just isn’t enough. But this game-changing avo has enough for a week’s worth of brunches.

The giant avocado, dubbed the “avozilla” – which has been making the rounds on social media – can weigh anywhere between 800 grams to 1.3 kilograms. By comparison, a regular Hass avocado weighs around 170 grams.

Currently, Groves Grown Tropical Fruit in Queensland is the only commercial grower selling to consumers in Australia – it tends to a block of 400 trees on its family farm in central Queensland. It’s only the second year the monster avozilla has been sold commercially. The largest they’ve harvested to date weighed in at 1.8 kilograms.

“It’s a nice little niche market we’ve got at the moment,” grower Ian Groves tells Broadsheet. “People seem really excited about them because they’re quite different.”

Groves explains the giant fruit isn’t “the result of some mad lab experiment”. The variety, otherwise known as the Post Office, actually originated in South Africa as a result of different avocado species mixing. Growing a Post Office tree isn’t all that different from your regular avocado tree, and both are treated the same way.

The Groves family planted its first Post Office tree 10 years ago and laid down a commercial paddock in late 2014. As they’re still relatively young, each tree only produces six to eight fruits per season.

But they won’t be the only commercial growers for much longer. At least one other farmer has been growing them and is expected to enter the market in the next year or two.

“One of these years, he’ll have fruit, and I’ll be pleased when he does so we can try and meet the demand,” says Groves.

Groves will pick the last of the fruit today and then continue harvesting other produce, including regular avocados, until avozilla season returns in May next year.

And please, for the love of god, refrain from poking and squeezing them, they’re too precious to waste. Below is a list of avozilla sellers – just be sure to call ahead as stocks are limited.