A temple of natural wine, a smart backstreet bar-restaurant hybrid and a boundary-pushing venue debunking conventions were among the winners. 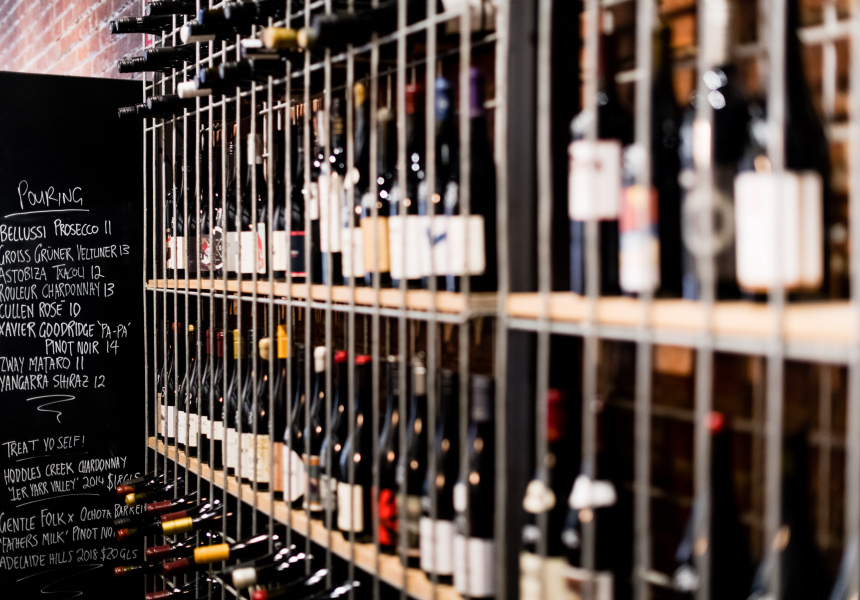 It would have been a surprise but a welcome win for Andrew Joy (front of house), Travis Howe (sommelier) and John Paul Twomey (chef). The smart backstreet bar-restaurant hybrid, which opened in 2018, had only just come out of a seven-month lockdown.

Adelaide’s Leigh Street Wine Room was also recognised, taking out the Best New Haunt category. The striking venue opened just over a year ago and is very committed to vino, with 400-odd bottles of minimal-intervention drops on hand, alongside some of Adelaide’s best food. It’s run by chef and co-owner Nathan Sasi and his wife, Sali Sasi.

Snack Man, in Brisbane’s Fortitude Valley, took out the Maverick award, which recognises venues that push boundaries. Judges say it fit the category for a number of reasons – including debunking wine-and-food-pairing conventions by matching European wines with “tricky-to-match” Chinese snacks. Additionally, its 300-bottle-strong cellar is completely unlisted, meaning people have to chat to staff to order their drinks. “This gambit could backfire but here it turns into an adventure,” Wineslinger said in a statement.

And finally, Union Street Wine in Geelong, Victoria, took out the People’s Choice award. The wine bar and store by duo Andy Leigh and Lewis Phiddian opened in 2014, and sells an eclectic mix of international and local winemakers.

The annual event was, for the first time, hosted virtually. More than 100 of the country’s leading sommeliers, winemakers, hospitality tastemakers and journalists voted for the country’s best places to drink wine, with a shortlist of 50 announced in August. The list included everything from city bars to country pubs – celebrating the diversity and vibrancy of Australia’s drinking landscape in 2020.