The world’s biggest importer of Australian-caught lobster has banned the prized crustaceans. The resulting surplus means you’ll be paying $70 to $100 a kilo instead of the usual $130 to $150. If you like lobster, this is the year to eat it – and to support the local industry. 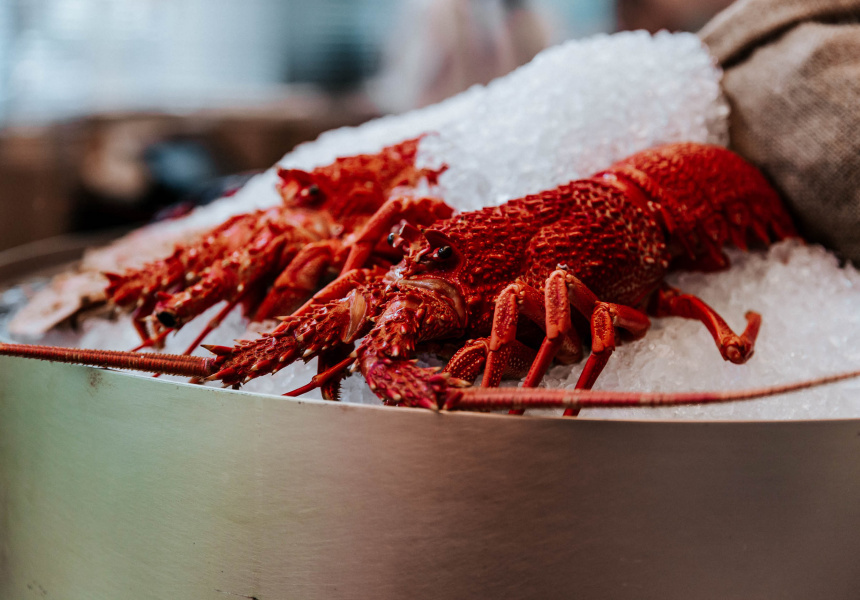 Earlier this year, when hospitality businesses were forced to shut due to Covid-19, top-notch seafood wholesalers switched from supplying restaurants with its sashmi-grade seafood, oysters and other high-end produce, to slashing prices and delivering it directly to homes, and even to supermarket chains.

Now another prized seafood item has become more affordable – this time due to politics.

Lobster prices have dropped around the country because of an import ban on Australian live lobster by China, which used to take in more than 90 per cent of the country’s rock lobsters.

For months local producers have been affected by the escalating China-Australian relations, with the Aussie agriculture minister David Littleproud telling the ABC the crustaceans were sitting at Chinese ports after customs clearance delays due to increased inspections; the Chinese government citing concerns about trace elements of metals. The hold ups and ban have led to plunging domestic lobster prices.

“Just like all markets, supply and demand dictate price so there’s quite a bit of product available,” Erik Poole, supply and business development manager for Sydney Fish Market, tells Broadsheet. “We’re not wanting to get too involved in the politics of it, but it’s more about helping our primary producers.”

At the Fish Market, prices are almost half what they were this time last year. And according to Stephanie Kaparos, CEO of Melbourne’s Clamms Seafood, prices from the company’s partner fishers have dropped from the usual $130–$150 per kilo to just $70–$100.

“They've lowered their prices to be more appealing to the domestic market, which has been great, but we need to also make sure that we're supporting them so they're also earning a living through this time,” she says.

Clamms gets its rock lobsters from Tasmania and Apollo Bay in Victoria, while crayfish is supplied from Western Australia. “We’re buying a bit from everyone just to make sure we’re helping everyone,” Kaparos says.

Poole expects prices to pick up in the coming weeks, particularly closer to Christmas, but they won’t be anywhere near holiday prices in previous years. If trade tensions don’t ease, he says prices might stay low well into the new year.

“This year, with prices the way they are, obviously there’s going to be a lot more lobster around, and that’s great because it’s made them something that everybody can afford to try this Christmas, and what a great time to do it and support the industry,” he says.

“For Australians, I think it would be great if prices stayed like this but for the fishermen themselves, they want exports to open up again as soon as possible,” Kaparos says. “It’s really hard to know what’s going to happen.”

China’s ban on Australian lobster comes amid escalating trade tensions and tariffs that have also affected Australian wine, timber, barley and agriculture. The Conversation estimates an all-out trade war would cost Australia six per cent of its GDP. With His New Online Bakery, a Canelé-Obsessed Frenchman Sells Just One Item