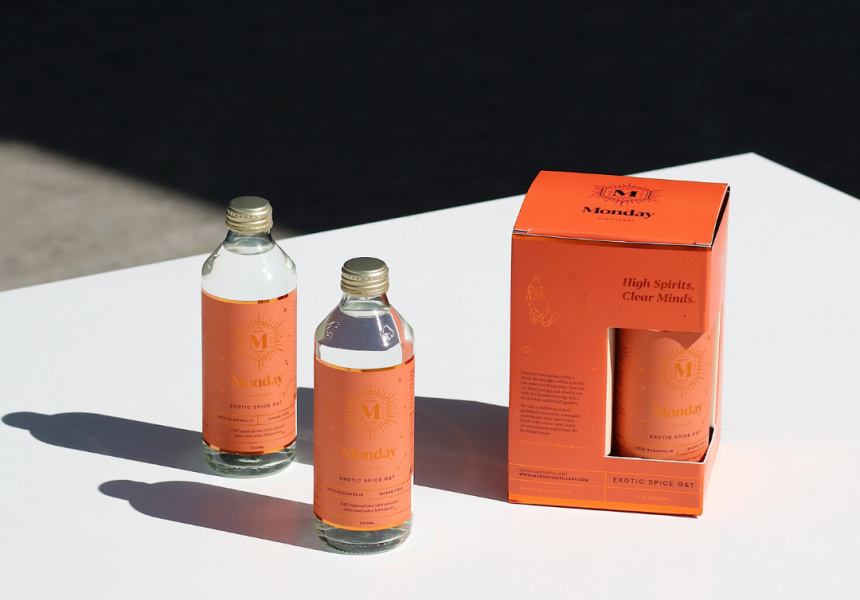 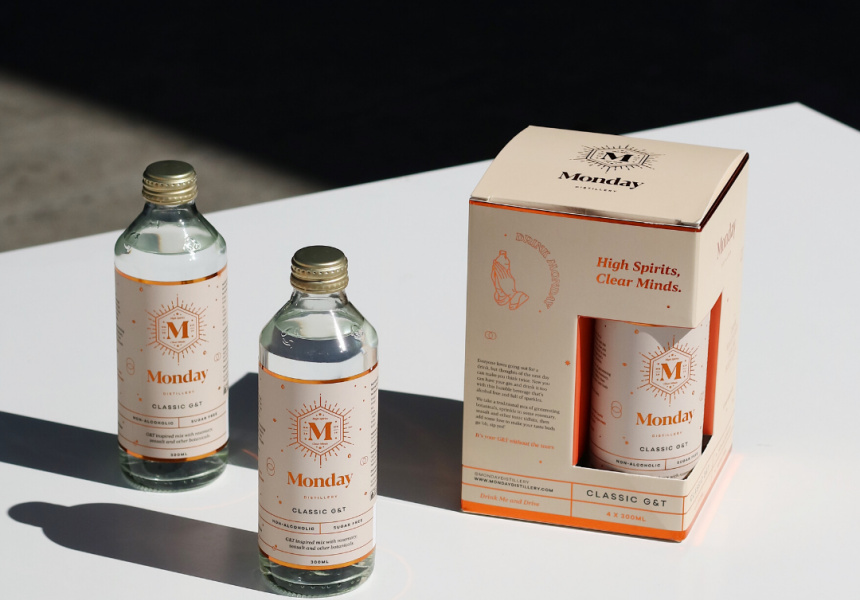 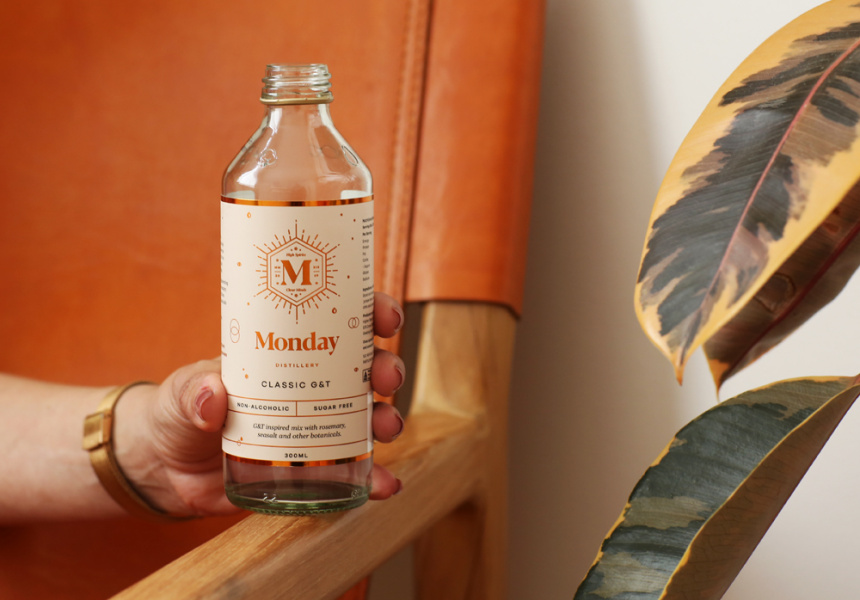 A Geelong-based distillery has released two ready-to-drink gin and tonics, with no alcohol, no sugar and hopefully fewer hangovers.

Monday Distillery’s classic G&T is infused with rosemary and sea salt, while an Exotic Spice version has a touch of cinnamon and nutmeg.

Both come in stylish bottles, so non-drinkers can still enjoy something sparkling on a Friday night, aside from a straight-up soda water or a sugary soft drink.

“There’s so much peer pressure to drink,” says Monday founder Samantha Manning, who now runs the company with her husband Hayden Farley.

“I wanted a bottle that looked like you’re enjoying an adult beverage instead of a soft drink … one that doesn’t have all the sugar of a soft drink. We wanted a mindful alternative to drinking.”

Monday uses similar techniques to mimic popular mixed drinks. First up were the two gin and tonics, but an alcohol-free Dark and Stormy-style drink is also available. It has a spiced-rum-flavoured base, blended with ginger beer and lime.

All Monday’s drinks are made with carbonated Australian spring water and stevia instead of sugar.

“There are plenty of reasons people are going alcohol-free – whether it’s because you’re driving, are pregnant, [or] have health issues,” says Manning.

She also wanted to add another option for people giving up alcohol for month-long challenges such as Feb Fast, Dry July and Ocsober.

“And maybe people [who] just want to feel good the next day when [they] wake up,” she says.

Manning says the growth of the zero-alcohol drink market is a sign of the times. And while some Australians have been drinking more due to Covid-19 stressors, her company’s sales have also peaked.

There are already a couple of alcohol-free spirit brands in the Australian market, such as Seedlip and Lyre’s, but Manning wanted to add a pre-mix to the mix.

“Everyone wants to feel included,” says Manning. “They want to join the party, drink something interesting, and become a part of the conversation.”

Monday Distillery’s Classic and Exotic Spice G&Ts are available online, or at Dan Murphy’s stores in Victoria. Eight-packs are $50.