Produced by Broadsheet in partnership with Minor Figures.

The Architecture of a Hassle-Free Picnic

Long summer afternoons inspire singular thoughts: namely, how to make the most of it. In partnership with Minor Figures, we look at planning an ideal summer picnic without too much planning. 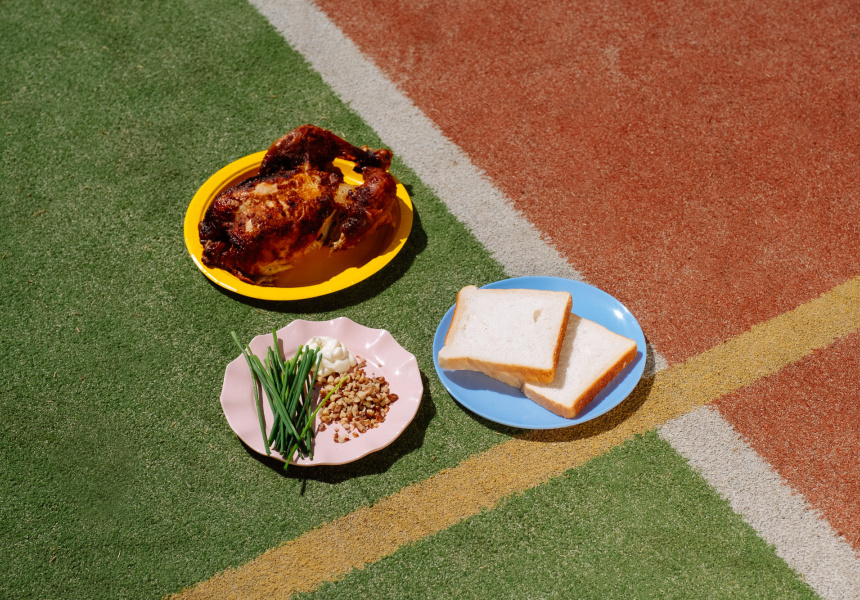 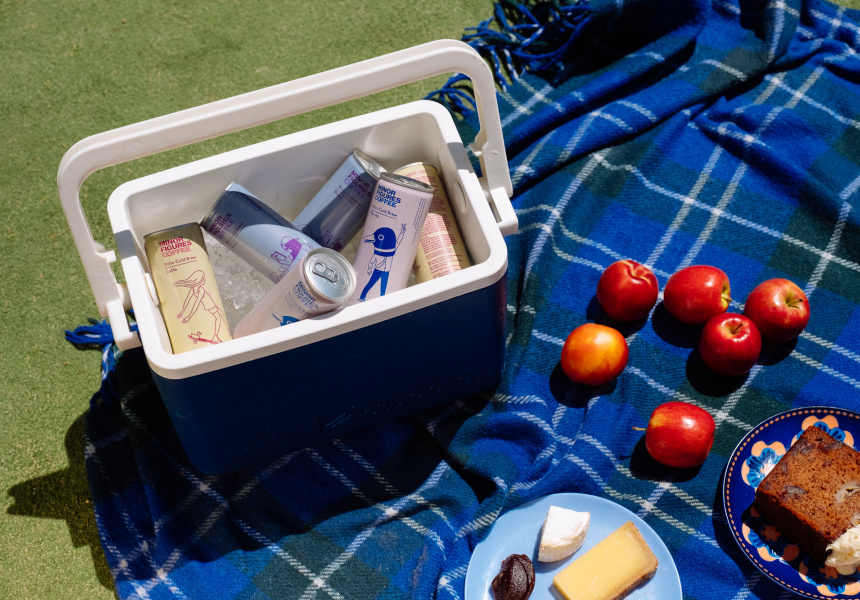 The beaches are filling up. Parks are busy. Picnic blankets are being unfolded from their winter position in the boot of the car. And, as summer rolls on, the migration from the lounge room to the outside world will only become more intense. So, if you’re planning a picnic, it’s best to come prepared.

There’s more to organising an ideal picnic than just rocking up early to get a good spot near the lake or under a shady tree. Dom Wilton of top-notch Melbourne sandwich shop Hector’s Deli knows a thing or two about sating the masses with food and drink. He says the true picnic starts in the kitchen.

Do the hard stuff at home
Wilton says preparing everything beforehand means less to worry about when you get there. This includes assembling and pre-cutting your sandwich smorgasbord so you don’t need to bring a load of inconvenient ingredients and utensils.

“I think the idea of packing a picnic is to pick things that don’t need a whole lot of attention or don’t need to be handled with care,” says Wilton.

When he’s preparing his favourite bread envelope, Wilton goes for a classic tea sandwich his mum used to make – a mix of chicken, Kewpie mayonnaise, chives, toasted walnuts, lemon juice and white pepper between two slices of soft white bread, cut into triangles with the crusts removed. “I’d usually skip poaching it and just go to [the supermarket] for a free-range roast chicken,” says Wilton.

Cheese and bread is another instant favourite. Always includes three cheeses: a blue such as Carles Roquefort, a hard cheese like Comte, and something creamy – a triple brie will do – although it’s important to get Will Studd’s stamp of approval.

“There’s no process,” says Wilton. “Slather it on a good crusty baguette and it’s good just like that. Taking something like quince paste or even some mustard [seeds] would also be super easy,” he says.

For dessert, Wilton goes for something sturdy such as a carrot cake or banana bread – resilient, tasty and not too delicate.

Keep the cooler ice cold
Inside your ice-box Wilton characteristically likes a bottle or two of burgundy to go with the cheese spread, along with a few packs of beer. Not just any beer, though, “flavourless and run-of-the-mill” is how he describes it.

“I wouldn’t go for something crafty or the really hearty types,” he says. “It’s just the type of beer I think is best to drink with food – just something very drinkable,” he says.

You will also need some coffee. In this case a cold brew like Minor Figures, which recently introduced its range of nitro cold brews to Australia – the nitrogen helps give the coffee a creamy texture and foamy latte head. Minor Figures, of course, is the trendiest entry in a new wave of non-milk products – made using delicious oats for the creamy stuff – with no added sugar and completely safe for vegans.

No need for cutlery…nearly
Wilton shakes his head when the question of cutlery comes up. “Oh, no, no. No cutlery. Absolutely not – one knife and you’re good to go,” he says. “The rest of it, you have to be a bit barbaric.”

Dishes such as rice or salad are out of the question, so choose items that can be eaten with your hands, such as sandwiches, rolls and share snacks.

The knife is a necessity though. Aside from the sandwiches, Wilton recommends bringing items like the cake and cheese whole. “I always go rustic – I’d never pre-cut cheeses, never portion a baguette, never pre-slice a cake,” he says.

Invest in a good picnic basket
“Investing in a super nice, ergonomic and spacious, old-school-looking basket is one of the best purchases I’ve ever made,” says Wilton. “It’s the reason we go and have picnics – because we’ve got this really cool basket.”

A traditional wicker-style number is effective for keeping your food safe during the journey to your destination – whether it be by car or public transport. If you haven’t got a picnic basket, choose something sturdy to carry your goods in instead – leave those canvas totes at home.

You could, perhaps, place all your stuff in the Esky in a pinch, but the beauty of Wilton’s spread is none of the food need be kept particularly cold.

“I think that comes back to the idea that when you’re choosing what to bring, you need to make sure it doesn’t require types of preparation,” he says.

A good picnic blanket is also important, though that largely depends on where you’re going. For example, Wilton has a rule: “Don’t do a picnic at the beach. There’s sand everywhere, it’s hot, and it’s horrible. Don’t do it.”

This article is produced by Broadsheet in partnership with Minor Figures.

Produced by Broadsheet in partnership with Minor Figures. Learn more about partner content on Broadsheet. 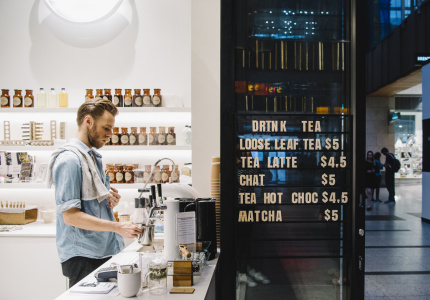 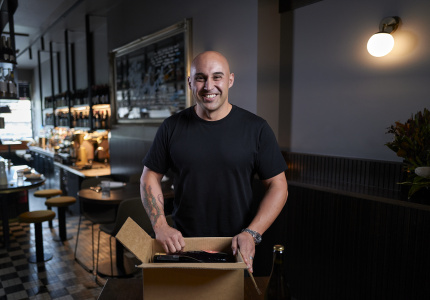