The aid organisation has named and shamed fashion brands for their lack of transparency over paying living wages to garment workers. It also congratulates a couple of surprising inclusions. Since 2017, Oxfam has been calling our attention to whether or not popular brands are paying their factory workers a livable wage.

If it sounds familiar, it’s because the list comes weeks after Baptist World Aid’s Ethical Fashion Guide, which assesses clothing brands across criteria such as working conditions, environmental impact and workers’ wages.

Oxfam’s almost-annual Naughty or Nice list focuses on living wages for its garment workers because, when the international development and human rights organisation started investigating safety conditions in garment factories following the 2013 Rana Plaza fire in Bangladesh, it found low wages were not only keeping workers in poverty but also impacting their safety.

The report says: “Women were more vulnerable to sexual assault in the workplace and those who were mothers are denied to opportunity to care for their young children because of the long hours and lack of nursing facilities and breaks. So, in 2017, Oxfam launched the What She Makes campaign to support the global movement for living wages and gender equality.”

Each time the Naughty or Nice list is released, it can have a big impact on whether shoppers continue to spend money with brands that scored badly.

Oxfam tells Broadsheet it chooses a select number of companies to examine, based on their size and market share in Australia. This year’s list includes 17 brands, most of which are Australian, with a couple of international inclusions noted for their potential to have the biggest impact in factories overseas.

“For example, a larger brand might make up over half of the orders that a factory receives. If this larger brand changes their purchasing practices, then this could create a shift within the factory,” an Oxfam spokesperson tells Broadsheet.

This year’s “naughty” brands are Zara, Jay Jays, Just Jeans, Lorna Jane, Myer and Peter Alexander, which Oxfam says are failing to be transparent about whether or not their garment workers are paid a living wage.

“Three major clothing companies in Australia – Lorna Jane, Myer and the Just Group – have failed to take the basic step of publishing key information about where they manufacture their clothes,” said Oxfam Australia chief executive Lyn Morgain, in a statement.

“It’s particularly disappointing to see brands that promote the wellbeing of women, such as Lorna Jane, failing to be transparent about the factories in which their clothes are made. This supports a culture of secrecy that is harmful to the wellbeing of all women, including those who make our clothes, and entrenches the massive power disparity between brands and garment workers,” she says.

It’s the first year Lorna Jane has been included in the list, which is the third biggest company in the Australian activewear market. The Brisbane brand holds 8.1 per cent market share, according to IBISWorld.

“What is at the heart of this issue is the garment workers – mainly women in low-income countries – who make our clothes,” says Morgain. “These women aren’t paid enough to build a better future for their children, because their low wages keep them in poverty.

“It’s time for Australian brands to acknowledge and use the power they have to ensure these women are empowered to lift themselves out of poverty through the payment of a living wage.”

The 2021 Naughty or Nice List congratulates a few fashion brands that have made commitments towards living wages for garment workers. Dangerfield, Gorman and H&M came top of the list.

In order to be featured on the “nice” list, brands must have published their factory list, which needs to have been updated within the past 12 months. Brands also have to make a public, credible commitment to living wages, which should include key milestones so they can be held to account.

“Last year we asked brands to commit to separating out labour costs to ensure there was clarity between factories and brands about the expectations of payment to garment workers,” Morgain said. “It’s been so heartening to see so many brands step up to the plate.”

In previous research undertaken by Deloitte Access Economics for Oxfam, it found that on average labour costs only make up four per cent of the overall cost of garments – and shockingly, it would only require an increase of one per cent to the retail cost of garments to ensure those who make our clothes are paid a living wage.

“This Christmas, we want shoppers to demand better from the brands they love so that our celebrations don’t come at the expense of the women who make our clothes and their families,” says Morgain.

Lorna Jane responded via a media statement published to its website outlining its commitment to ethical sourcing and combating modern slavery.

In it, Lorna Jane says it takes “a very serious view towards our social accountabilities, ethical sourcing and our responsibilities under the Australian Government’s Modern Slavery Act 2018.” The statement goes on to say it is committed to paying a living wage for all who manufacture its products.

In addition to adopting a Modern Slavery Statement, Lorna Jane’s statement says its commitment to paying a living wage is “based on the globally recognised Anker Methodology”.

“Compliance is a high priority for our business. We have a zero-tolerance policy for any factories that do not: pay the living wage to workers, pay the correct overtime rates to workers, practice appropriate health and safety in the workplace and in dormitories,” the statement reads.

“We have previously rejected, and will continue to reject, factories that do not meet the global standards and our internal code of conduct.”

Broadsheet reached out to Myer and the Just Group (for Jay Jays, Just Jeans and Peter Alexander) for comment. 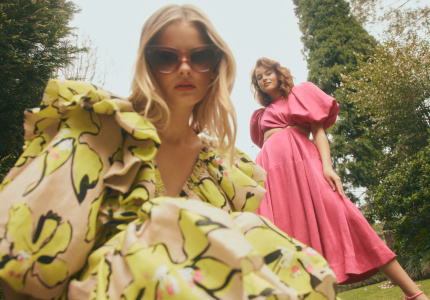 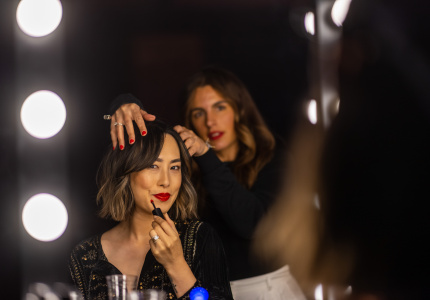