Think you’re impervious to impulse purchases? Think again – boutiques have the upper hand much more than you probably suspect. 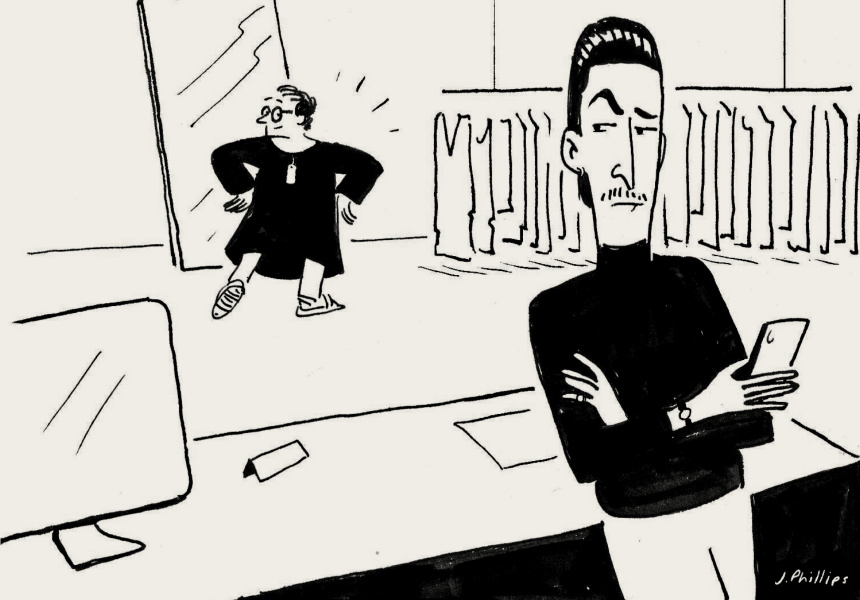 All is fair in love and war. And retail. Hunting for clothes is a vicious blood sport in which the retailer almost always wins. But, like literally everyone, I consider myself a savvier shopper than most.

I keep my eyes peeled for sample sales. I’ll happily wait for the end-of-season purge. Most importantly, I’m impervious to the retail mantra, “That looks really great on you!” Total amateur hour.

Although, there’s one way to make me buy anything. It’s a strategy used widely by retail assistants in upscale boutiques, and it’s tantamount to psychological warfare. I call it “shubbing” – a fusion of “shopping” and “snubbing”.

I was shubbed recently upon entering an edgy European flagship store in the CBD. My intention was innocent enough: I would scope out some nice billowy shit and feed my ongoing Hamptons-for-the-summer delusion.

Sure, I wasn’t planning on actually buying anything, and yet … I was still maddened that the sole employee didn’t greet me. Not one glance from this tall man, dressed seemingly in a full-body turtleneck. His outfit was divine, and I hated him for it. But I’m a mature, sane person. So I went about my business.

After a few minutes of browsing, still silence. About 10 minutes in, I was holding up a black linen smock between myself and a mirror, as bait. I couldn’t afford this smock, which was simply a tube of fabric. It looked like the protective gear worn by a kindergarten teacher during a finger-painting session. That was an optimum moment for the assistant (whose name was probably Atticus or Crispin) to offer some encouragement. Maybe something like, “Oh yeah, you can totally rock a smock!”

Atticus remained behind the till, on his phone.

There it was. A classic shub. I began to wonder if Atticus would still be on his phone if I seemed more like someone who could afford the smock. Another thought: if I actually bought the smock, Atticuses everywhere would put down their phones and validate me. After a brief dissociative state, I left the store having tried on and purchased the smock. All to prove Atticus wrong. I’d been shubbed – snubbed into buying a designer smock.

I’ve got similar stories to blame for my biker boots, two neckerchiefs and raw-denim jeans in which I’m physically unable to sit. The smock now rests alongside them, in my wardrobe’s section for outfits I’ll never actually wear. You win, Atticus.