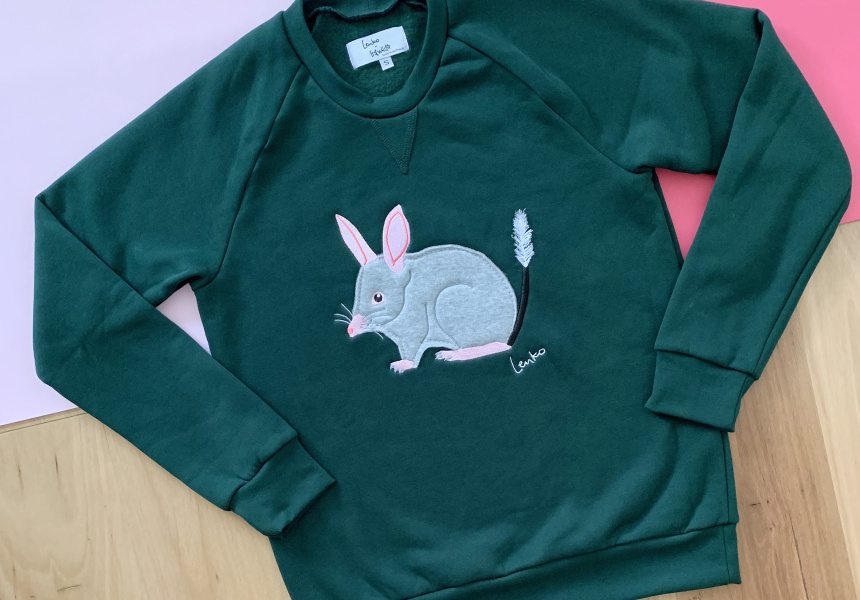 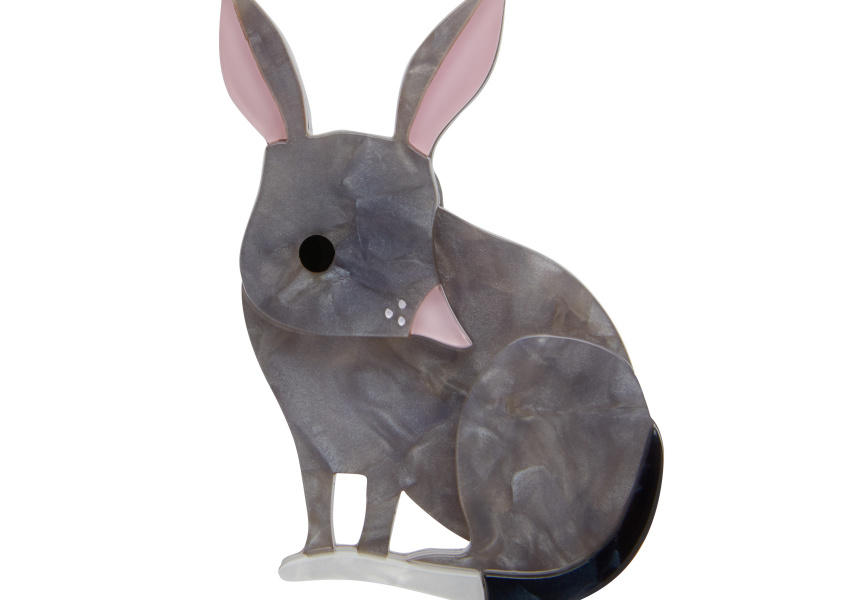 Wear your heart on your sleeve and an endangered species on your chest. Resin brooch-maker Erstwilder and clothing designer Dana Lenko have released a range of limited-edition gear to raise awareness about endangered animals. They also donated a portion of their first-day sales to The Wilderness Society, which focuses on conserving Australian fauna and the environment.

Erstwilder has been making resin brooches with the help of local artists and designers since 2011, while Lenko began her yearly animal sweater line back in 2006. Both draw inspiration from animals and the natural world, and are open to suggestions from fans about future designs. When Erstwilder began receiving more requests for pins of certain endangered animals, the team enlisted illustrator Jess Racklyeft to design the brooches.

After Racklyeft had finished her initial drafts, Erstwilder contacted Lenko – who was living in Mexico City at the time – about a collaboration. From the 15 animal designs that Racklyeft drew up, Lenko chose four to interpret into her signature sweaters: the Galapagos penguin, pangolin, blue whale and bilby.

“I was aiming for animals that would translate to applique the best, where I could provide those fun details, but I also wanted to tell the stories of those particular animals,” Lenko tells Broadsheet. The result is a range of brooches, sweaters, and jewellery highlighting certain endangered or at risk species.

As each piece is handmade in Australia, only limited numbers were produced. The availability of Racklyeft’s brooches ranges from 400 to 900 pieces per design, while less than a hundred of each sweater style from Lenko are available. Some items – like the blue whale, tiger and tarsier brooches – have already sold out.

“We’re both independent designers working in Melbourne, and we’re small businesses. I saw those parallels in the way we work and their positive, genuine energy about doing good,” Lenko says.

Despite the different products and mediums, there are similarities between the processes at both companies. Both are designed with layers in mind: laser-cut pieces of resin are hand-assembled and placed on top of each other to convey the design, just as hand-cut shapes of fabric are overlaid and stitched together to form whole animals in the sweaters.

“That was a super interesting thing, to jump into someone else’s creative process and see how they bring their product to life,” Lenko says.

Racklyeft is also passionate about animal conservation and has been involved with a number of non-profits, so she tells Broadsheet she was chuffed when Erstwilder asked her to design the collection.

“We tried to build a range that looked coherent in colours and shapes. It covers a few different animals from the world, and some of my personal favourites are in there,” she says.

While choosing one favourite proved difficult, she gushed about the orange-bellied parrot. “[It’s] a Tasmanian bird that flies to Victoria, so I knew I had to include it,” she shared. “It’s such a beautiful animal that’s also so rare.”

For Lenko, the research she’s done over the years for her animal sweaters revealed that more and more animals are being put on endangered species or at-risk lists.

“That’s just the sort of world we live in now, where most animals are losing their habitats or being hunted,” she says.

When the collection launched on July 2, $2 from each brooch and $10 from every sweater sold on that day went to The Wilderness Society, with a total of over $4,500 raised and donated.

Racklyeft says the goal is to get more people talking about global issues like this one. “They’re such big, bright pieces,” she says. “Hopefully [they’ll] get people to start having more conversations about animals and the environment.”

For Lenko, it goes beyond the charity aspect and animal conservation awareness. “The way we live on this planet, we can tread much more lightly and those actions on a daily basis can put a lot less pressure on earth,” she says. “Daily choices that are such easy ones to change, I think they make a huge impact and cost you nothing.”