The Melbourne fine diner has recruited six of its talented artist mates to design a range of merch, including T-shirts, tea towels and more. Among them are prolific street artist Heesco; Paul McNeil, who designed a poster for the Rolling Stones; and Callum Preston, creator of a wildly popular ’90s-style milk bar installation. 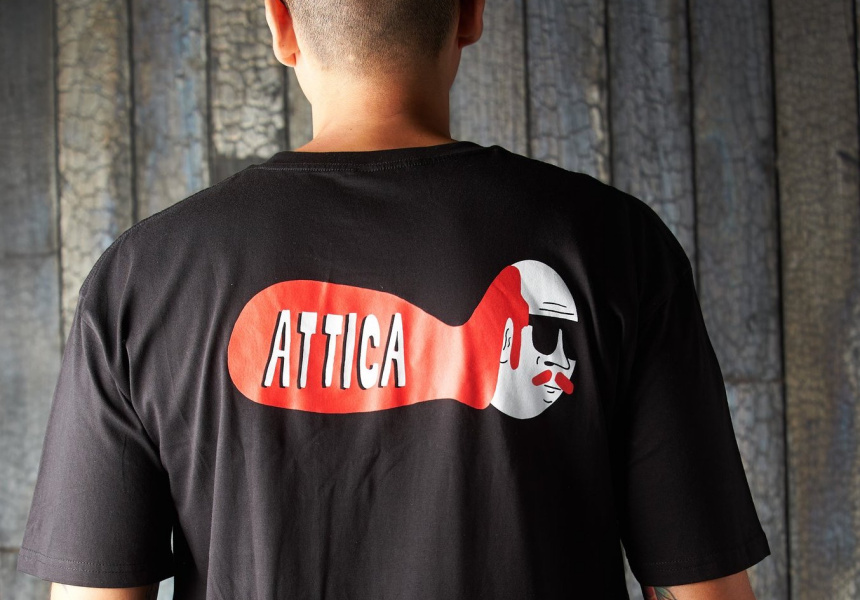 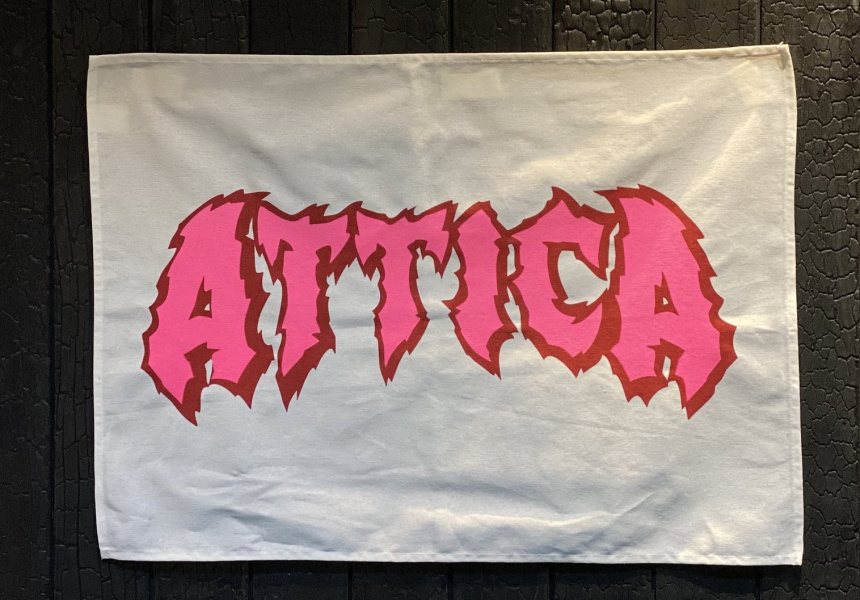 Ben Shewry’s acclaimed Melbourne restaurant Attica offers many things – most recently family-sized lasagne for $60, a fraction of what you’d normally pay for Shewry’s cooking, and baked goods. But its colourful branded T-shirts have always been strictly staff-only.

Now, in order to raise additional cash while the restaurant’s service is limited to takeaway, Shewry’s launched an online store selling the coveted tees to the public, as well as tea towels, stickers and more. And, in typical Attica style, he’s upped the ante on standard merch.

The range, dubbed the Attica Artist Series, will roll out over the next few months, showcasing designs by six prominent Australian and New Zealander artists.

“We’re good friends with all of them,” says Shewry. “Some wanted direction, which we would then give, and others just did their own thing. We know their art and style and don't want to put any creative restraints on their work.”

The first artist to feature is Mongolia-born, Melbourne-based street artist Heesco, who created Attica’s eye-catching hot-pink lightning bolt logo but is best known for his large-scale murals. (In 2017 he painted this towering laneway tribute to some of the world’s top chefs to celebrate Melbourne hosting the World’s 50 Best Restaurant Awards.)

Next is Tom Gerrard, who started painting on Melbourne’s streets in the mid-’90s but whose works – mostly murals of urban landscapes and used objects – are just as likely to be found in a gallery.

Kamilaroi artist Reko Rennie, who this week launched an evocative new installation at Carriageworks in Sydney and is behind this sprawling neon mural at Melbourne restaurant Di Stasio Città, is also on the list.

He’s joined by Byron Bay-based artist Paul McNeil, who’s designed for the Beastie Boys, the Rolling Stones and surf brand Mambo; Kiwi illustrator Ross Murray, known for his bold, surrealist pop art; and Callum Preston, whose art is steeped in memory and nostalgia (in 2017 he recreated a ’90s milk bar in Melbourne).

The 100 per cent cotton T-shirts are $45, the tea towels are $25, and both can be shipped worldwide. New designs will be revealed every two weeks. And while the artist line-up is currently all-male, more talent will be added soon.

“We’re looking forward to being able to send a little piece of Attica all over the world,” says Shewry.