Like many of us, Melbourne jeweller Ada Hodgson took to baking breads and pastries under lockdown. Now she’s channelled all that mixing, kneading, rolling and proofing into a collection of gluten-inspired goods. 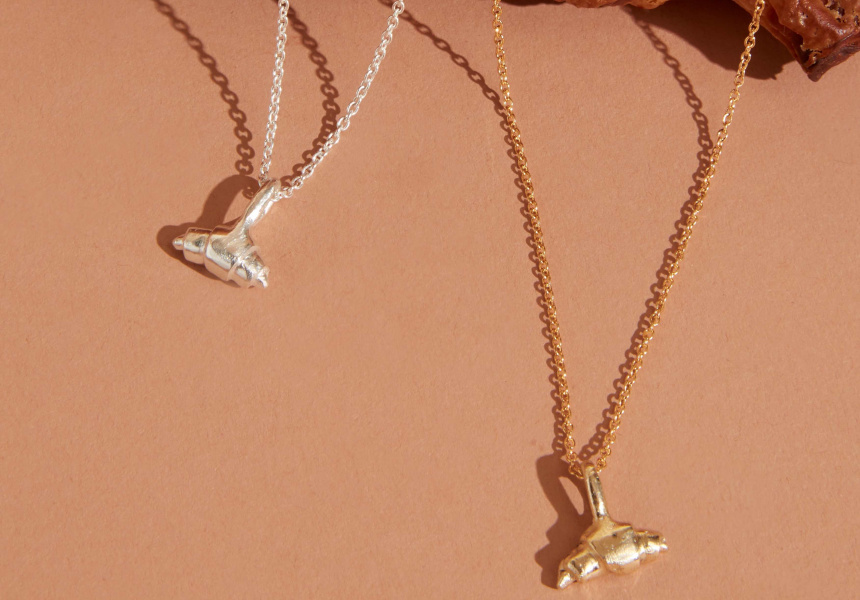 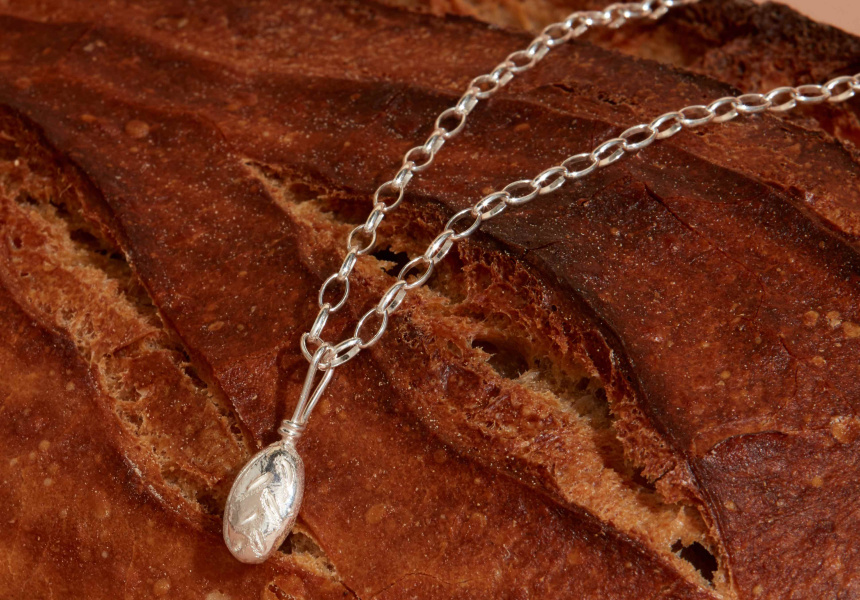 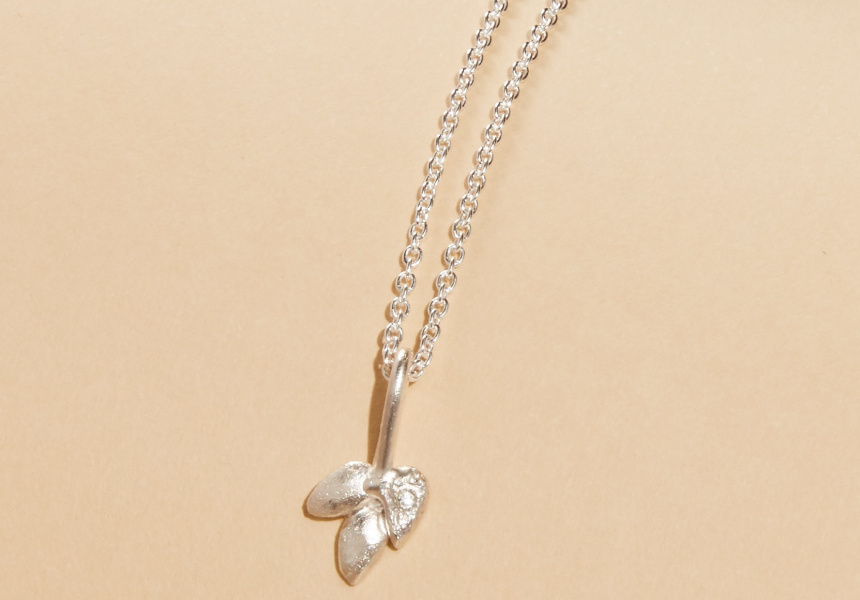 When Australians were asked to isolate at home, Melbourne jeweller Ada Hodgson packed up her CBD studio and moved it into her backyard shed. But she found herself spending most of her time in the kitchen.

“I almost never baked before iso – I used to be perpetually terrified of ovens,” she tells Broadsheet. “[During iso] I’d get up at 5am to bake fresh hot bread for breakfast, ready for my household when they wake up.”

Now she’s combined her two crafts in a collection of petite and delicate necklaces dedicated to all the breads and pastries many of us have been cooking up in lockdown.

Inspiration first struck when Hodgson joined the Coburg Sourdoughers group on Facebook, where members share sourdough starters all made from the same 120-year-old mother. She began making simple loaves with her starter (nicknamed Bread Pitt), and her baking habit grew – or proofed – from there.

Soon Hodgson was baking crumpets, biscuits, flatbreads, focaccias and croissants to share with friends and housemates.

“It felt really wholesome and communal, being able to bake for people when we couldn’t go out for dinners,” she says. “It was sort of meditative and took up a lot of time. And there was a lot of time to take up.”

Now she’s turned the glutenous goods into a wearable collection, Flour, which includes sterling silver and nine-carat gold necklaces with pendants of sourdough loaves, sheaves of wheat, and croissants.

Using a method called lost-wax casting, Hodgson moulds wax in shape, makes a plaster cast around it, melts out the wax then fills the plaster with molten silver or gold.

The sourdough pendants are scored as you would a free-form loaf, and textured in some parts. Hodgson rolled, folded, cut and shaped the croissant mould the same way a pastry chef would work with the buttery dough. And the wheat sheaf – embellished with a tiny diamond – is a nod to her usual subjects in nature.

“With jewellery-making, you sort of work back from your final design to get the result you want, almost like developing a recipe you have to follow step-by-step,” she says.

“It’s sort of like taking a chance at my favourite bakery, Loafer – it only has so much stock so when it sells out and you don’t get a croissant, it’s heartbreaking,” she says. “But that makes it all the more special if you do get in in time.” 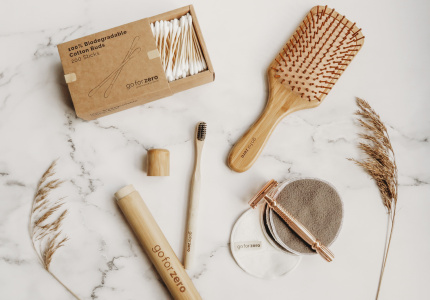 Go for Zero Is a One-Stop Online Shop for Natural, Zero-Waste Everyday Products

Go for Zero Is a One-Stop Online Shop for Natural, Zero-Waste Everyday Products