Tailored Suits for Women – Where Are They?

So many frumpy criminals, so many polyester impostors. I am currently massaging the details of my return-to-work after maternity leave, and naturally at the top of my list is "What Am I Going to Wear for My Dazzling Comeback?" It needs to be something that says “I’m Ready to Get Down to All of the Biz” and belies the fact that "It’s 9.23am and I Wanna FaceTime My Infant". Subliminal messaging via corporate attire – it’s a delicate craft.

So I was studiously researching my options (aka scrolling my Instagram feed in the supermarket queue) when I came across this slam dunk; 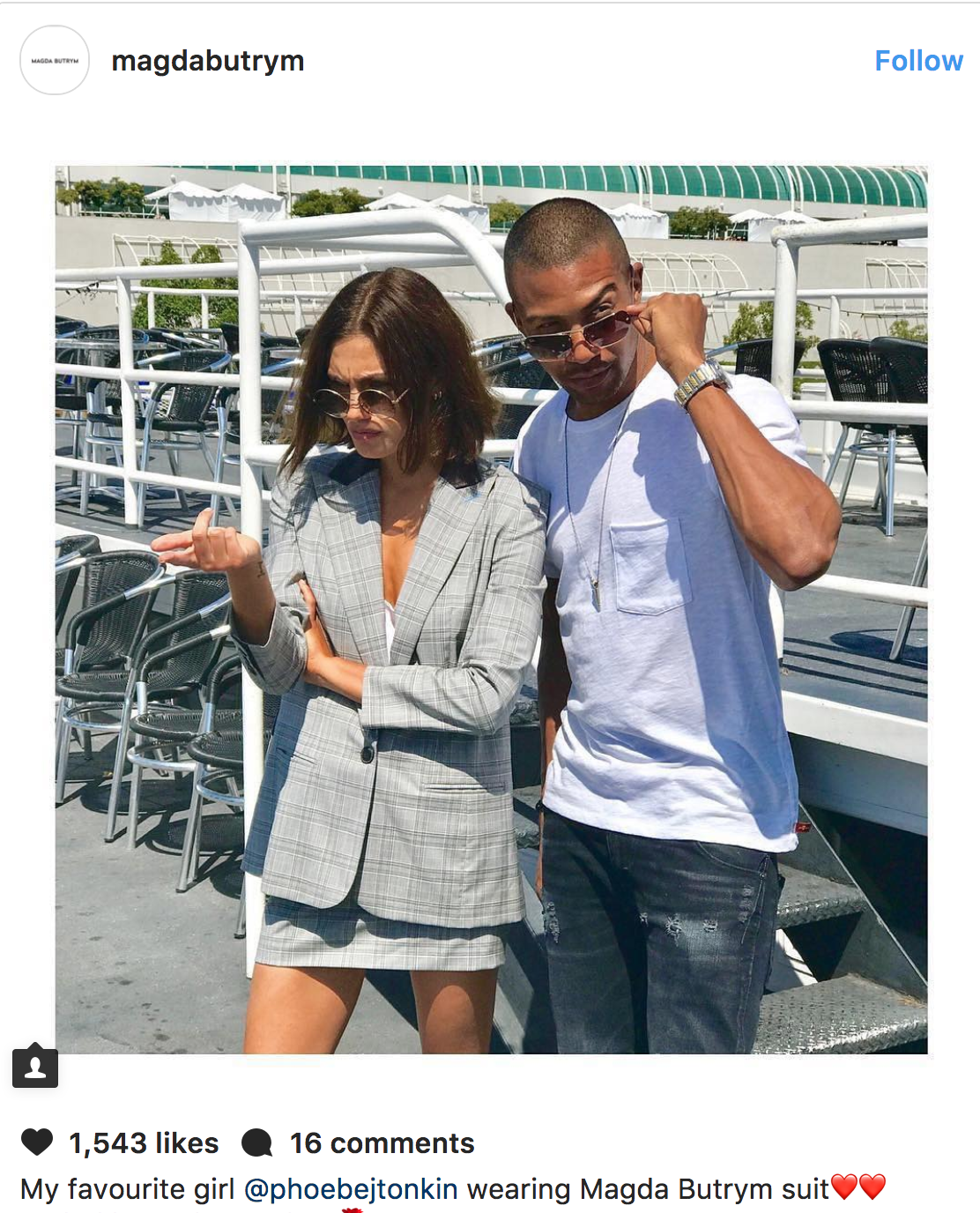 Suit-genius! Thank you, Magda Butrym (designer) and Phoebe Tonkin (actress-model gal), for this mirage. Like an ’80s power suit without the gridiron shoulders and pantyhose. I would probably wear the skirt a smidge longer but that’s a minor adjustment.

Although Butrym isn't known as a suiting specialist, this little number really wet my whistle for a similar ensemble. However, my jubilation rapidly withered. Butrym doesn’t retail Down Under, and, of course, these pieces are totally sold out online.

When I looked for alternatives, it quickly became apparent that the marketplace for women’s suiting – both off-the-rack and made-to-measure – is actually a trash-and-treasure bazaar. Heaps of trash, mythical treasure.

This not only hinders the grand entrance I had been imagining for myself, but also begs the larger question: why are there no decent suit shops or tailors for women? It is nigh on impossible to recommend a brand or tailor who specialises in swank suits for the gals. There are sundry “dressmakers”, stitching up fabulous bridal gowns and occasion-wear. But sweet Fanny Adams for any ladies after a custom suit.

And sure, there are some well-cut blazers and flattering cigarette pants out there, but these are generally seasonal and trend-driven – rarely made-to-measure or specialist. You might find a ready-to-wear gem if you have the dollars for Ralph Lauren or Stella McCartney. Theory is cheaper. But you’ll be paying for mass-produced apparel, not bespoke tailoring that will drape your lady lumps in the most perfect of ways. Women have no Patricia Johnson or Oscarella Hunt to suit them up. And arguably the rack of female offerings in the most popular men’s suit shops is an afterthought – so uninspiring, and daggy to the point of degrading.

Cue my sourest of lemon faces.

A sharp business suit remains a cue for credibility, competence, achievement and professionalism. There’s an entire academic strand of psychology dedicated to “impression formation” in the workplace, which has spawned a slew of Dress for Success manuals. Naturally, business suits are frequently cited. What you wear, rightly or wrongly, affects a person’s perception of you.

Granted, in the 21st century many professions accept a more casual dress code, especially on Fridays. The modern-day Don Draper or Madame Clicquot would not surprise if they presented in black jeans and a clean pair of Vans, or maybe a skivvy and designer spectacles. And perhaps the tech start-up industry is another exception, where the billionaires often resemble Beavis and Butt-Head over Cary Grant.

Yet by and large the corner offices with city views are still dominated by suits, and the suit connotes a certain type of person – typically a man.

The female embrace of the suit has been championed by a formidable few. Hillary Clinton, Her Majesty Queen Elizabeth II, Angela Merkel, Gail Kelly. Those type o’ gals. And let’s be frank, the boxy suits of Clinton and Merkel have encouraged memes and mocking, rather than imitation or derivative industry. Christine Lagarde makes it look smart, as (my top-ranking Google searches) Princess Di did back in the ’80s, and Amal Clooney does now.

So why has the women’s suit been relegated for the rest of us mere citizens, and what does this say about businesswomen in the workforce, where attire is also a reflection of personal brand? That we are as soft as our jersey dresses or daffy as our pussy-bow blouses? That unless you have a personal line to Giorgio, then honey, you just ain’t in the club?

In 2012 the Wall Street Journal decreed the female power suit over – that we didn’t need it anymore. I’m not sold (and even that newspaper has changed its tune). What if we want it? The simplicity of such a uniform, the ability to rationalise a price per wear, the confidence it carries, its classic elegance. A well-tailored suit is difficult to debate.

I’m not saying that you can’t wear whatever you fancy and still be Girl Boss. Rather, it’s just perplexing that there are so few tailors and designers catering to the potential sisterhood of suit-wearers. Because I can’t get it, I now want it more. With a brogue or a little loafer, some sunglasses and a swipe card: I’d be so ready to stomp right back into the office.

A special thanks to Melbourne's Franque and Suit Shop.