Sustainable Bamboo Undies for All Shapes, Sizes and Skin Colours

“Nude” lingerie is not nude on all skin types. This local label is out to change that. 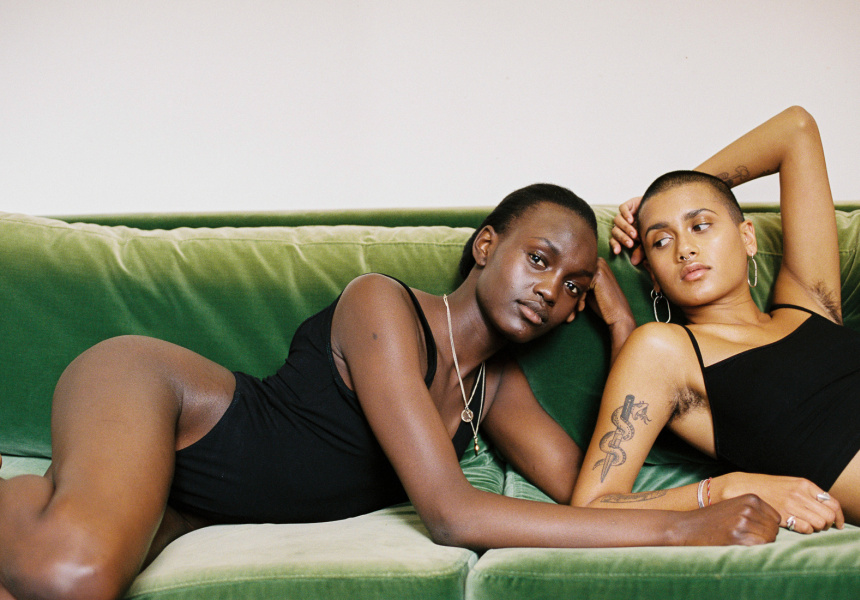 Melbourne designer Kara Kupe’s debut basics-and-underwear collection looks out for the earth and those who inhabit it.

Kupe’s label, Bare, launched in October last year. The seven-piece collection titled Parauri, which means “brown” or “dark” in Måori, is designed in Melbourne and produced in dye houses in Bali’s south by a network of local artisan women.

“[The pieces are] cut and sewn in a workshop, and then they’re divvied up among the local women who are artisans working from home and I just really liked that,” says Kupe. “I liked that there was no factory involved and people had the flexibility of working from home.”

As a Ngai Tahu and Te Atiawa iwi woman herself, Kupe was firm each piece in the collection should be given a Måori name, from the Amaia (“halo”) bodysuit, to the Hana (“glow”) high-waisted bottom, and the Ahi (“fire”) thong. She was also firm the collection should empower women of all colours, dismantling the fashion industry’s perception of “nude” underwear as being beige in colour – when in reality many women’s version of nude is darker. This range instead comes in six hand-dyed colours, traversing dark brown, brown, sugar and cream, so that bra straps and undies will match a variety of skin tones.

While a lot of the fashion we buy is still made from hard-to-break-down synthetic fibres (including polyester, nylon, rayon and spandex), this collection uses one of the industry’s most sustainable materials – bamboo. Not only is it soft, light and biodegradable (the plant regenerates quickly without needing large quantities of water, fertiliser, herbicides or pesticides), it’s perfect for down under (as an undergarment) due to its durability and antibacterial qualities.

“We grew up with the ’90s models – really thin, white models. I could never see myself in any images,” says Kupe. “And then there was the token Naomi Campbell who is just incredibly beautiful but still looked nothing like me.”

By comparison, Bare’s campaign features models of all shapes, ethnicities and sizes and the lingerie comes in sizes XS to XXL.

A second collection is already in the works and will introduce bike pants and cropped T-shirts, as well as an extended colour range. It’s due to be released next year.