Founded by the ex-head designer of General Pants, Dead Studios is riding the shift in consumer habits. 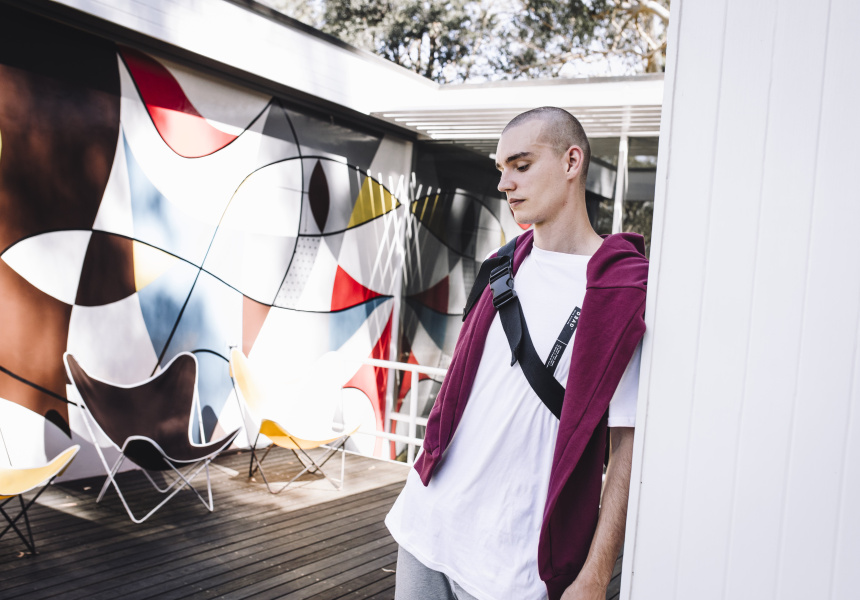 Athleisure is no longer running its own race in Australia – it’s sharing the spotlight with streetwear. Taking references from pop culture and a smattering of ’90s “logomania”, streetwear has surged in popularity the world over.

A survey conducted by market researchers at Piper Jaffray found the demand for shoes and clothes with a “street” aesthetic – labels including Supreme and Vans spring to mind – are more popular than sports-oriented labels, including Nike. The recent appointment of Virgil Abloh, the founder of streetwear label Off-White, as men’s artistic director at Louis Vuitton points towards the magnitude of this shift.

At the core of the casual streetwear push is a new generation of consumers who shop directly from social media. Instagram icons including the Kardashian-Jenners have the power to make or break a label. This is exactly what has happened for Sydney's Dead Studios.

It launched just over three years ago as a “creative outlet” for then General Pants head designer Sam Moore, and recently Dead Studios has seen a spike in sales.

“We’ve been quite lucky with the publicity around our products, with the likes of Sofia Richie and all the Kardashian girls posting the brand on Instagram,” says Moore. Ultimately it means good business.

The label has been picked up by retailers The Iconic, Culture Kings, Peppermayo and General Pants, and it has a flagship in Sydney’s Bondi, and another smaller store in inner-city Surry Hills. In May it will open an archive store in Sydney’s Rosebery, where customers will be able to find pieces from former collections.

“That urban lifestyle is really big now. Kanye and A$AP Rocky, all of those guys are the cool ‘it’ kids at the moment, and those people who hang out with Gigi Hadid and Kylie Jenner are all wearing that street-influenced fashion.”

The concept for Dead Studios was born on a trip to Japan. “While I was over there, I realised that there was a niche in the market to be doing both men’s and women’s streetwear that also had a sports element,” says Moore.

Dead Studios is prolific; it launches four collections per year, which all include around 40 new men’s styles and 40 new women’s styles. The autumn/winter 2018 collection Suburbia has just launched. The campaign was shot in one of Australia’s most iconic homes – the Bauhaus-style Rose Seidler House – designed by architect Harry Seidler and completed in 1950.

“Before Suburbia we hadn’t shot a proper campaign on location at a house before,” says Moore. “We’ve always done on-site locations, whether up a volcano in New Zealand or [somewhere with] more coastal vibes, so this was a complete flip in direction for us. There’s a fairly iconic wall on the balcony, which has a lot of really similar colour palettes to what we’d launched in the Suburbia collection – bright yellows, sage and port – so it made sense to do it there.”

“When I started Dead Studios, it was a menswear brand, and we quickly learned that a lot of female customers were buying our men’s products,” says Moore. “In both our women’s and our menswear, we take that more masculine approach to our ranges. When designing, we make sure our men’s and women’s collections really sit together.

“Our products are designed to be as effective as the best sportswear on the market, but we’re not trying to be a Lululemon. We do get tagged in a lot of gym posts, but when we’re designing them we’re thinking of them as total outfits. It’s sportswear, but they’re being worn back with a runner jacket or a bomber.”