Something in the Water Out West

The supportive bonds that tie Perth’s western suburbs have helped nurture a group of young female fashion designers getting national – and international – attention. 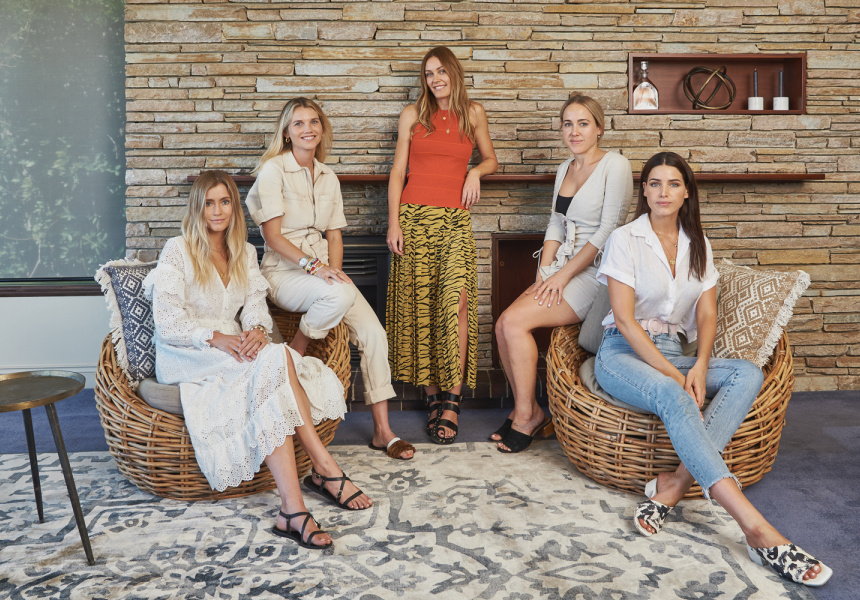 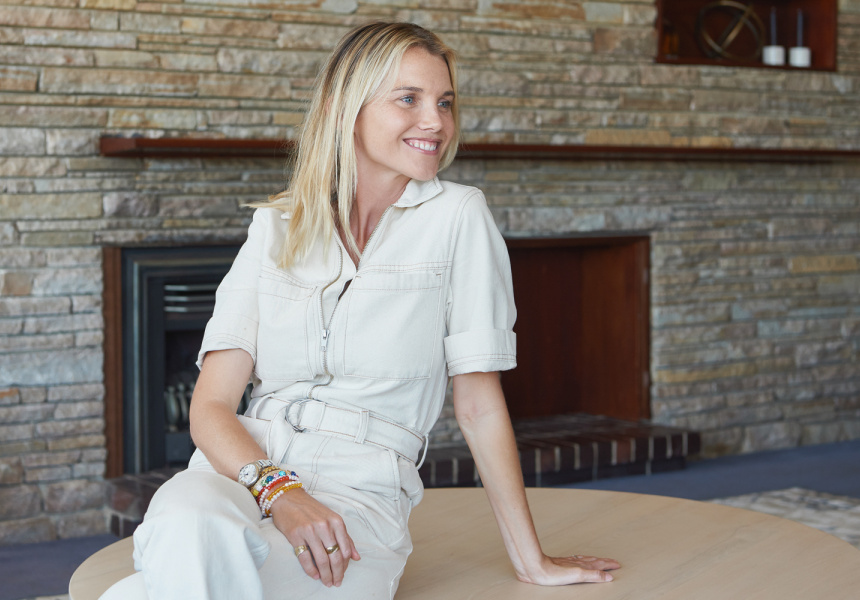 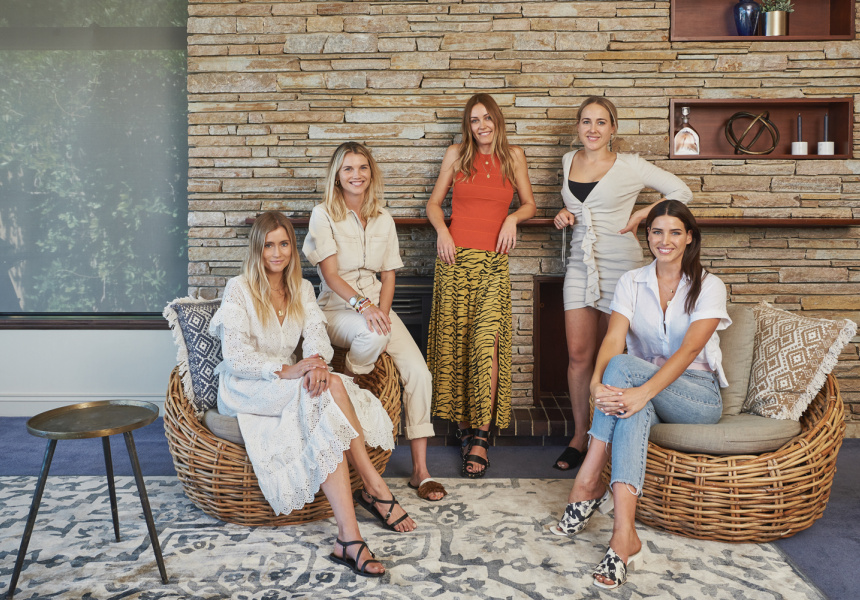 Perth is one of the world’s most isolated cities, but that hasn’t stopped the Western Australian capital – known for its theatrical sunsets, beach-casual lifestyle and crystalline water – from hosting a boom in creative talent.

With few fashion and lifestyle giants headquartered out west, budding designers don’t have the same number of opportunities as their east-coast peers to rise through the ranks of established labels and retailers. But a new generation of Perth designers has emerged regardless, many using and seeing their geographical isolation as an asset. (And judging by the success of labels such as accessories maker Poppy Lissiman, the creative carte blanche offered by Western Australia can even be a competitive advantage.)

The beach city has become an important Australian breeding ground for resortwear designers including Rosie Iffla of Fella Swim, Clover Tana of Clover Accessories, Tahnee and Kaila Atkinson of swimwear label Kenni & Kai and Sophie Coote of resortwear label Sir the Label. Each label evokes a kind of holiday polish that’s increasingly appealing not only to local customers but also an international audience.

“I design for myself and my lifestyle and it’s cool to see that translates locally and overseas,” says Perth-based Tana.

The label’s shoes, bags and belts are made in Hong Kong, and the majority of the jewellery (like the best-selling Calypso earrings) is handmade by Tana and her assistant at the label’s Swanbourne studio in Perth.

Tana sees Perth’s size as an advantage because it forces the small community of local designers to bind together. “There’s a humility over here that balances imagination and reality; a less hype and more action mentality if you like,” she says.

The label has no permanent bricks-and-mortar presence, instead selling the accessories through an online store, Instagram and an annual Christmas pop-up in Cottesloe. Australia accounts for 80 per cent of all sales, with the majority coming from WA and NSW, closely followed by Victoria.

Tana’s designs have an unmistakably summertime feel: freshwater pearls and Aperol-hued perspex beads here, and an 18-karat-gold-plated cowrie shell there. These seaside touches reference Tana’s life by the Perth coast, where weekends are spent at Grant Street Beach or boating with friends around Rottnest Island.

One of those friends is Rosie Iffla, who launched lingerie-inspired swimwear label Fella Swim with Christine Tang in 2014.

“[For] our first collection, I just wanted to design swimwear that looked and fitted like my Calvin Klein underwear; thin lines, a simple silhouette and no ties,” says Iffla. The aesthetic caught the eye of global retailers including Moda Operandi and Net-a-Porter, both of which sell the label. Crisp retro lines and textured fabrics are the label’s hallmarks.

“From a global perspective, Australian surf and beach culture has made a huge impact all over the world … from avo on toast, flat whites and, naturally, to swimwear. It’s the appeal of the outdoor lifestyle that resonates globally.”

Fella owns its own factory in Bali, which allows the label to operate on a made-to-order basis (limiting wastage) and allowing for custom alterations.

“Even though I’m a massive beach girl, I was always more drawn to the artfulness of clothing and accessories,” says Iffla, who studied fine arts at University of Western Australia. “It’s been really rewarding to bring that high-fashion sensibility to a category that was once dominated by the more mass-market, surf-culture brands.”

Fella’s weaves and prints are designed in-house; the swimsuit designs are hand-sketched; fabrics come from Italy; and campaigns are shot in far-flung destinations such as Ipanema in Brazil. Fella also does an annual print collaboration with an artist – the latest collection features designs by New York-based Marleigh Culver.

Iffla’s former roommate and close friend is another Perth-born designer on the rise. Sophie Coote, now based in Sydney, founded Sir the Label in 2014 with Nikki Campbell.

“We launched at a time when Instagram was really taking off and we absolutely leveraged that,” Coote says. The label currently has 285,000 Instagram followers, and is one of a group of young Australian labels that has used social media to catapult their business beyond Australia. “It’s given us instant access to a global audience and a clear line of communication with that audience so that they understand who the Sir girl is."

Coote’s Cottesloe upbringing informs the “quintessentially summer label”, which now has 50 wholesale accounts around the world including influential department stores such as Barneys in New York and Harvey Nichols in London.

“There is something uncommon and really attractive about the laid-back approach Australians have to fashion,” Coote says.

For its 2019 resort collection, Sir enlisted fellow Perth designer and model Tahnee Atkinson for the campaign.

Atkinson launched her own swimwear label, Kenni and Kai, with her sister Kaila in 2016.

“We have been very lucky to have friends from Perth who are also in the industry,” says Atkinson. “When we started Kenni and Kai they were always there, ready to help us … whether it be sharing contacts or helping us with spreadsheets.

“Starting a small business can be daunting.”

Kenni and Kai bathers are simple but refined, with tops and bottoms sold separately. The label’s fabrics are sourced in Perth (thanks to the sisters’ uncle’s company, Potter Textiles) and the geography and scenery of Western Australia informs each collection.

“We are so fortunate to have the beautiful landscapes and colours of WA to inspire us every day,” says Atkinson. “Growing up in what we believe is the most beautiful coastline in the world has made designing flattering swimwear a natural extension to the lifestyle we lead.”

The sisters are now focusing on adding more one-piece styles to the range, and introducing prints.

Sir the Label, meanwhile, has opened a store in Bali, and longer term the duo hopes to open more boutiques locally and overseas.

Fella will soon replace lycra with in-house designed fabrics sourced from France, Italy and Germany, in styles that will debut at Mercedes-Benz Fashion Week in Sydney in May. The label will introduce a line of silk-cotton beach-wrap sarongs at the same time.

Tana of Clover Accessories is working on a range of metallic-knitted clutches, which will drop in March, and planning pop-ups in Sydney and Melbourne in late November.

For all of them, the supportive small-town atmosphere of Perth’s western suburbs is an integral part of their story. The community and the close bonds that go with it have given each the confidence to start small, carve their own niche, and one day grow global.

“It’s interesting to think we’ve all known each other forever, all gone into design with very distinct aesthetics,” says Tana. She adds that despite those differences, there’s also an easy dialogue between them and their labels. “When layered together, they just work so effortlessly.”

Win a Solid Gold, Modern-Day Best Friend Necklace for You and a Mate 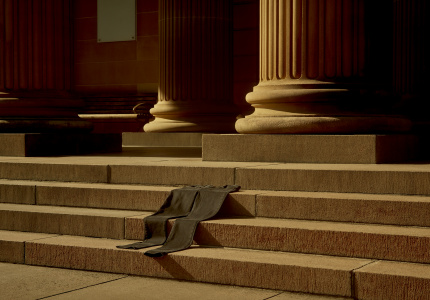 How to Care for Denim: Tips and Tricks to Make Your Jeans Last Longer

Win a Solid Gold, Modern-Day Best Friend Necklace for You and a Mate

How to Care for Denim: Tips and Tricks to Make Your Jeans Last Longer