The Royals Fly the Australian Fashion Flag on Tour – Now What?

Some designers’ websites crashed as pieces sold out in minutes, others saw a surge in social-media followers, and one recently rekindled label earned an endorsement at precisely the right time. We talk to local designers about what the “Meghan effect” has meant for them. 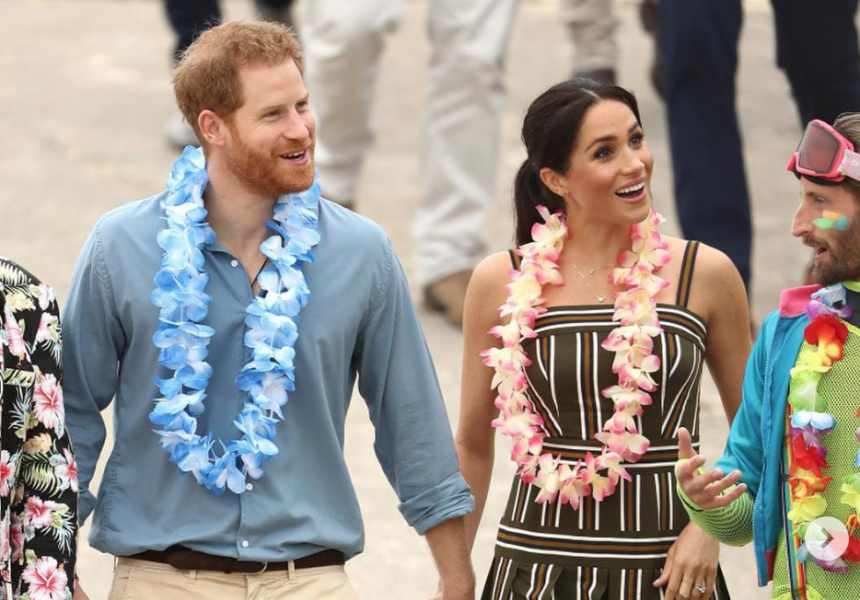 When the Duchess of Sussex, Meghan Markle, gets dressed in the morning it’s not just a matter of throwing together an outfit based on the weather or how she feels. Every garment worn in an official capacity is carefully chosen with the help of a stylist.

In the age of social media Markle and her team understand that the average punter with an iPhone doubles as a reporter of sorts. While royals have always faced intense media scrutiny concerning their wardrobes, social media has meant that the fashion choices of younger royals such as Markle or Catherine, the Duchess of Cambridge, have more wide-ranging and immediate impact. They are, in effect, one-woman marketing machines, whose fashion choices are broadcast to millions around the world with the click of a button. Likes and follows of Instagram accounts of their preferred labels bring more than just brand awareness, they translate to sales for the lucky fashion designers whose work is endorsed by the style icons.

Australian labels worn by Markle on the 16-day royal tour have seen a surge in sales and newfound global recognition.

Web traffic to Karen Gee’s website doubled in the two to three days after Markle was photographed in the $1800 dress. In fact the site crashed in the immediate aftermath, when 2000 visitors per second were trying to access it. Gee’s social media following also surged – the label’s Instagram followers doubled overnight. “We were thrilled to be considered,” Karen Gee tells Broadsheet. But when asked whether the endorsement was orchestrated or unfolded organically, the designer was tight-lipped due to palace restrictions.

“It was a very happy surprise to us to see her in the dress on the first day of the royal tour, though we did have an idea it may happen,” says Gee. “A Karen Gee customer in Queensland messaged asking me ‘isn’t this Karen Gee?’ There was some happy screaming from me and some confused looks from passers-by. I’ve always been a huge fan of Meghan’s style,” she says.

Markle’s stylist had requested a number of looks from Martin Grant prior to the royal tour, and the label’s Paris atelier quickly produced a few bespoke garments for her over five days. “Martin is very flattered about the fact she loved his design so much,” Li says.

Sydney-born New York-based designer Dion Lee – who was recently in Sydney to unveil his collection of custom-designed uniforms for the Opera House staff – saw Markle step out in his Folded Sail dress, which he custom-designed for the Duchess. It retails for $1290 and is part of the designer’s upcoming resort 2019 collection, which is slated to arrive in stores in January. “Meghan is relatable to people and that relaxed sophistication is at the core of our brand,” said Lee in an official statement. He also confirmed to Broadsheet that there have been more than 600 enquiries about the dress since Markle wore it, and Instagram followers have jumped by 5000.

Arriving in Dubbo in regional NSW last Wednesday, the Duchess opted for a pair of $199 black skinny jeans by Australian denim label Outland Denim, which was founded in 2011 by Queensland couple James and Erica Bartle. Part of every sale goes towards helping Cambodian survivors of sex and human trafficking. How did the “Meghan effect” impact this designer? Markle’s endorsement added approximately 10,000 more followers across its social media platforms, the label tells Broadsheet. And while the designer won’t disclose the number of resulting sales, it experienced a 1000 per cent spike in website traffic in the 48 hours after Markle’s outing in its product. There’s also a significant pre-order list for the jeans and sizes are selling out fast, which the label’s founders say has contributed to employing an additional 15 women in Cambodia.

We cannot think of a more suitable woman to carry the Outland Denim brand. A big thank you to the Duchess of Sussex (and bump!) for choosing to wear Outland Denim on this #royaltour! Meghan wears the high-rise Harriet jean in Black. #madedifferent #zeroexploitation #GameOnDownUnder #IG2018 #DukeandDuchessofSussex 📸 Samir Hussein & Getty Images

“In keeping with royal protocol, we aren’t able to disclose exactly how Meghan came to wear the jeans,” James Bartle tells Broadsheet. “We know that a third party was provided with the opportunity to present a modest selection of our jeans to Meghan and Harry. The Duchess’s advocacy for issues of social justice and women’s rights completely aligns with the work that we do.” (Last week, the label was shortlisted for the 2018 Thomson Reuters Foundation Stop Slavery Award, which will be held in London next month.)

Prince Harry also played his part in boosting Australian fashion recognition. The Duke of Sussex wore the Folded Collar Shirt by Australian basics label Jac+ Jack on October 19 for the couple’s visit to Bondi beach, where they met with members of local non-profit One Wave, which raises awareness about mental health issues. Online orders doubled mere hours after the design was named on social media. “It was lovely to see Prince Harry wearing our relaxed signature shirt,” co-designer and co-founder Lisa Dempsey tells Broadsheet. “Especially beachside in our hometown Bondi … couldn’t be more appropriate.” How did it all come about in the first place? They sent their designs to the Duke and Duchess “through our mutual and dear friend Markus Anderson, prior to their visit, adding a personal touch,” Dempsey says. Anderson is a consultant for member’s club and hotel Soho House in London. For that same event, Markle opted for a striped maxi dress by Martin Grant. (Google “Martin Grant” and the first two predictive searches are “Martin Grant Maxi Dress” and “Martin Grant Trench Coat”.)

Australian accessories label Oroton also got a timely boost when Markle stepped out for a second time with its pinstriped Avalon Crossbody bag (she wore it during her visit to the 2018 Commonwealth Youth Forum in London with Prince Harry, too). It retails for $295 and is part of the autumn 2018 Avalon collection.

A Royal Repeat. Elevate your look with the Avalon Crossbody Bag as worn by the Duchess of Sussex, Meghan Markle, at the Invictus Games over the weekend. Pre-order now available for January 2019 delivery. Shop through the link in our bio. @invictusgames2018 @kensingtonroyal @theroyalfamily #gameondownunder #IG2018 #invictusgames #royalvisitaustralia #dukeandduchessofsussex #duchessofsussex #oroton#royalstyle #sydney #australia #meghanmarkle #princeharry

The accessory sold out in less than 48 hours and 80 pre-orders have flooded in since the bag’s second Markle outing. It’s due for another release in January.

“It was such a surprise,” Oroton’s creative director, Sophie Holt, tells Broadsheet. “Meghan’s stylist placed the order online earlier in the year, so we had no idea until it came through, but happy to be on the radar.”

“Online orders have seen another boom,” she adds. Markle’s seal of approval couldn’t have come at a better time for the embattled label, which is working hard to dig itself out of financial debt and rebuild its image. “There certainly is a Meghan effect,” says Holt. “Her endorsement came just as a new chapter for the brand was beginning to take hold.”