Is Retail Dead? Not Likely

Amid fast fashion’s doom and gloom, independent retailers are expanding in original ways. 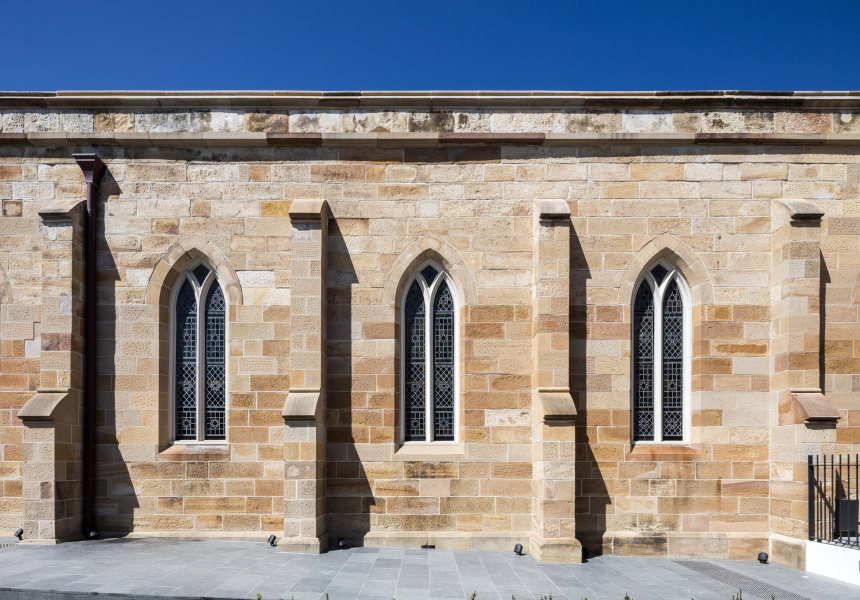 “Retail is dead!” according to America’s news headlines. If you take into account the hundreds of malls (Sears, Macey’s and JCPenney) that have closed in the past year, bricks-and-mortar retail doesn’t look healthy from the outside. And if you tally up the Australian labels that have recently entered voluntary administration – David Lawrence, Marcs, Rhodes & Beckett, Lover and OrotonGroup to name a few – you could also argue that retail’s submission to pressure from the digital age has reached us, too. But here’s the thing: for every fallen retail storefront we observed this year, there was an opening, often from an independent or niche retailer, that sprung up in its place. If bricks-and-mortar retail is truly on its last legs, Australia’s independent fashion businesses aren’t buying it.

Last year's retail industry State of the Nation report found that in the 2015/2016 financial year, Australians made 90 million more trips to physical stores than during the year before (1.43 billion trips in total). While this number is still well down on five years ago (by around 100 million trips, despite Australia’s growing population), it does show that a turnaround in retailers' fortunes could be on the cards.

For the past 18 months, Sydney-based brand Assembly Label has been busy opening shopfronts. Establishing itself as a wholesale business in 2011, the label changed course when it opened its first store in Bondi in April 2014. Now it has five stores across Sydney, Melbourne and Brisbane, with another opening soon in Paddington.

“I think [opening retail stores] is about understanding who your customer is and where they are,” says Lee Thompson, one of Assembly’s three designers and directors. “We ask ourselves how stores are adding value to our brand, how each space is unique and how each space is engaging with the local community. We don’t necessarily want or expect to convert someone on the first day they visit, but want to create a holistic engagement where they could be a shopper with the brand for the next 10 years.”

At the Manly store customers will find an Assembly-run cafe next door. Branding wise, it makes sense. Assembly’s casual women’s and menswear lines feature easy-to-wear pieces for urban living in Australia’s coastal cities, so coffee plays a part in the lifestyle the label sells.

Assembly is not the only one looking to engage shoppers in new ways. “As online becomes increasingly important, people want something extra from the independent and niche sector,” Petah Marian, senior editor of consumer trend forecaster WGSN Insight, told Broadsheet. “They're looking for a personal relationship with the sales staff, looking to belong to a community. Increasingly, [retail] is becoming about having an experience in a space. For example, Lululemon offering yoga, Nike Run clubs and Tiger Beer opening up a pop-up in New York that gave away Chinese products created by Asian and Asian-American artisans.”

Setting up shop inside a grand church is another way to make a statement – just ask Sydney’s luxury multi-brand boutique Parlour X or Melbourne-based label Alpha60. Parlour X relocated to the renovated St. John’s Church in Paddington in August 2015, and Alpha60 opened its Chapter House space in October 2016.

Eva Galambos has run Parlour X for the past 16 years and isn’t intimidated by e-commerce. And despite Parlour X being an early adopter of online channels (it launched a website in 2009 for clients to view buying trips and seasonal collections before evolving into an e-commerce platform over the following three years) Galambos is still a firm believer in the future of physical stores.

“I was determined to develop the complete “brick-and-click” retail presence,” the Parlour X director and buyer tells Broadsheet. “We think carefully about how each platform serves our clientele … however, online can never completely capture the spirit of our unique physical space. Bricks-and-mortar is the only place that a brand can appeal to all five senses. Most retailers, whether they admit it or not, are navigating a way to truly harness the potential of the fast-changing online platform. I believe the physical connection will be craved more and more as we seek unique and special experiences.”

“Business by definition is always challenging, but I don’t see retail as more shaky than any other category,” says Galambos. “It sounds cliché, but you need to be agile and constantly evolving.”

The power of a unique retail front isn’t lost on Alex and Georgie Cleary, either, the siblings and business partners behind Alpha60, which now has 12 stores across Australia and will soon move into the Chinese market. The pair had already been running a boutique on Flinders Lane when they spotted the Chapter House space next door. “When we heard it was available we didn’t even know what we were going to do with it,” says Alex. “Did we need a shop on top of our [existing] shop? But we couldn’t say no. It was too exciting.”

The Chapter House store, with its lofty ceilings and stained-glass windows, now showcases the brand’s range and hosts launch events. “Having a retail outlet is a magnificent billboard for your brand,” says Alex. “We really wanted to have a flagship store where people walked in and got that excitement that’s fallen away from retail a bit. Over the years, we might have rolled out more stores in more locations for convenience, but now online has made convenience worldwide, so our plan is to have more exciting and grander stores in fewer locations, rather than a lot of stores around the world.” According to Alex, most of the label’s sales come from its physical stores, not online.

According to the designers we spoke to, retail appears a risky but necessary investment for young, local labels starting out. The designers concur the online space is crowded and some shoppers hesitate to buy if they can’t try anything on. Add to this the fact that many of the well-known multi-brand boutiques – which once took a chance on emerging labels such as FAT, Alice Euphemia and Pretty Dog – are no longer around to act as a launching pad. To continue growing, designers are setting up shop on often miniscule budgets with studio stores, pop-ups and storefronts off the main drag. But with the right social-media savvy, followers can be directed to physical stores.

Melbourne’s Limb The Label launched online in September 2015 and opened a shop on Johnston Street in Fitzroy a year later. “Talking to friends [in the industry] who are doing similar things gave us the confidence to open,” says co-designer Sinead Hargreaves.

Since opening, almost all of the label’s sales have been made in-store, with a “maximum of 10 per cent coming through online sales” according to co-designer Andria Kiefer. “We just realised how local all of our customers are,” says Hargreaves. “We learn a lot from face-to-face connection with customers, too. When you’re just packing orders [for online], you’re not seeing your clothes worn by lots of different body types or hearing the feedback.”

Kiefer and Hargreaves are candid about their first year trading. “There are weeks where we think everyone’s gone into hiding,” says Hargreaves. “And then the next week it’s totally made up for the week before and people are going mad.”

“You can eat yourself up when you have a zero-dollar day, but retail is never going to be super secure. Just don’t be over the top with opening stores, grow slowly and naturally.”

While 2017 has proved a hot year for the arrival of international fashion store openings (American outlet chain TK Maxx, the British department store Debenhams and the Canadian designer-label store The New Trend), it seems the shine is wearing off. Giants including Topshop and Gap have now exited the market, and it looks likely Forever21 will follow.

“When I moved from Melbourne to London, many of my visiting friends would virtually clean out Oxford Street [where fast fashion retailers such as Topshop and Zara are positioned],” says Marian (WGSN Insight). “But that was largely because they were unavailable in Australia. Now that they’re easily accessed, they [the fast-fashion brands] have less cachet.”

Marian says Australian consumers are particularly interested in exclusivity with an interest in buying from local brands. “Even if products aren’t Australian-made, there’s more of a consideration among Australians around buying from Australian-owned businesses,” she says. Online shopping data from Roy Morgan backs this up, at least in regards to womenswear. In 2015, two-thirds of online purchases of women’s clothes were made through Australian-owned websites. But 60 per cent of men’s-clothing purchases were made through international retailers including TopMan.

While fast fashion battles to sell to every type of consumer in the country, often with frequent discounting, independent retailers are taking stock of what sets them apart. “November was our strongest month without being on sale,” says Alex. “I feel like if you’re offering something interesting and different enough at the right price, people are still shopping and looking for a good product.”

“Our customers care about what they’re buying, people love hearing that ‘made in Melbourne’ or Australia is coming back,” says Kiefer. “I’m optimistic about consumers who are becoming a lot more aware that fast fashion isn’t good for the environment.” 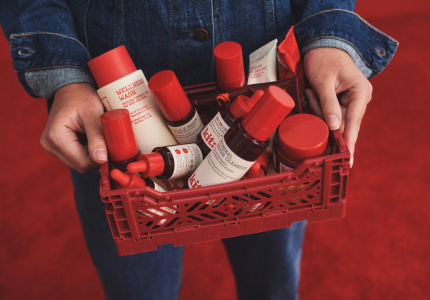