The New Zealand designer’s latest campaign celebrates the art of film photography and women of all ages. Photography: Deborah and Mark Smith
by Emma Do
Share

Karen Walker images stick in your mind. In the past, mops have replaced models in the brand’s eyewear campaigns. A couple of seasons ago, it was a famous dog called Toast. Tongue has often been placed firmly in cheek.

The latest images stray from the irreverence of past campaigns. For SS16/17’s Magnetic collection, Walker has enlisted photographers Deborah and Mark Smith. The resulting photos are intimate, but retain an air of mystery – the subjects look almost frozen in time.

Walker is a model herself, alongside her eight-year-old daughter Valentina; florist Sophie Wolanski; sisters Hart and Vita Reynolds; Mollie and Jemma James; and the stately 87-year old Von Chunn. These are women who the Smiths hand-picked for their independent, strong-willed spirit – “Women we admire for the way they live, plus the way they dress,” says Deborah.

The campaign was shot entirely on large format, black and white film, in homage to the season’s muse: American photographer Berenice Abbott. Abbott studied under Man Ray and later became known for her photos of New York City’s architecture in the ‘30s.

The Smiths restricted themselves to shooting only five pieces of film per subject – “a suitable response to today’s digital narcissism”, Walker says. “This was all about self constraint and slowing down. This is the anti shoot-the-shit-out-of-it technique that’s so normal today.”

Magnetic follows celebrated campaigns this year by Lonely Lingirie (shot by Zara Mirkin and Mayan Toledano) and Calvin Klein’s epic #mycalvins (by Tyrone Le Bon), both of which are also shot on film.

In an exclusive interview with Broadsheet, Walker talks about the making of the images and working with film in the digital age.

Broadsheet: Have you done campaigns on film before?
Karen Walker: Not since last century! This is the first time we’ve shot on film since digital happened and the first time we’ve ever worked in this large format of film. It just fitted so well with the inspiration for the range and it was wonderful to slow everything down and be very considered with every frame.

BS: How did you come to collaborate with Mark and Deborah?
KW: We’ve worked with, and been friends with, Mark and Deborah for decades and when we thought about how to capture our interpretation of Bernice Abbott’s style in campaign imagery there was no one else we considered working with for a moment.

BS: Shooting on film means no one else but the photographer sees the images on set, unlike with digital. How did you feel having less oversight of the final images?
KW: We only work with photographers we trust 100%. We really wanted to get away from the sort of shoot where there are 10 people crowded around a monitor. It was important for us that it was intimate, slow, meticulous and considered. Part of that was stepping away and trusting our collaborators.

BS: Your daughter Valentina is among the subjects of the campaign. What’s your personal relationship with each subject?
KW: Some of our subjects I’d met once or twice but with most of them it my first time meeting them. However, they do all have a very close relationship with Deborah and Mark. 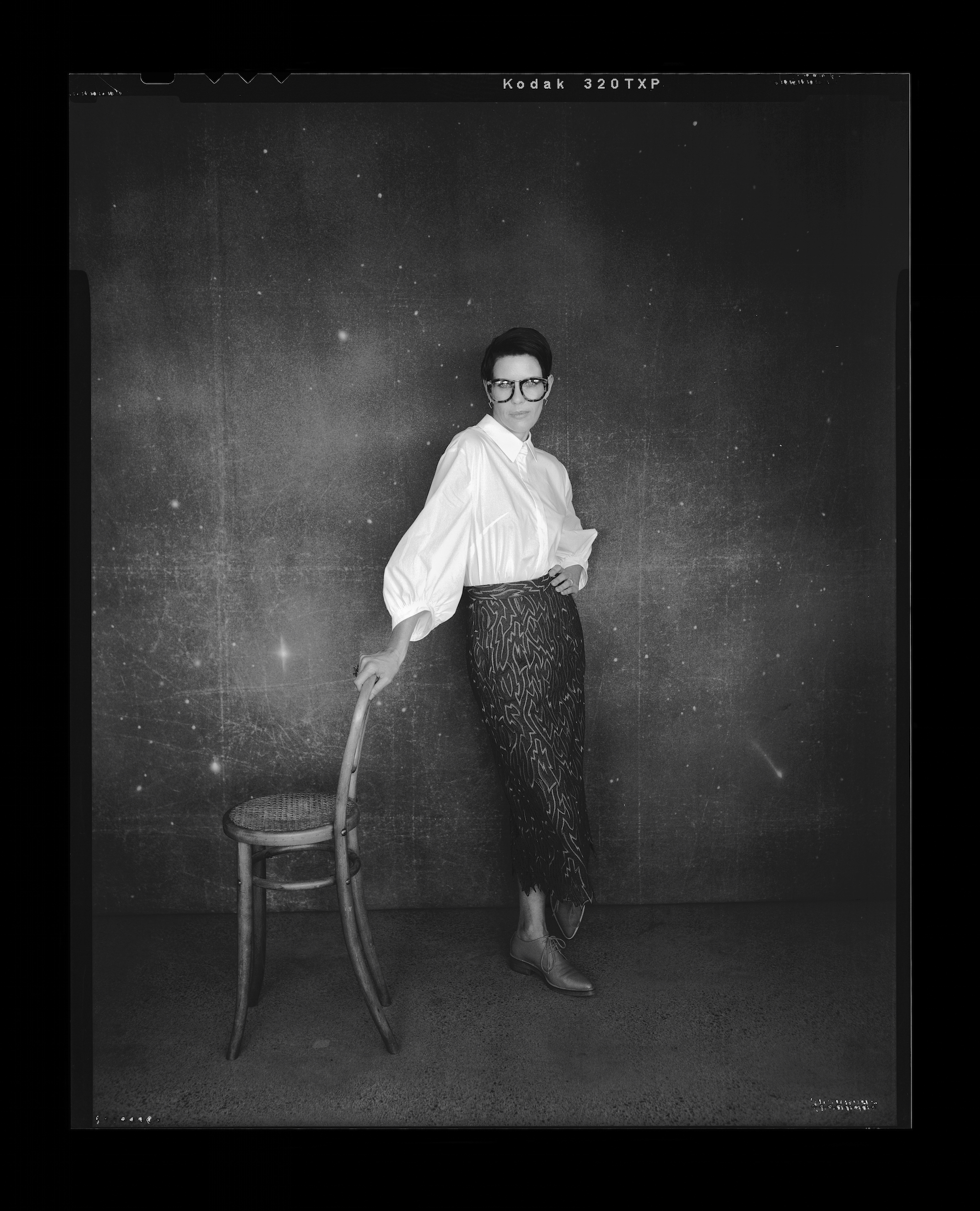 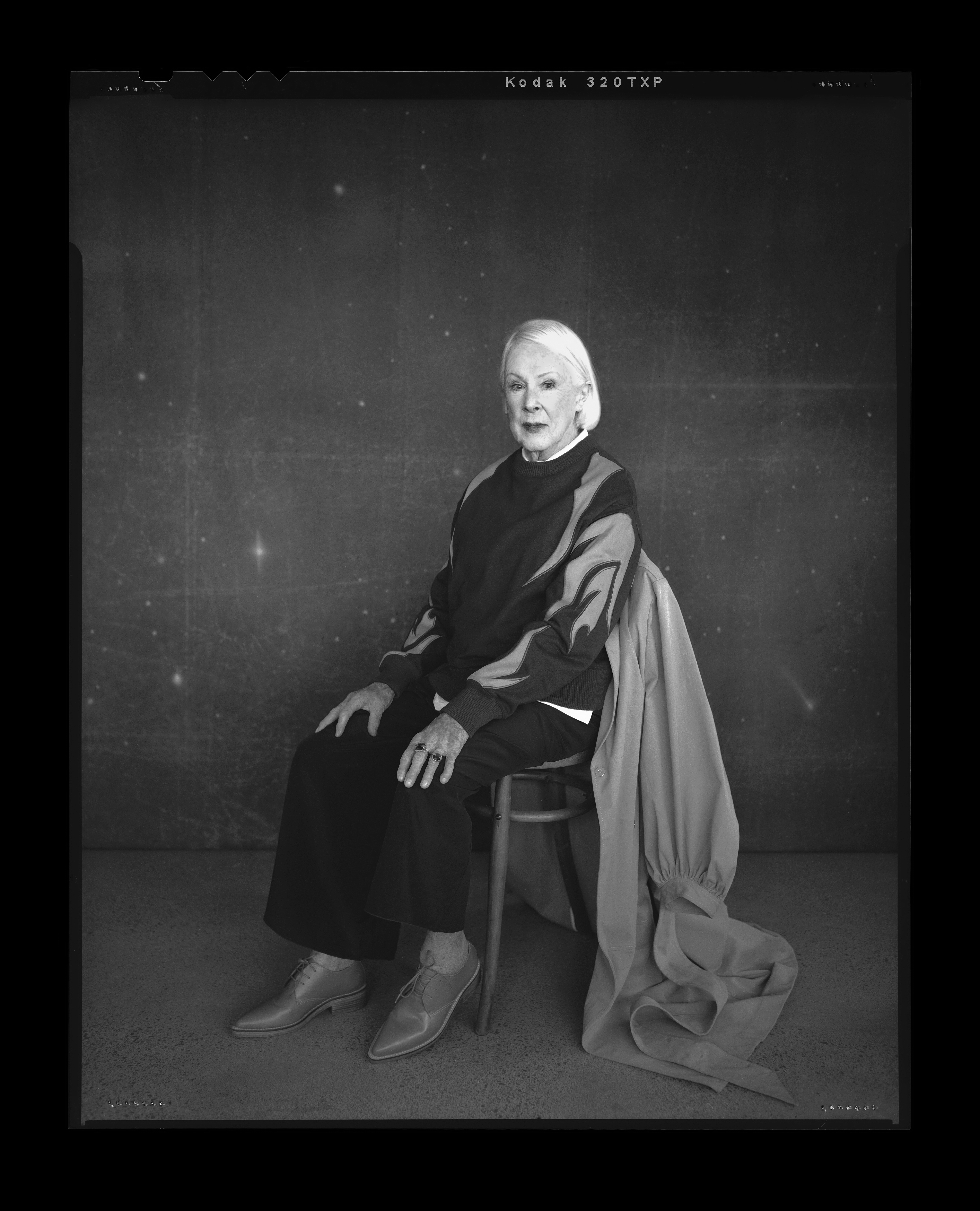 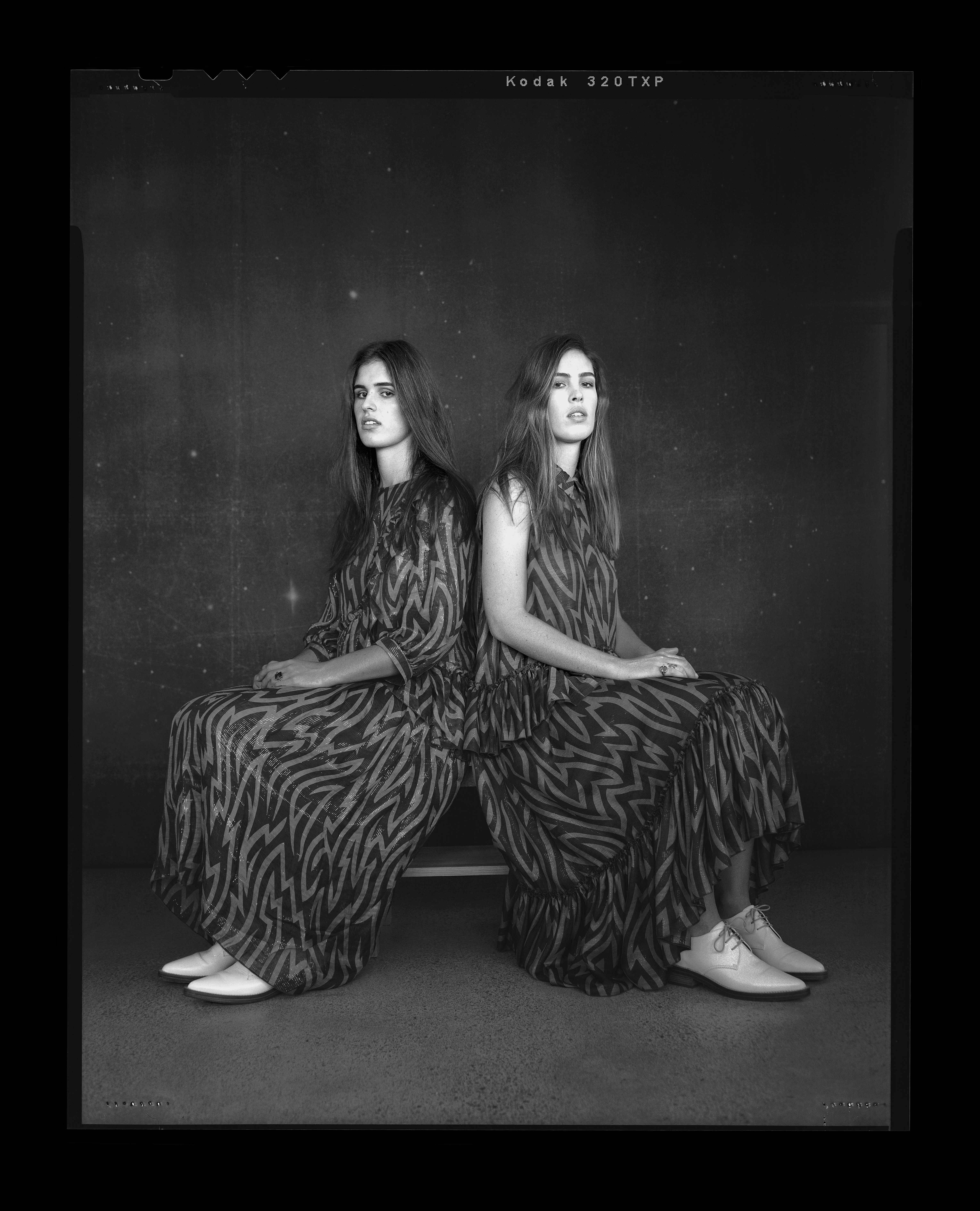 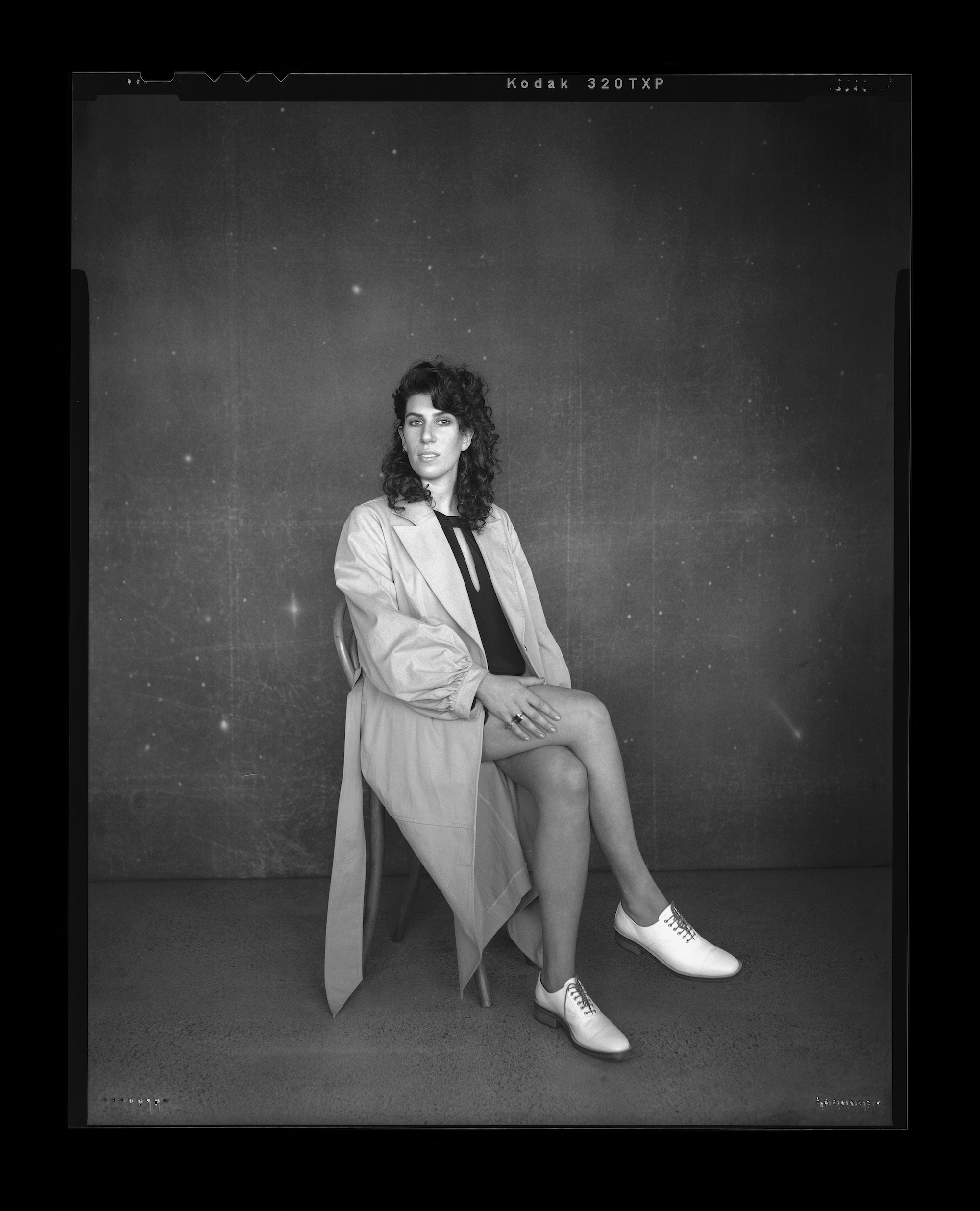 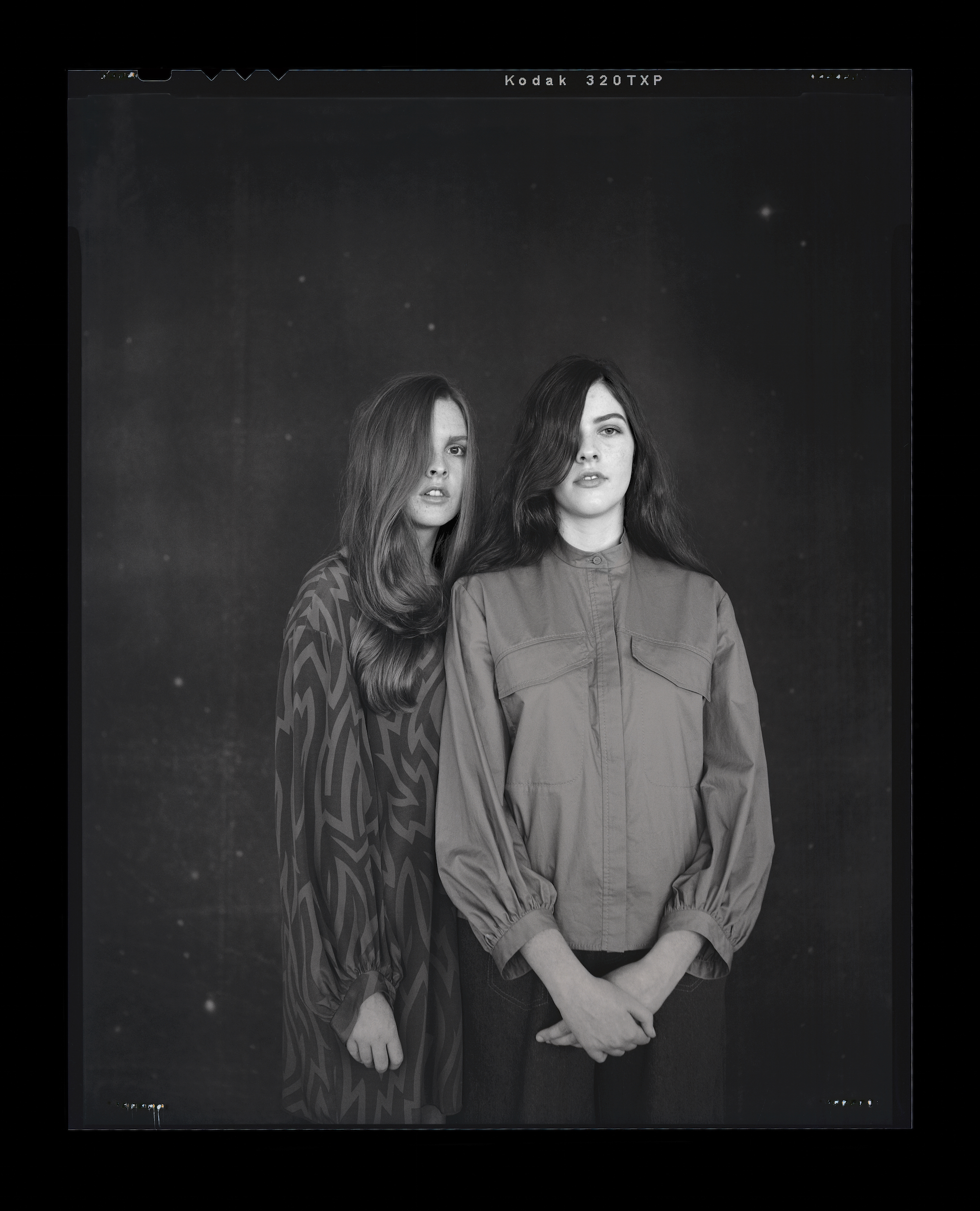 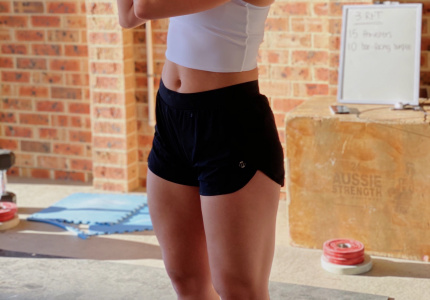