2020 might have been a bad year for weddings, but for Australian designer Kyha Scott – known for her modern, sleek, glamorous gowns – it’s been transformative. Weddings have looked very different this year, but for Kyha Scott, founder and creative director of One Day Bridal, it’s been the biggest 12 months in her label’s 10-year history. Even in the middle of a pandemic, the designer has announced a new store, two new collections and an exciting rebrand. Consider us impressed.

On November 5, One Day Bridal changed its name to Kyha. The move is part of a significant business shift, as the label extends its garments beyond bridalwear. Kyha’s debut collection dropped on November 19, featuring pieces that work just as well at a holiday party as they do in a bridal party.

But the news doesn’t end there – Kyha is set to open its first Sydney boutique in Surry Hills this month (it has one other store in Australia, the Melbourne flagship). For Scott, Sydney felt like a natural progression.

“Over our 10-year history we found our products resonated with the Sydney audience. We have worked closely with [interior designer] Lucy Marczyk to create a luxury space that blurs the lines between bridal and fashion. The space caters for private one-on-one appointments where clients can immerse themselves in the Kyha universe, led by one of our expert stylists.”

It’s good news coming at the end of a hellish year for the fashion sector – not to mention people who have been trying to plan weddings (or were forced to cancel). But despite the chaos and stress, Scott – like other designers – feels 2020 gave her the space to shake things up creatively and business-wise.

“The line between bridal and fashion is becoming a lot less defined as couples move away from more traditional weddings,” she tells Broadsheet. “This is a major trend that led us to recently rebrand from One Day Bridal to Kyha, allowing us to really challenge those conventions and speak to a wider audience.”

If case numbers stay down, we can expect a bumper year of weddings in Australia in 2021. So we asked Scott for her trend predictions. The forecast? Modern, fresh and simple.

“Gowns like the Manly and Macpherson showcase modern lines with classic silhouettes, which epitomise a minimalist look. Alternatively, as brides are moving away from more traditional weddings, gowns like Vaucluse (which featured at this year’s Brownlows) are becoming increasingly popular.” 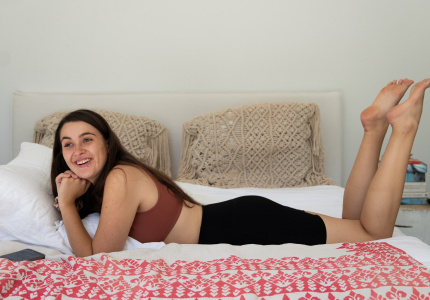