A (Non-Make-Up-Wearing) Broadsheet Writer Road-Tests War Paint, One of the Most Successful Men’s Make-Up Brands

While some men aren’t into make-up, others – from K-pop bands to Trump and regular folks – are embracing it with vigour. Tristan Lutze hadn’t until we commissioned him to give the just-launched-in Australia range a go. This is his verdict. 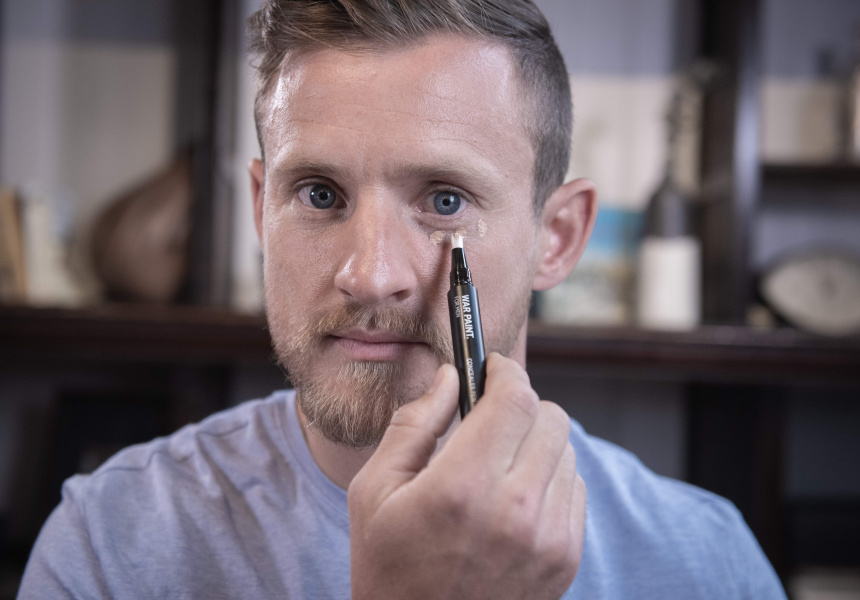 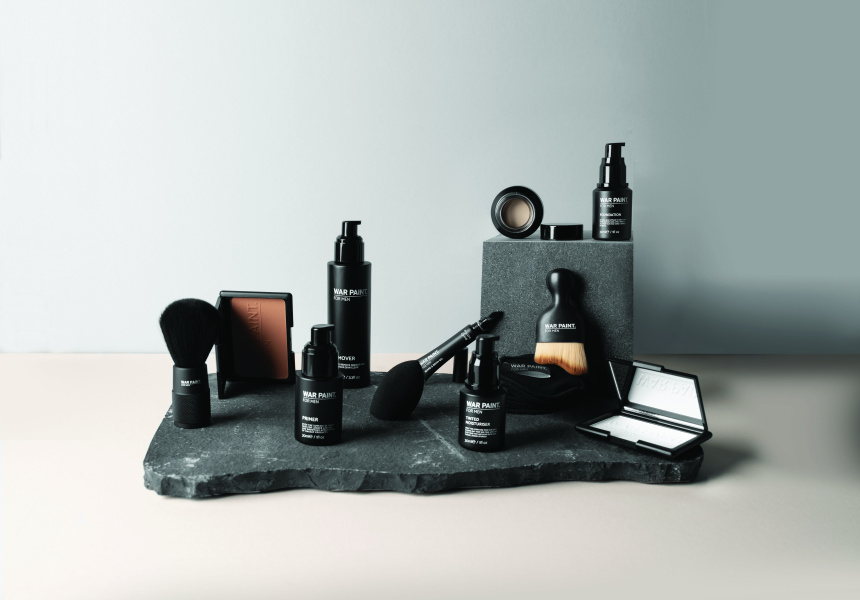 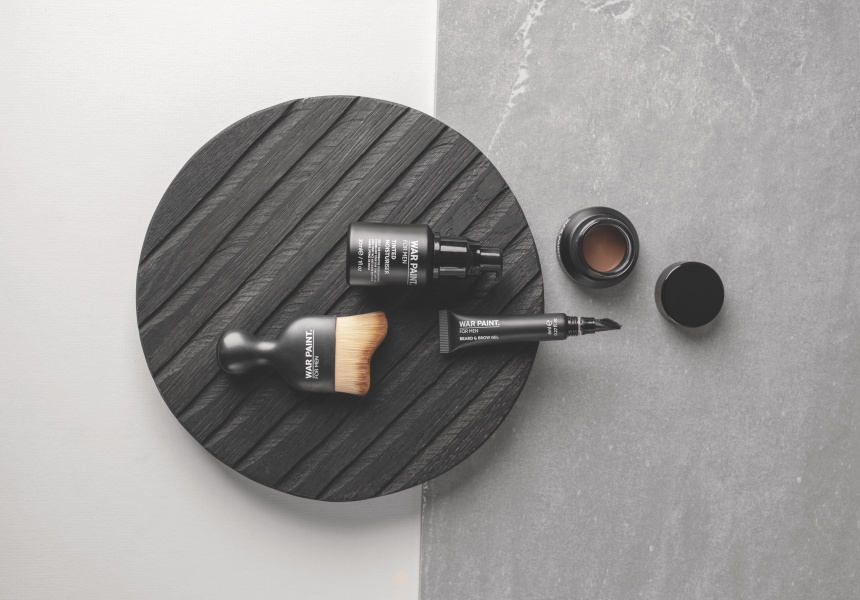 I stare at my face in the mirror. It’s a torture mostly avoided these days, thanks in part to the lack of social engagements due to lockdown. But there my face still is – and that black spot just above my beard line that I imagine everyone stares at when talking to me.

A squeeze on a small, black bottle and a tan-coloured drop of concealer bulges onto my finger. I tap it gently over that damn spot, the way I’ve just been shown how to. I follow by dabbing it with an egg-shaped black sponge and both the make-up and the spot disappear.

“Twenty years ago, men didn’t really get involved in skincare,” says Danny Gray, founder of War Paint, a UK-based make-up brand designed exclusively for men, now available in Australia. “Now guys have cottoned onto the fact that, while skincare and grooming won’t prolong your life, they make you feel better. Using a little bit of make-up, for me, is the next evolution of that.”

Launched in 2019, War Paint was born of Gray’s own use of make-up as a tool for building self-confidence. Having developed body dysmorphia after a spate of secondary school bullying, the appearance of a smattering of hormonal spots on his face at the age of 14 saw him reaching for his sister’s foundation.

“I’ve been wearing make-up for 20 years and I’ve always assumed there’d be a brand that would come out for men, because the way I used these products is quite different to how females generally wear it. But that brand never arrived,” he tells Broadsheet.

Gray took it upon himself to create the products he’d been waiting for: ones that are scent-free, easily blend into the skin with a shimmer-free matte finish and contain acne-fighting properties. Important, too, was that the full range remained vegan and cruelty-free.

“It took about a year's worth of development,” Gray says. “And it wasn’t cheap. I had to re-mortgage my house and sell my car to raise money while I had a young family.”

He named it War Paint after the colloquialisation for make-up, and also as a reference to his battle with self-confidence. The range includes tinted moisturiser, foundation, bronzer, brow and beard filler, as well as a primer, make-up remover and a range of sponges and brushes.

Gray says men should use it how they want to, but the anti-shine powder can eliminate the reflection from a receding hairline, tinted moisturiser can reduce the impact of rosacea, and concealer hides scars and covers spots like the now-invisible one above my beard.

While War Paint isn’t the only make-up for men on the market – and there are a lot of unisex brands, too – the idea that make-up can be used by men is gaining momentum. From K-pop bands to Donald Trump, men using the same tools to highlight and conceal features as women is increasingly becoming much more mainstream.

The success of War Paint has seen Gray grow customers across the globe, and he recently opened a stand-alone store on London’s famed Carnaby Street, which has been called the first men’s make-up store in the world. Gray has gone on to sponsor Norwich City football club, create a web series (including a guest appearance by Stephen Fry) and make an appearance on Dragon’s Den (the UK’s Shark Tank equivalent), where he was offered backing by all five “dragons”.

Now Gray is using his brand’s success to amplify important conversations around men’s mental health, including the imminent launch of a not-for-profit platform.

“I believe you should have access to any tool you need to get your head right,” the entrepreneur says. “Especially at the moment, anything that can give you even a little boost is a positive.”

As for if I might become a regular make-up wearer? The next morning, before the day’s first dreaded Zoom call, I spread a little toner across my face and follow it with a squeeze of tinted moisturiser and a few dots of concealer over the black spot. Normally something I dread, the extra time spent in front of the mirror feels somehow ceremonially cathartic, and I head to my computer with a bounce. I suppose you could say I’ve got my war paint on.

War Paint is available now from Nique, and Sephora from October 18. 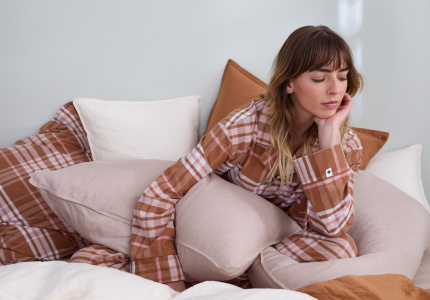