Nine of the Best New Australian Fashion Designers to Shop

Loungewear from Adelaide, a-typical workwear for men and women, and a Vogue fashion director’s designer debut. Photography: Courtesy of Alex and Trahanas
1/38 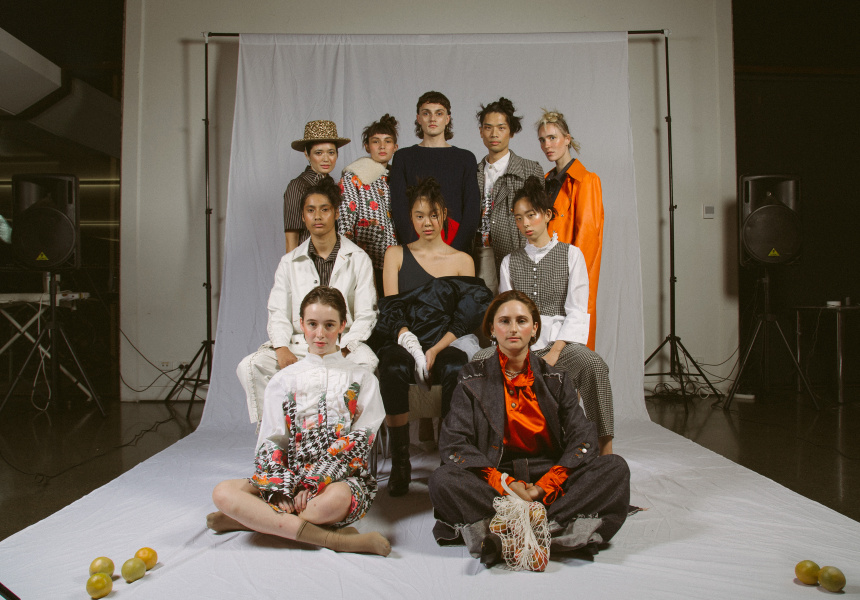 Once geography put Aussies on the back foot in the global fashion race, but now our island isolation has become what sets us apart. Australian designers know they have to work harder to capture an international audience, and the result is original ideas, strong attention to detail and quality design.

You need only look at the evolution of Mercedes-Benz Fashion Week in Sydney to understand just how far we’ve come. This year fashion week welcomed more international buyers, stylists, photographers than ever before, and embraced forward-thinking sustainable principles.

So, here’s Broadsheet’s index of the young Australian designers on our radar, poised to shape the next chapter of your wardrobe.

Wardrobe NYC
Founded by Vogue’s Christine Centenerra and her life partner Josh Goot (of the former eponymous label), Wardrobe NYC sells four-or-eight-piece luxury wardrobe capsules, rather than individual pieces. The idea is to drop $2000 once, and save yourself from having to invest in new items under the same seasonal theme.

After launching in December 2017 with tailored modern essentials, Wardrobe NYC recently released its second capsule, “Sport”, which is made in Italy and spans 16 pieces (for both men and women). Under the women’s category, there’s ankle-length leggings, bike shorts, a sports bra, a long tank, a tracksuit pant and top, a long-sleeve T-shirt and a waterproof nylon running jacket. The men’s capsule is almost identical, but the sports bra has been swapped out for a long tank with a T-shirt and track shorts.

Alex and Trahanas
Alexandra Heard and Heleena Trahanas, based in Sydney’s Tamarama, have founded a Mediterranean-inspired label that marries breezy, well-cut linen (made in Australia) with one-of-a-kind, handmade ceramics found in one of the oldest mills in Italy’s Puglia. The idea was to create a lifestyle destination that brings locals closer to summers spent on the Amalfi. The girls have also teamed up with jewellery designer Louise Olsen for the first time to create a capsule jewellery collection, too.

Poms
Poms has been around for three years, but Melbourne founder Adriana Giuffrid only recently introduced her first solo line of sunglasses, breaking away from a past collaboration with Pared. Giuffrida has released three new frames – Nuovo, Ello and Gemma – which come in 12 colourways, each marked with a semi-precious stones. The spirit of the Gemma frame was originally inspired by the imagined matriarch of an Italian family, while the Nuovo was designed to conjure the mood of Italian beaches, Fellini films and Sophia Loren.

Suro
A philosopher turned jewellery designer and his fashion-photographer fiancé founded jewellery label Suro in late 2017 in the Southern Highlands in NSW. Gold and silver pendant necklaces, studs, rings and earrings are all made by hand from mostly recycled, raw materials. Pearls, for example, are repurposed from Roche’s personal collection.

Her Line
After spearheading a minimalist swimwear line in 2014, Her, Sydney-based designer Tuyen Nguyen and life partner Michael Lim introduced their first resort collection late last year. While the lines, tones and panelling bear strong similarities to the swimwear, this wasn’t the aim. A woman’s shape is always front of mind for these designers, who keep it simple and flattering. As with all Her collections, everything is made in Australia. Nguyen’s parents are both tailors and local manufacturing was key. “Watching family and family friends lose a lot of work because of everything going offshore, it just makes you want to keep producing everything in Australia and maintain jobs here, so the community survives,” one-half of the design team Tuyen Nguyen told Broadsheet last year.

IVY NIU
Founded by Ivy Niu in late 2017, this Brisbane label involves simple silhouettes and organic shapes in bold patterns, from vibrant fruits to dancing lines. Each collection is hand illustrated by Niu herself (who also oversees the digital composition and production) so no two collections are the same. Her third collection features fun overall dresses, shirt dresses (perfect for a garden party), cotton tees and linen shirts in out-there, limited-edition prints, from tangerines and sunglasses, to broken pencils and caterpillars.

Client Liaison
Australian kitsch-pop band Client Liaison has forayed into fashion with a full menswear, womenswear and accessories range – Client Liaison Deluxe Line. It took them a year to perfect and debuted at Sydney Fashion Week. Models arrived in elevators wearing Sheraton Mirage-style sweaters, while the smell of wattle wafted throughout.

“I don’t mean this as a jab at the Australian fashion community, but if we’re not going to traverse the space between music and fashion and put on events, who’s going to fucking do it?” Miller told Broadsheet when we interviewed him earlier this year on his reason for the change in direction.