Jess Cameron-Wootten is one of the few remaining custom shoemakers in Australia – and a perfect example of structuring your life around the things you enjoy. In partnership with MINI, we talk to him about how he runs his business and why country life is good for the soul. 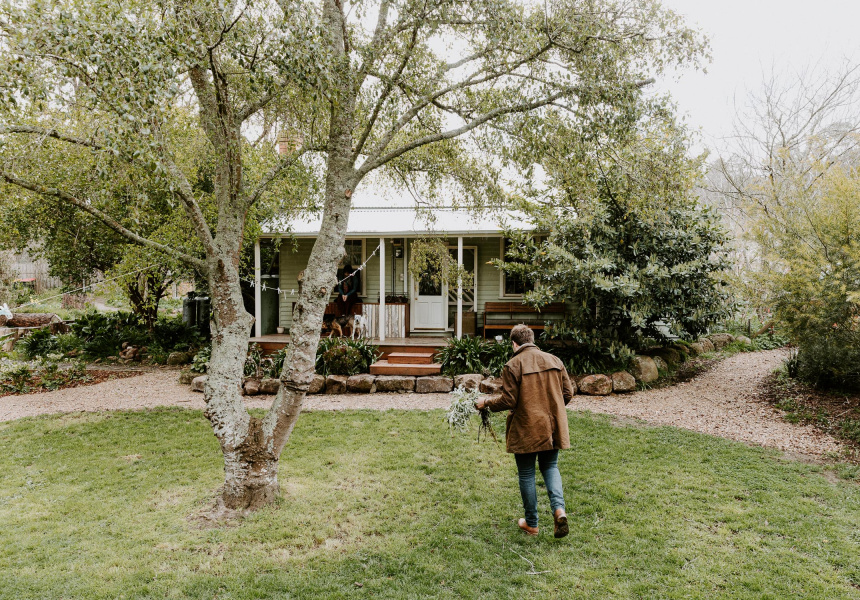 When he’s not in the workshop, shoemaker and leather-worker Jess Cameron-Wootten is most likely in his garden – digging, planting or perhaps enjoying a cuppa on the green roof of his shed.

Cameron-Wootten runs prestige Melbourne shoemaker Wootten with his partner Krystina Menegazzo, a winemaker by trade. In 2014, the couple gave up city life and bought a quaint 19th-century miner’s cottage in Gordon, a village with a general store, a pub and a post office just east of Ballarat.

“I’ve always been a reluctant city dweller,” says Cameron-Wootten. “The choice was to buy a tiny little apartment in an area that we don’t like or buy a house in the country. It was a pretty obvious decision.”

Cameron-Wootten was born in the Adelaide Hills and grew up in Bellingen in northern New South Wales. His father, Ross Wootten, was a bespoke shoemaker who learned the trade in the 1970s in South Australia from a renowned master craftsman.

He remembers his childhood as carefree and a little crazy. He spent the first three years of his life in a caravan while his parents built his father’s workshop by hand, even digging up the stone used to construct it. “There’s something really nice about the truth that comes with that – life’s not all orderly,” he says. “It’s fine for it to be a bit chaotic.”

Although he spent much of his early years surrounded by his father’s tools, he never intended to take up the family trade. He studied Industrial Design at university and dreamed of being an architect, but ended up designing cars for Holden. He soon realised he wasn’t cut out for a corporate career and, in 2007, took over Custom Fit, a Melbourne custom shoemaking business.

He established a combined workshop-retail space in Prahran where he dedicated his time to crafting fine leather shoes and bags from scratch. In 2012, he rebranded as Wootten, a nod to his father’s legacy.

When he received news that the building that housed his workshop in Prahran was being demolished to make way for apartments, he started scouting around for new premises. Expensive city rents led him to widen the search to regional Victoria, and in 2018 he moved the Wootten workshop to Ballarat, a city he says is abuzz with makers and creatives. “It’s been an amazingly positive move.”

The Wootten retail outlet recently reopened in Richmond, on the corner of Punt and Bridge Roads. Cameron-Wootten loves the “beautiful old Victorian shop frontage” with easy access to the city as well as the northern and southern suburbs. “It really fit the bill for us,” he says.

The new arrangement – a house in Gordon, workshop in Ballarat and retail store in Melbourne – has created much-needed distance between the business and home life. “[It has] drastically changed the way we operate,” he says. “When I first took over the business, I was living 50 metres away from the workshop. I was at work all the time – I worked 80 hours a week. It was work-work balance, not work-life balance.”

Now “it’s 20 minutes in the car on a country road, and then I’m in the workshop”.

That said, work-life balance isn’t necessarily one of his priorities. “For a small business owner or entrepreneur, the distinction between what is work and what is life is so blurry,” he says. “I really enjoy what I do, and that’s where the distinction becomes difficult.”

Instead of trying to spend less time at work, Cameron-Wootten prefers to take a more integrated approach to the work-life conundrum. His advice is to structure your life – including work – around what you enjoy. “I’m a bit of an introvert,” he says. “I can spend 60 hours in the workshop and feel like I just arrived, but I find it really hard to spend 60 hours in front of customers.”

The garden at the Gordon cottage is where the couple spend their downtime. “It’s the most regenerative thing we do,” says Cameron-Wootten. “We spend most of our time outside even though we live in one of the coldest places in Victoria. No matter what the weather’s like, we’re always out there.”

Their house sits on a block just shy of one acre, surrounded by a rambling mix of native plants and cottage garden flowers, as well as a greenhouse, a chicken coop, a dam replete with ducks, and a sculpture of a human-sized bowerbird nest supplied by an artist friend.

The garden’s whimsical design brings out Cameron-Wootten’s inner child. “We tried to create little rooms and corridors that make the place feel bigger than it actually is,” he says. “We dug a creek from the house to the dam because I grew up on a river, so I decided we needed some running water.”

In the backyard, the 130-square-metre shed-slash-winery is crowned by a spectacular green roof topped with crepe myrtles and garden beds filled with vegetables. “The roof is the sunniest part of the garden … so it’s good in a cold climate for growing things like pumpkins in summer,” he says. “It’s a nice spot to sit and have a cup of coffee.”

This article is produced by Broadsheet in partnership with MINI and is inspired by the MINI Countryman, a five-seater SUV made for exploring the countryside. 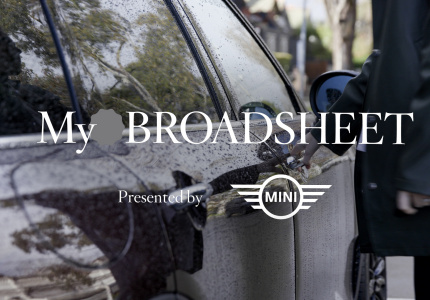