After selling her basics empire to General Pants in 2016, Melma Hamersfeld returns with Base Bodywear. Can the once-favourite women’s stretch-basics label revive itself and achieve the same relevance it once had? 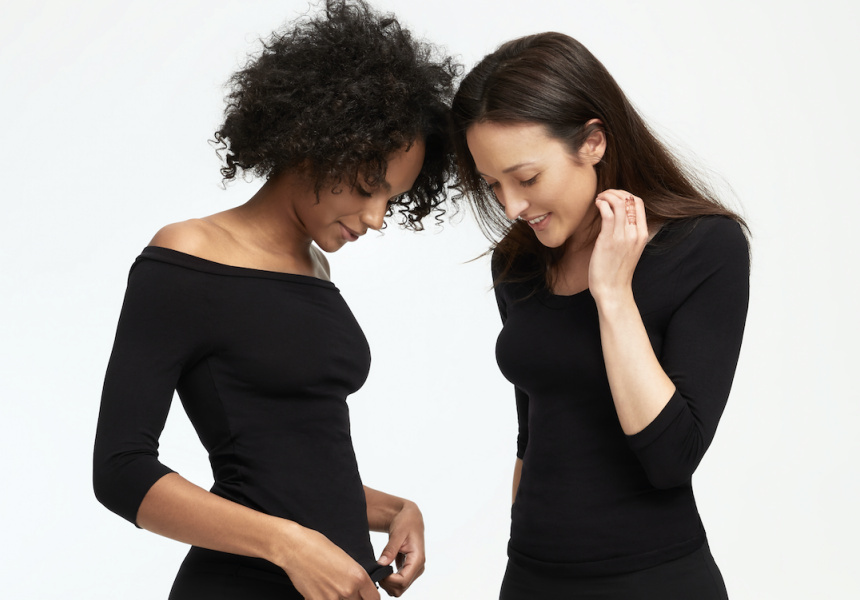 Photography: Courtesy of Base Bodywear
by Amanda Valmorbida
Share

Most Australian women’s wardrobes, at one time or another, included at least one Metalicus basic. Founding-designer Melma Hamersfeld’s formula of body-clinging, minimal two-way-stretch nylon essentials helped to define Australian style throughout the ’90s.

But the Melbourne designer sold her basics empire to General Pants in 2016 because it had outgrown her. “I sold it and just walked away after 10 years,” she says, her voice wavering at the memory. The label’s aggressive expansion strategy, which involved hiring more staff and moving production offshore, wasn’t something Hamersfeld could abide. “I lost control then because you can’t go out to the dye houses and check the colours anymore – the quality control was lost.”

“Metalicus has long been recognised as an iconic Australian fashion brand and we would like to take this opportunity to thank our customers for their ongoing loyalty and support over the years,” a spokesperson from General Pants said in an email to customers.

Now, after more than a decade, Hamersfeld has returned to the fashion game. She has partnered with friend Vanessa Brott to found a new luxury basics line, Base Bodywear, which they vow will stay local. “I won’t stay if it goes offshore,” says Hamersfeld. “Everything is made in Melbourne.” It’s an admirable plan she knows will be challenging to implement. “Manufacturing in Melbourne is really tough.

Everybody has gone offshore. We’re negotiating with the makers to get their prices down. Local is important purely from a quality perspective.”

The new range is a more refined take on her original stretch designs in terms of the silhouettes, and this time they come in contemporary shapes that better accommodate all shapes and sizes. “We are looking after the ‘booby girls’,” says Hamersfeld of the new leggings, tube skirt and tank tops that are designed to be layered and worn from yoga to dinner.

How did General Pants react to the news of her return? “We’re in touch all the time,” says Hamersfeld. “When I said [to General Pants CEO Craig King], ‘I’m going back into the basics business’, he said, ‘Oh my God that’s terrific – good on you’. So I got the okay to do it.”

Hamersfeld says the fashion industry changed a lot during her hiatus. “Back [when I started] we had brochures; [but] all the PR and social media ambassadors today are so different. Vanessa is half my age, she knows it all,” she says of her partner. “She needs somebody like me, too,” Hamersfeld adds, referring to her wealth of experience in fashion design and the Australian industry.

Can the once-favourite label rebrand and re-establish itself with the same relevance it once had? “We want it to be as big as Metalicus, if not bigger,” says Hamersfeld. 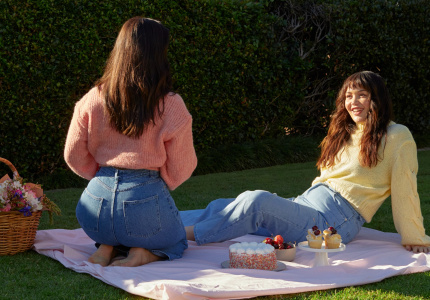