Italian-denim suits, cotton shirting and practical knitwear made to last. 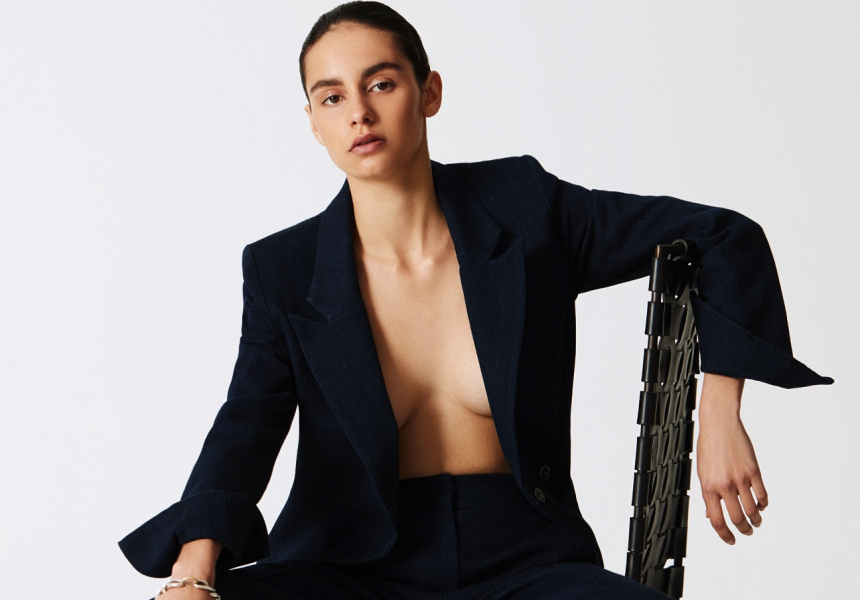 The fashion calendar makes Esse Studios founder Charlotte Hicks uncomfortable. The speed at which we produce and consume fashion is something she has always questioned, even while she worked as a designer for Australian labels Zimmermann and Sass & Bide.

Her debut collection, Edition One, was released in September. The label Esse Studios turns its back on trends and is instead made up of denim, cotton shirting and knitwear made to last. Hicks makes a point of encouraging her customers to invest in quality materials and timeless pieces that have an enduring appeal.

“I want everybody to start with the foundations of a good wardrobe,” she says. “And then to ask themselves, ‘What are the non-negotiable pieces [they] need in [their] wardrobes?’ And then build on that.”

The Paddington, Sydney label's pieces are comfortable and easy to wear.

“I’m such a denim, white-shirt-tailoring kind of girl – [Esse] is about using that cloth in a new way. So, I put a tailoring spin on it,” she says. “That’s the signature, I suppose; the denim suit. It encapsulates everything I want to represent.”

The denim is from Italy and yarn-dyed naturally with real indigo using the leaves of the Indigofera plant. Unlike most denim, which is laundered after the garment has been made, this denim is washed prior. “[It] allows me to treat it more like a traditional tailored cloth,” says Hicks. Crisp cotton is also sourced from Italy, and both denim and cotton garments are made in Australia.

“I love playing with silhouette, I love playing with form,” she says. “I’m notorious for putting things on backwards, upside down, back-to-front just to create new interesting shapes.” She also says she loves to work with the female body.

Plans are already in the works for Edition Two, which will complement the debut collection so that customers can “slowly build on the classics”.

“From an aesthetic point of view, she appreciates the classics and the timelessness of those pieces, but she does want something different … something unique,” Hicks says. The Esse woman also has a touch of masculinity to her and will feel empowered when she wears these pieces.

The label has plans to evolve into more sustainable fabrications, but right now the focus in this regard is on appreciating and investing in pieces that last. “And bucking the built-in obsolescence of the fashion calendar and the fashion cycle.”