Yarn for the Ages

Tasmania’s 145-year-old Waverley Mills – the last woollen mill of its kind in Australia – is fighting its way into the future with a beautiful new range of scarves and recycled blankets. 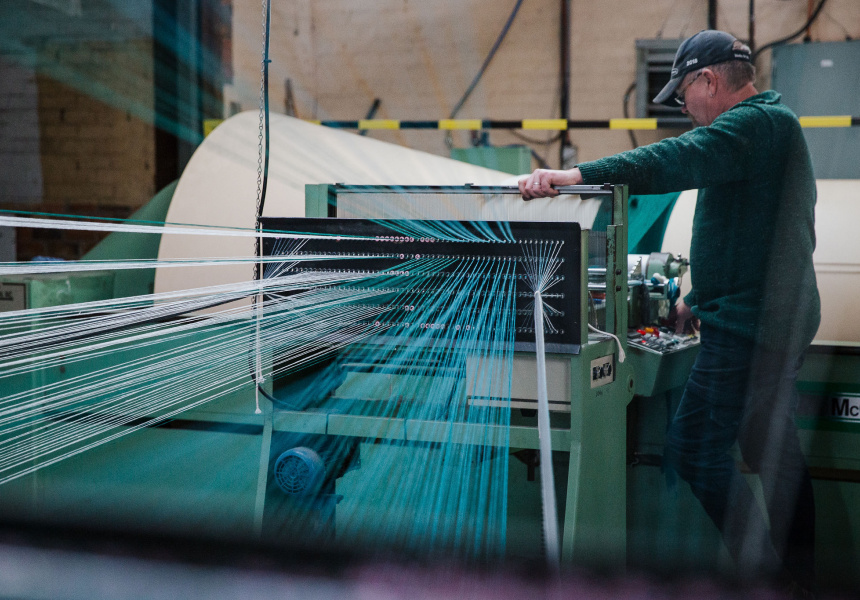 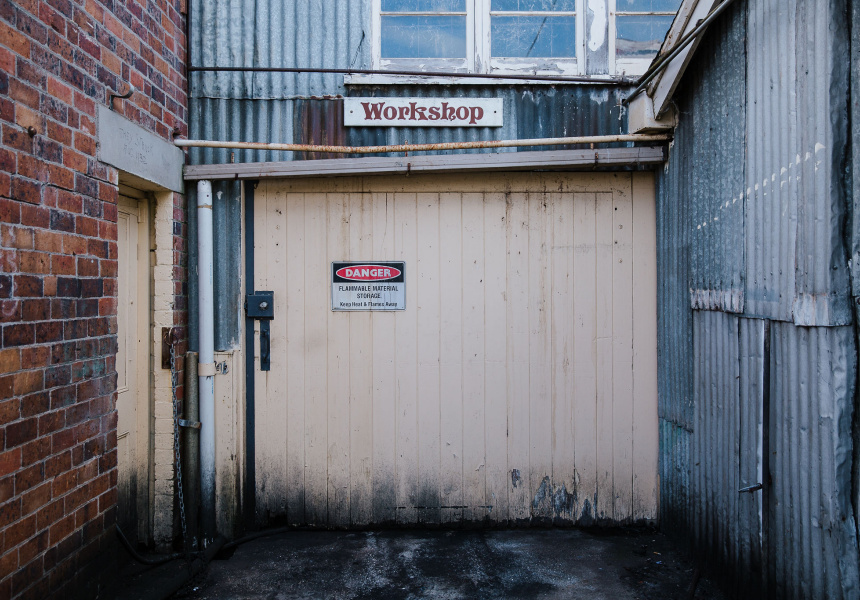 Before the doona, there was the woollen blanket. The satin-edged pieces were ubiquitous in Australian households in the post-war years, and there’s a good chance your mum or nan still has one (or more) in their cupboards.

Since 1874, Waverley Mills in Launceston has produced those blankets, along with many other wool products. The mill has seen its fair share of ups and downs during its life, though its struggles have been most apparent in the past few decades. It went into receivership in 2005 and has changed hands multiple times.

Today it’s the only woollen mill in Australia capable of both processing wool and weaving it into products. And since a new team entered the picture last year and launched a successful crowdfunding campaign, things have been looking up – though the work to future-proof the business is far from complete.

“We rebranded, changed our marketing structure and changed the make-up of the whole business,” says new CEO Andrew Cuccurullo, who helped acquire the business with a board of investors. Before then it was dying a “slow death”, mostly making products for other brands (rather than under its own name) at very low margins.

The crowdfunding campaign raised more than $160,000, all of which was used to buy new wool. Without that, the mill probably wouldn’t have scraped through. With some crucial adjustments to the product lines, it can go about doing what it does best, keeping a century’s worth of know-how alive in the process.

Your grandma probably wouldn’t recognise the revamped brand of today. Then again, she’s not exactly the target market anymore. Sixty per cent of production is now devoted to the Waverley Mills brand. The remainder is dedicated to private-label clients and collaborations.

Cuccurullo has enlisted designers Rina Bernabei and Kelly Freeman of Bernabeifreeman to create fashion-forward new colourways and patterns for a range of fine merino and alpaca blankets, and the brand is now pitching to a customer who prizes both design and sustainability.

The mill’s range of recycled blankets – made entirely of woollen offcuts, old blankets and other unused fibres that pass through the mill – were first created 60 years ago and sold cheaply to welfare services and charities for the homeless. But when the cost of labour rose, that arrangement became unviable. Now the recycled blankets have become a desirable, eco-conscious option for households, much like the satin-rimmed originals were.

The blankets take four to five weeks to make. Great bales of wool from New South Wales and Tasmania are put into a carding machine to blend the material and rid it of impurities. After that a machine spins the wool into yarn before it’s dyed and woven into the final product.

It’s been done this way since Scotsman Peter Bulman founded the mill. In the ensuing years the 4500-square-metre factory has produced everything from clothing to electric blankets, tweeds to flannels. There was a long-running contract to make blankets for Qantas, too, but that eventually wrapped up when the mill couldn’t compete with overseas manufacturers.

Cuccurullo, whose background is in textiles and technology, knows there are still multiple challenges ahead. Continuing skills is one. “It’s a big challenge for us to bring new talent to this space,” he says. “That’s one of the risks of the business –losing the knowledge of older staff. But we are trying to address that by bringing in trainees and people with new ways of doing things.”

He also plans to open the mill up for public tours, a move that could give outsiders an insight into a piece of Tasmanian history and get potential new staff interested. At the height of production, the mill employed around 120 people. Today there are just 15 multiskilled workers overseeing everything.

With the success of the brand’s recycled range, Cuccurullo is also looking into denim offcuts as a potential waste stream, the aim being to blend denim and wool. It’s still early days, but he’s looking into partnering with denim manufacturers or launching a bigger project whereby people could drop off their old jeans.

The mill is also working on a select range of clothing, starting with The Bluey – a jacket the mill once made for convicts that was later favoured by farmers for its suitability for cold and wet conditions. “It’s an iconic piece we want to make both practical and fashionable,” Cuccurullo says.

It’s obvious Waverley Mills must innovate or die. But despite all the changes it’s heartening to learn the factory still receives the odd request to repair an old blanket. Cuccurullo sees it as a testament to the quality of the product, and the trust the company has built over the decades. “We’ve got people who’ve had these blankets for 50 years, so they do send it back to the mill to have the satin re-stitched,” he says. “The legacy that we have is amazing.”