How to Shop the Tie-Dye Trend

The hippie style has been given a modern update in 2019. Shop our editor’s picks of the best contemporary renditions, including ’90s-style slip dresses, knitwear, hoodies and tees. Plus, we share some tips on how to style the look in winter. 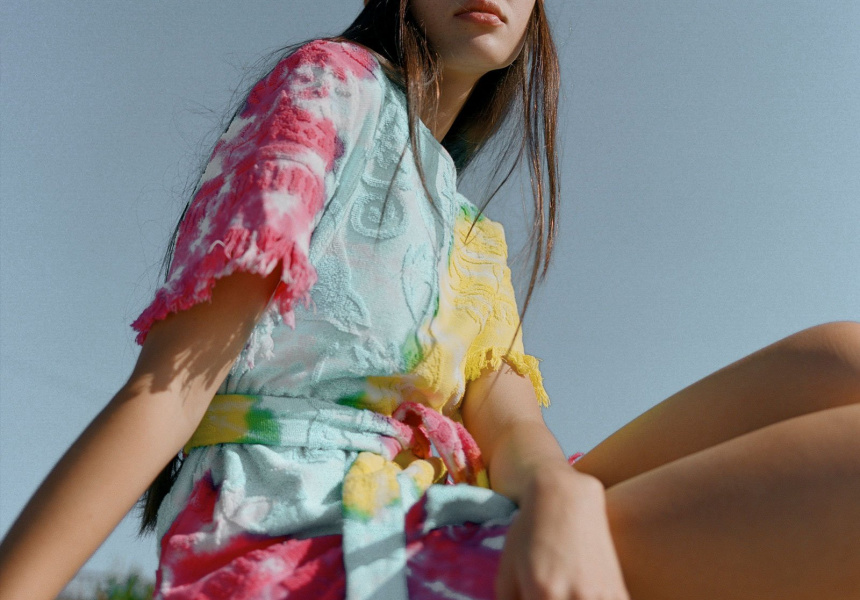 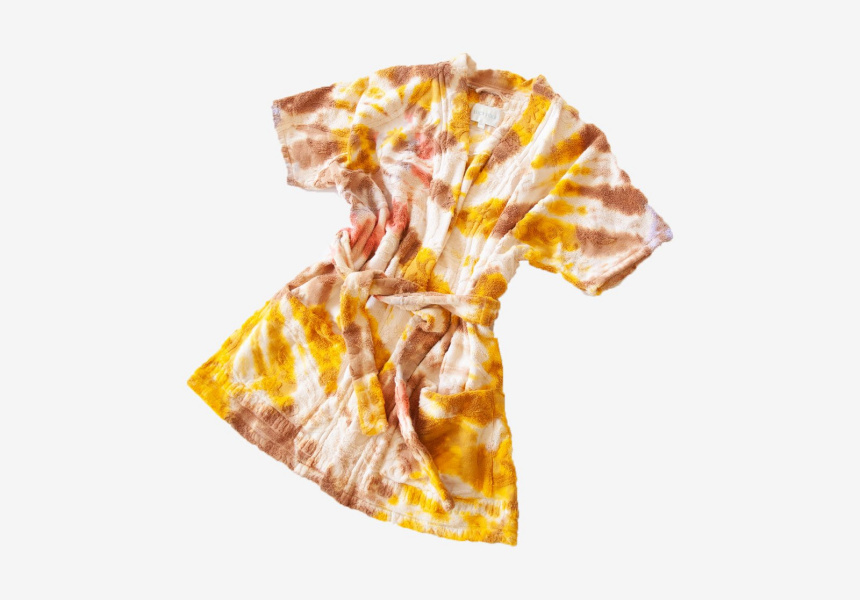 Tie-dye – the colourful fabric style synonymous with hippie culture – is experiencing a resurgence on runways and on the street in 2019.

You can see the psychedelic style in new collections by a host of Australian fashion labels, including Lucy Folk and Silk Laundry, while international designers such as Proenza Schouler (which has been partial to the technique for years now), Prada and Ganni are running with the look too. Alongside vivid, boldly coloured versions, designers are playing with more subtle interpretations in muted pastels and monochrome.

The beauty of tie-dye? No two prints are ever the same, so you can be guaranteed you’re wearing something unique.

Despite its vibrant use of colour and summery vibe, tie-dye works just as well styled under coats and blazers in winter as it does on the beach or at festivals.

Lucy Folk, poolside robe in mantra swirl, $350
The Melbourne-born, Paris-based designer’s resort-apparel collection of towelling robes and separates is hand-loomed in Marrakech. The pieces are ideal for languid summer lounging. After selling out twice, the line has been replenished alongside towelling bags and hats made in collaboration with German milliner Mühlbauer.

Our pick is this tie-dye robe, which can be thrown over neutral-coloured bathers for the beach, or worn as a dress in summer with espadrilles or slides in the city. (Make sure you fasten the rope securely to avoid any … embarrassment).

The label’s new watercolour-like bucket hat in shades of pink, blue and yellow taps into two fashion trends: the tie-dye renaissance, and the resurgence of the ’90s-style floppy hat. It’ll be useful in summer, of course, but you can make it work in winter, too. Try pairing it with a tailored jacket or blazer and pants – or style it with an all-white outfit – for extra impact.

Réalisation Par, the Capulet, $325
Australians Teale Talbot and Alexandra Spencer founded Realisation Par in 2015, and instantly garnered an international fan base for their pretty patterned dresses. The label’s cowl-neck Capulet dress in Karma – launched only a couple of weeks ago – is already proving popular.

While the Capulet is probably best reserved for summer, the Naomi – a ’90s-style slip skirt – can be worn during colder months with a skin-tight bodysuit or black skivvy tucked in. Complete the look with black or camel boots (knee-high or ankle) and a leather jacket and you’re good to go.

Base Bodywear, tie-dye basic round-neck long-sleeve, $60
After selling Metalicus to General Pants in 2016, Melbourne’s Melma Hamersfeld returned to the fashion game in late 2018 with a more refined take on her original stretch basics.

Base Bodywear just introduced a series of tie-dye long-sleeve tops in fuchsia, blue, charcoal and green. They fit like body stockings, holding everything in and tucking seamlessly into high-rise jeans, pants or leather skirts. They almost feel like a second skin.

The non-toxic, non-allergenic organic dyes used in this particular design (inspired by traditional Chinese tie-dye) come from the isatis, a plant with small yellow flowers. Style yours with mules or black slides in summer; in winter wear a black or white long-sleeve knit underneath for warmth.

Stüssy, copyright tie-dye hoodie, $109.95
California streetwear label Stüssy opened its first Australian flagship – or “chapter”, in Stüssy vernacular – in Darlinghurst in Sydney’s inner east in April. The label’s new long-sleeve tie-dye hoodie comes in a green, blue and purple palette, and features the label’s iconic graphic across the front and an adjustable hood.

(Saint Laurent is selling a similar design for $1,265.) Pair it with black slacks, jeans or trackpants and go for a generous fit.

Georgia Alice, Honolulu tee, $285
Designer Georgia Currie launched her New Zealand label in 2012, shortly after winning the 2011 Westpac Young Designer competition. The Georgia Alice trajectory has been northward since then, with key stockists including Myer, Net-a-Porter and Farfetch. The label’s early off-the-shoulder tops generated a mini-frenzy with buyers.

Currie’s versatile Honolulu T-shirt comes in flattering shades of peach and blue. The roomy fit works well with a pair of pale-blue Levi’s or leather pants, and can be worn with a midi skirt, too. For something more formal go for the relaxed, slim-fit Acid shirt, now on sale for $399.

The Elder Statesman, tes tie-dye cashmere sweater, $2,331
Based in LA, The Elder Statesman is known for its luxury cashmere garments, which share the same quality – and prices – as clothing from Europe’s luxury fashion houses. Greg Chait founded the label in 2007, and its colourful Californian spirit has since attracted a serious following, with many pieces becoming collector’s items.

The tie-dye printed sweaters are one of the label’s hallmarks. They’re contemporary, flamboyant and fun – words you might not usually associate with cashmere – and, of course, they’re incredibly soft. 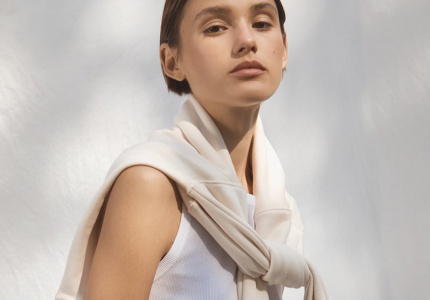