Post your favourite jumpsuit, jeans or T-shirt to the Sydney company, and they’ll send it back to you dyed perfectly black – so you can extend the life of the items you already own. It’s a win for you and for the planet. 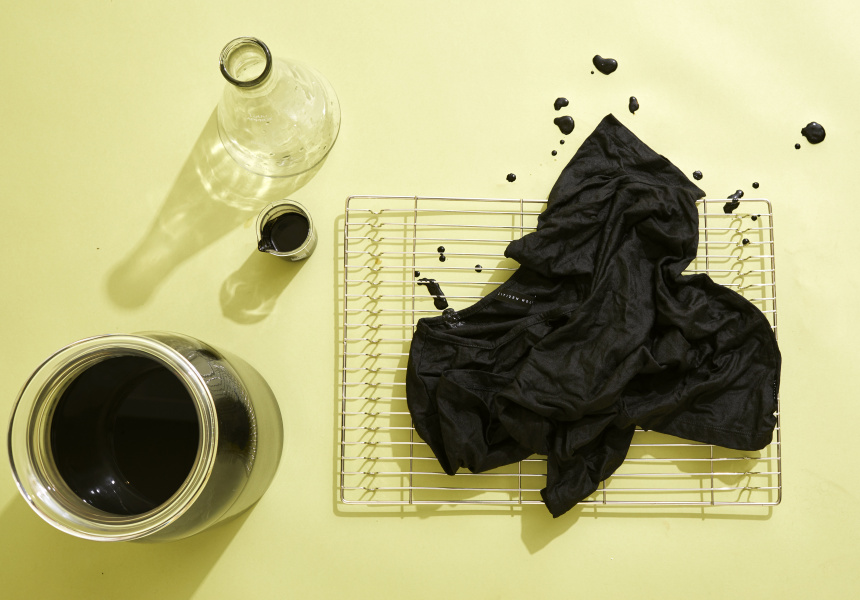 You guessed it, Sydney’s “carbon negative” fashion company Citizen Wolf isn’t a fan of the yearly Black Friday sales. In fact, the custom T-shirt makers are passionately anti mindless sales that encourage over-consumption and ultimately add to carbon emissions and the number of textiles going to landfill.

So, in response to the November 26 retail tradition, Citizen Wolf is bringing back an offer of its own – Black Fridye. For one week, you can send in clothing you already own and have it dyed black for 70 per cent less than what you’d pay at a dyehouse.

“Black Fridye delivers the same dopamine hit as hauling something new, but with 95 per cent less carbon,” says Zoltan Csaki, co-founder at Citizen Wolf. The project started four years ago, and the company estimates that during last year’s offer, around 1.85 million litres of water were saved – if you compare the process of re-dyeing clothing to creating it from scratch.

“This year we’re aiming to save five million litres, or enough to fill two Olympic swimming pools,” says Csaki. “It takes around 7547 litres of water to grow and process the cotton to make a pair of jeans, but it only takes five litres to re-dye your favourite pair black again and make them good as new.”

You can send in any type of garment, made by any brand. It costs $19 to dye tops and up to $39 for jackets, plus you’ll pay for shipping. The idea is that you’re giving a new lease of life to clothes you’ve stopped wearing either because you’re bored of the colour, or they’re stained or faded.

“We can dye anything plant-based or cellulosic – cotton, lyocell, viscose, rayon, hemp, for example,” says Citizen Wolf’s Emma Hakansson. “Our most popular re-dyed garments are jeans and tees.”

Hakansson tried the service herself last year, dyeing an orange bodysuit with synthetic orange stitching, which the dye doesn’t penetrate. “I got it dyed black and now the stitching along the edges is still orange, which I think is a great little detail. I wear it much more,” she tells Broadsheet.

“It’s an incredibly easy and affordable way for individuals to reduce their carbon footprint by giving their old clothes a second life.”