Gemstones for Every Day in Jeweller Natalie Marie’s Latest Collection

The engagement ring specialist – and Meghan Markle favourite – has branched into everyday pieces in her new range. 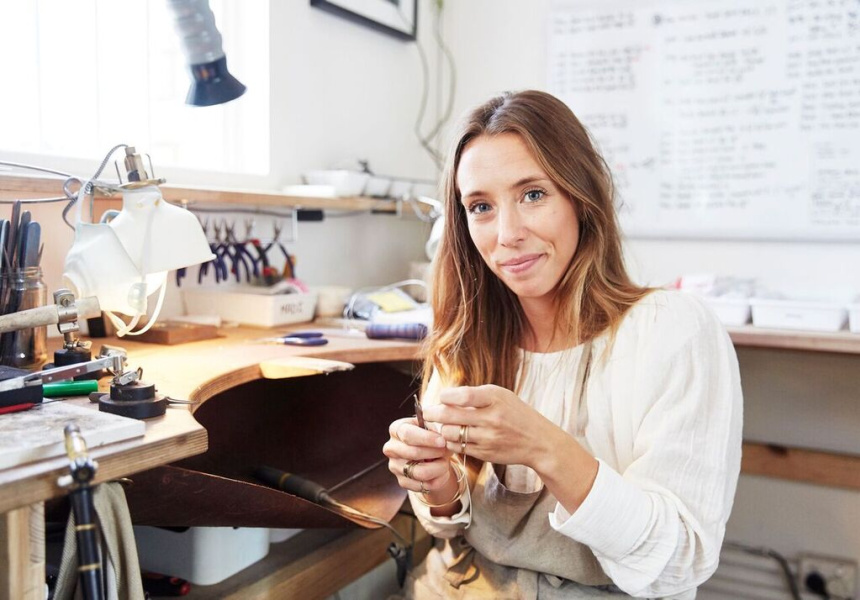 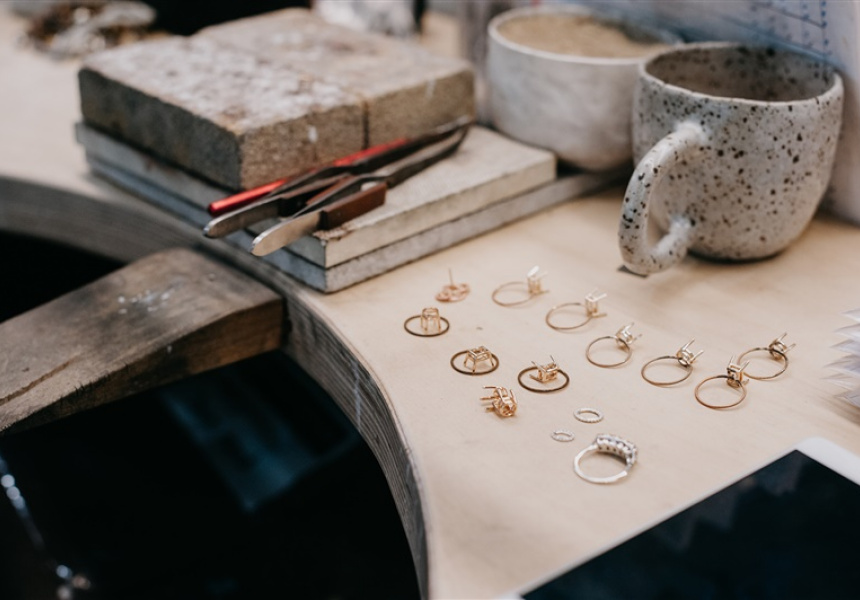 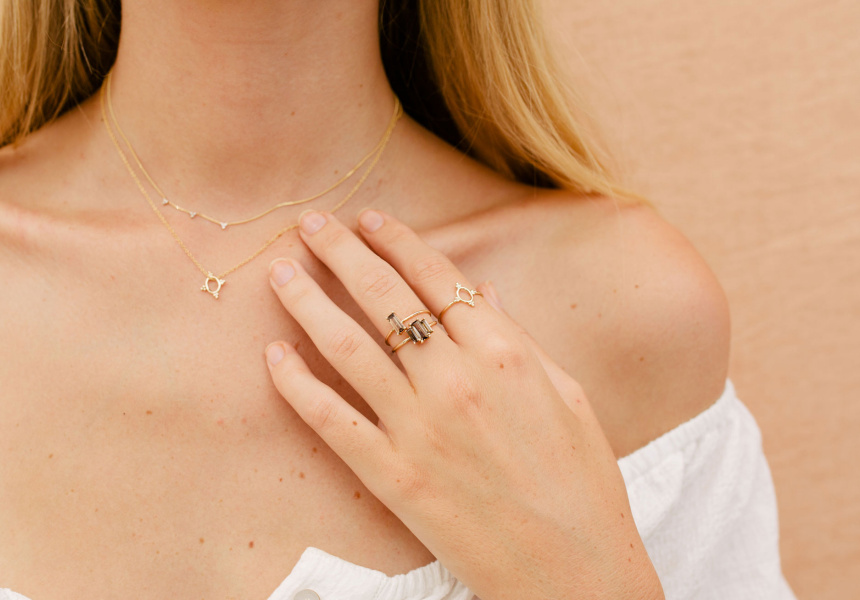 Heavy statement jewellery is an attention-grabber, sure, but a fine chain or minuscule pendant are often just as likely to invite a closer look and the question: where did you get that from?

Such quiet yet striking pieces are the epitome of Natalie Fitch's’s jewellery label Natalie Marie, which launched in Sydney in 2012. Tiny precious-metal beading has become her signature.

“My style has always been on the finer side of things,” says Fitch. “People are really drawn to the delicacy and intricacy of something subtle and understated. It seems to catch your eye. You have the opportunity to surprise people with the level of detail.”

Eight months in the making, her latest 73-piece collection (titled Eau) arrived last week. The baguette diamond studs, signet rings, fine chain necklaces, and cuffs and bangles are all made to order.

“We’re targeting this as everyday jewellery rather than the bridal stuff we do,” says Fitch of the price tags, which start around the $200 mark and stretch to $2500 (fine jewellery featuring gemstones often runs upwards of several thousand dollars). “We’re trying to steer away from needing an occasion or a special moment to wear these pieces. Not everyone’s story is defined by those key milestones.”

Drawing on the conceptual and cyclical nature of water and the moon, the new line features both natural precious and semiprecious stones, from a watery green amethyst to ocean pearls. The trademark metal beading is there too, with delicate studs soldered by hand.

“It’s very intricate. The jewellers all hate me for it,” she says, laughing. “Those tiny, subtle details are what really grab people’s attention.”

More buyers today are asking where their precious gems come from, and how they’re mined. How does she navigate the often murky (and unethical) supply chain?

“We’re privileged to work with an American supplier who has been cutting stones for us for seven years,” she says. “He’s a fourth-generation miner with his own mine and cutting factory so there’s a really clear supply chain.” She also strives to use Australian stones wherever possible. “The mining conditions in Australia are among the best globally,” she says, adding that there is legislation in place to “protect the environment as well as the workers”.

Natalie Marie has attracted an army of local and international fans, and the Duchess of Sussex, Meghan Markle, is among them.

“That relationship was formed years ago. [She discovered the label on Instagram] back when she was working on Suits,” says Fitch. “She had a connection with the brand and loved the pieces – we made some custom items for her. I’m really glad to see she still enjoys wearing them today.”

How has the “Meghan effect” impacted business? “There’s a huge amount of people looking at her every single day … We’ve seen much more interest, particularly from American customers.”

Natalie Marie is part of a growing community of Australian designers with a made-to-order ethos. For Fitch and labels such as P Johnson Femme and Bella Clarke Jewellery, it’s a more sustainable approach to fashion.

“You’ve always had the big jewellery companies pumping out tons of pieces made in factories. In Australia now we’re having this moment where you have lots of small to medium sized brands [gaining popularity] and using traditional handmade techniques, sitting in the studio like us,” she says.

She points out that she’s sitting in her new Avalon showroom and workshop, watching a team of 20 busily work around her – using their hands. “To be able to bridge the gap between those big manufacturing companies and smaller jewellers you see in little towns is fantastic,” she says.

A lot of Fitch's time is now dedicated to working one-on-one with customers on engagement rings, a process that can take anywhere from a few weeks to six months from the first consultation to finished result. What is the modern bride looking for?

“There’s been a big shift away from traditional diamonds towards different, coloured stones,” she says, mentioning sapphires and the odd emerald. “It’s such a personal, intimate process. Customers now want to be involved at every level, adding hidden meanings to their pieces.”

Next, Fitch plans to take her bespoke service overseas. “We do a lot through email and Skype, but because it’s such a personal process – and the fact we have a really strong American customer-base – it’s about time we went over there,” she says.