Models arrived in lifts wearing Sheraton Mirage-style sweaters, and the smell of wattle wafted throughout. But was the collection any good? Models made an entrance via a lift then strutted down the (very long) Aussie "dirt" runway complete with native plants and oddly (or not) a couple of blow-up dinghies; the scent of wattle was in the air. The soundtrack featured John Farnham's Pressure Down, INXS's One of My Kind and Enya's Sail Away.

The crowd, unusually excitable for a fashion show, whooped and cheered throughout and were treated to a performance of World of Our Love and Survival in the City by the boys. At one point vocalist Monte Morgan played up to the ’80s excess theme by popping a bottle of champagne and pouring it out dramatically, as bandmate Harvey Miller banged on what seemed like unplugged electric drums. It was amazing.

Launching a complete menswear, womenswear and accessories range, Client Liaison Deluxe Line is perhaps the band’s most ambitious voyage into brand territory yet. It’s taken Miller and Morgan a year to perfect, and cost them a pretty penny, too.

“I don’t mean this as a jab at the Australian fashion community, but if we’re not going to traverse the space between music and fashion and put on events, who’s going to fucking do it?” Miller tells Broadsheet.

After their first leisure collection sold out nationwide and was picked up by Urban Outfitters in Europe, this collection features printed suits, Sheraton Mirage-inspired sweaters and outback-coloured eyewear. Every detail has been fanatically fussed over by the band and their expanded fashion team, from fabrics to the cuts and weight of each piece. Prices range from $99 to $350.

“I think about some of my favourite brands like Versace, Tommy Hilfiger and Calvin Klein. The narrative and history behind them is really significant,” says Miller. “You look at Calvin Klein’s advertising in the ’90s and it’s just such a strong world. I would hope that we could create a similar world for people.”

Client Liaison Deluxe Line will be available to buy online in mid June and will be sold at pop-up stores in both Sydney and Melbourne. 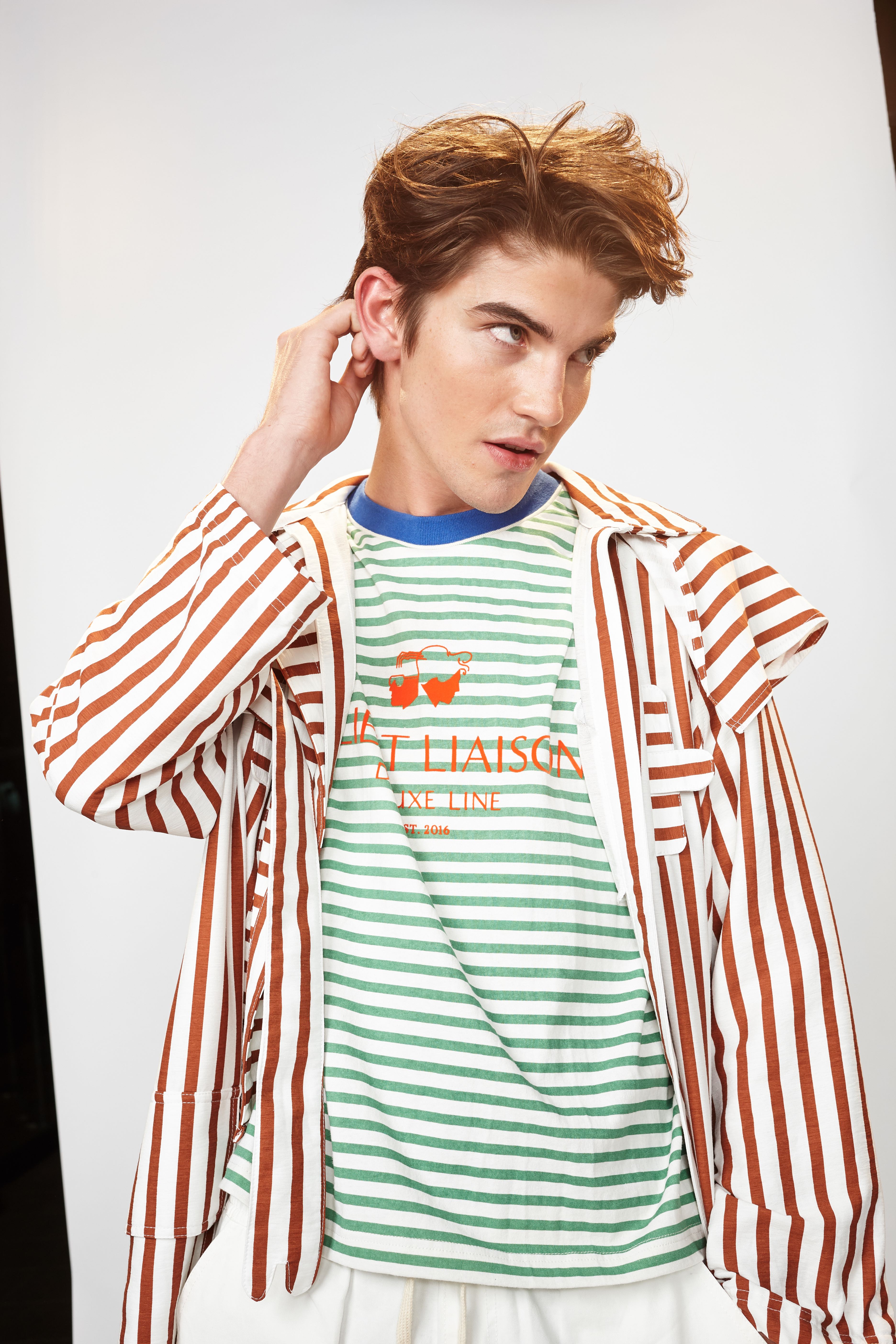 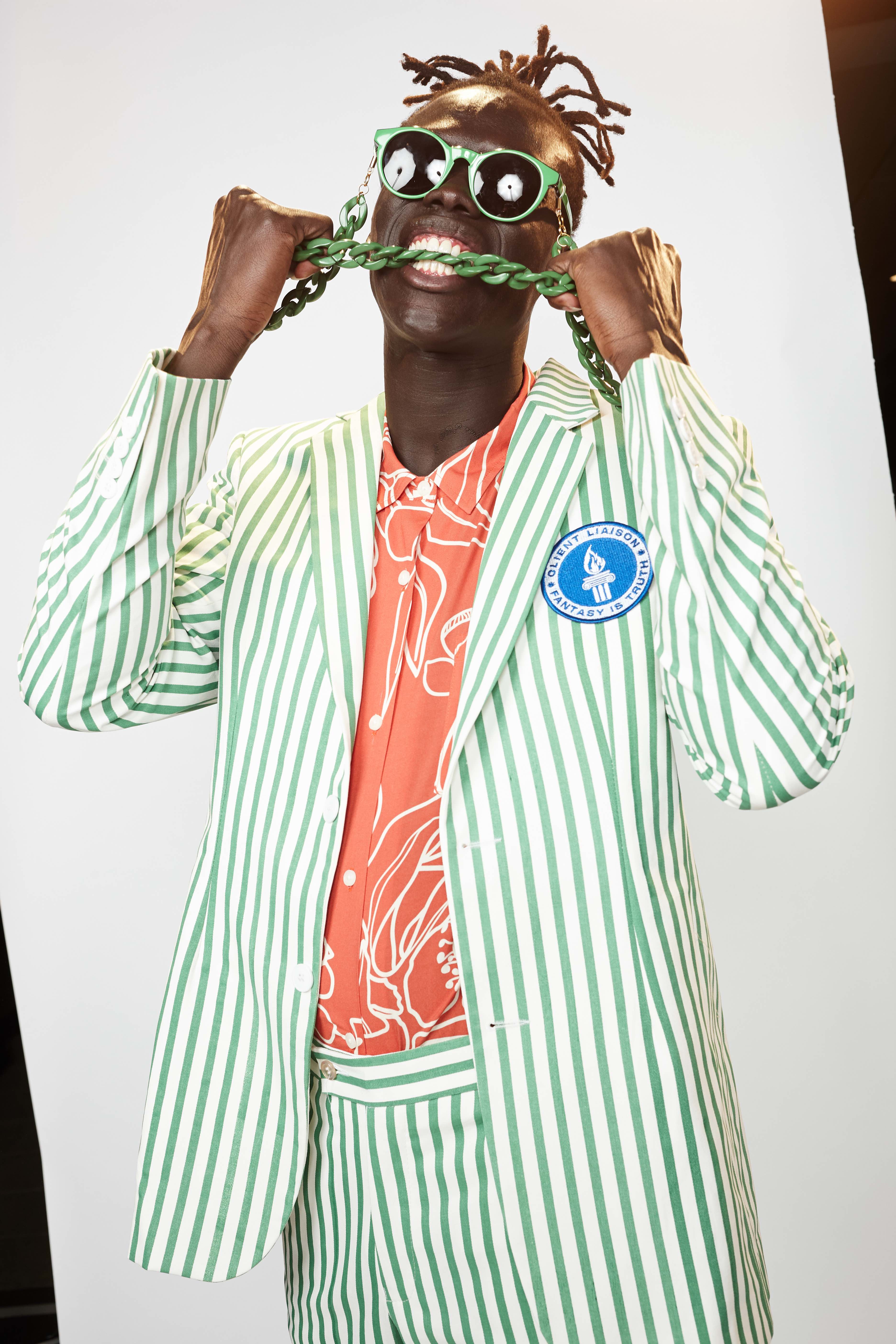 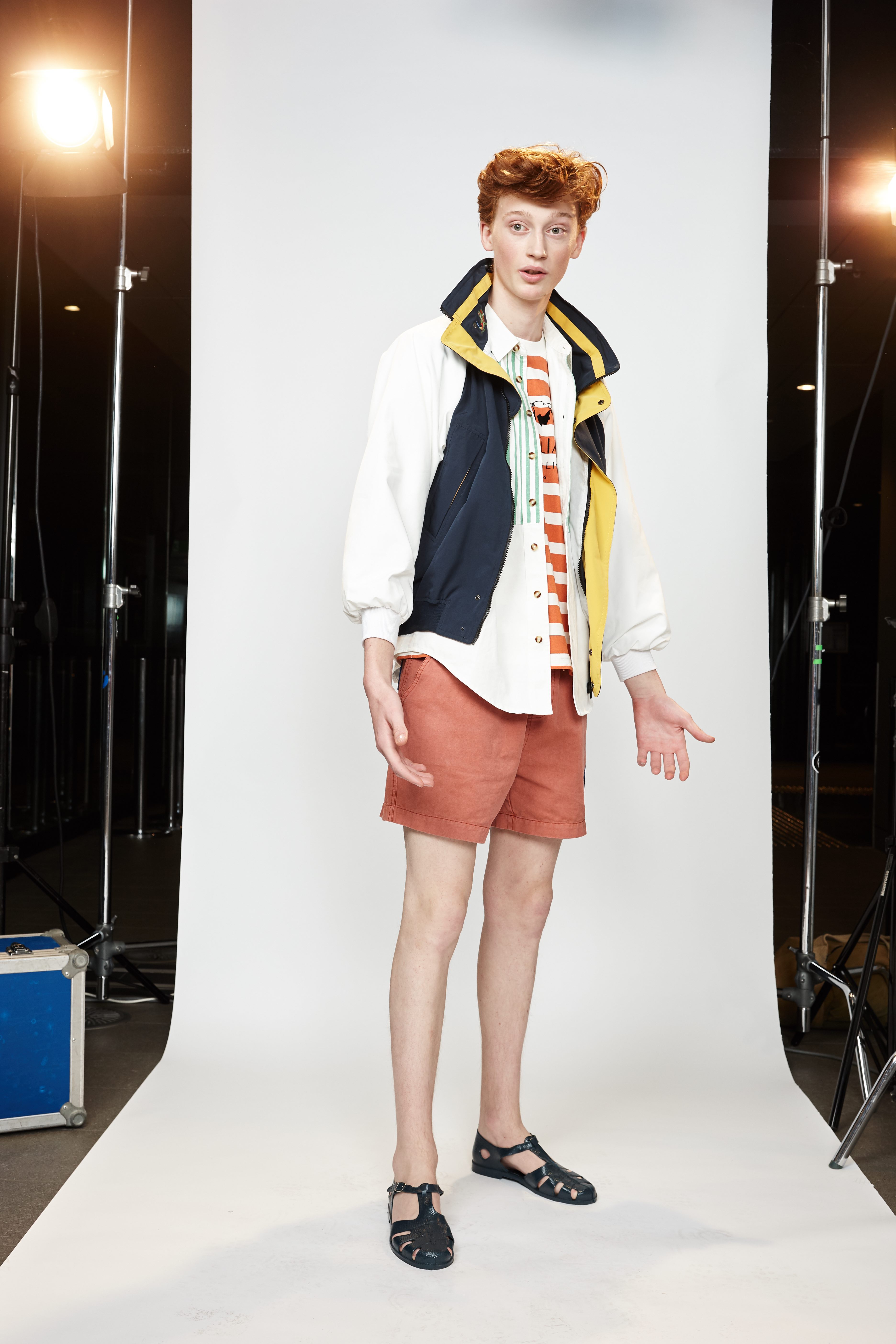 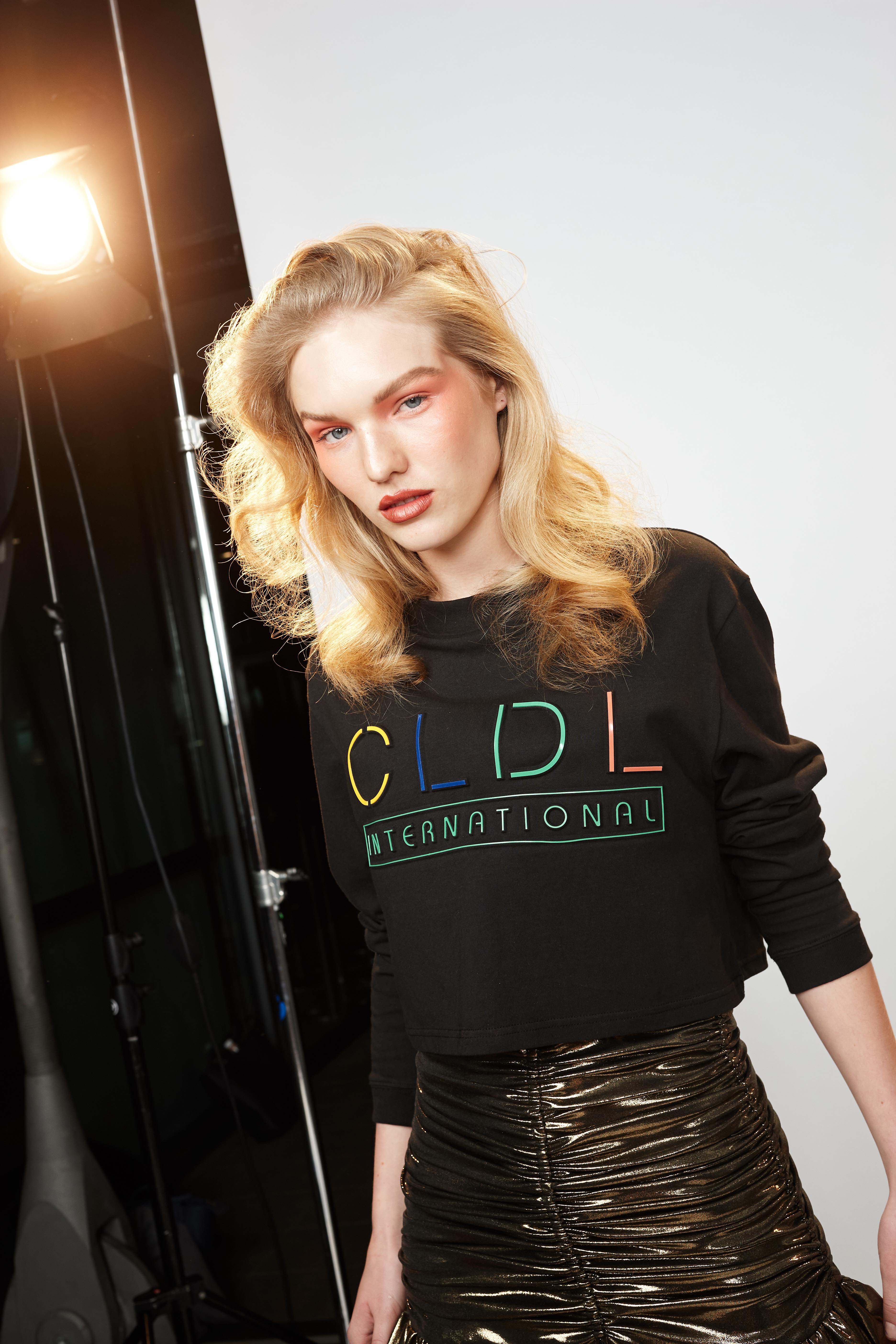 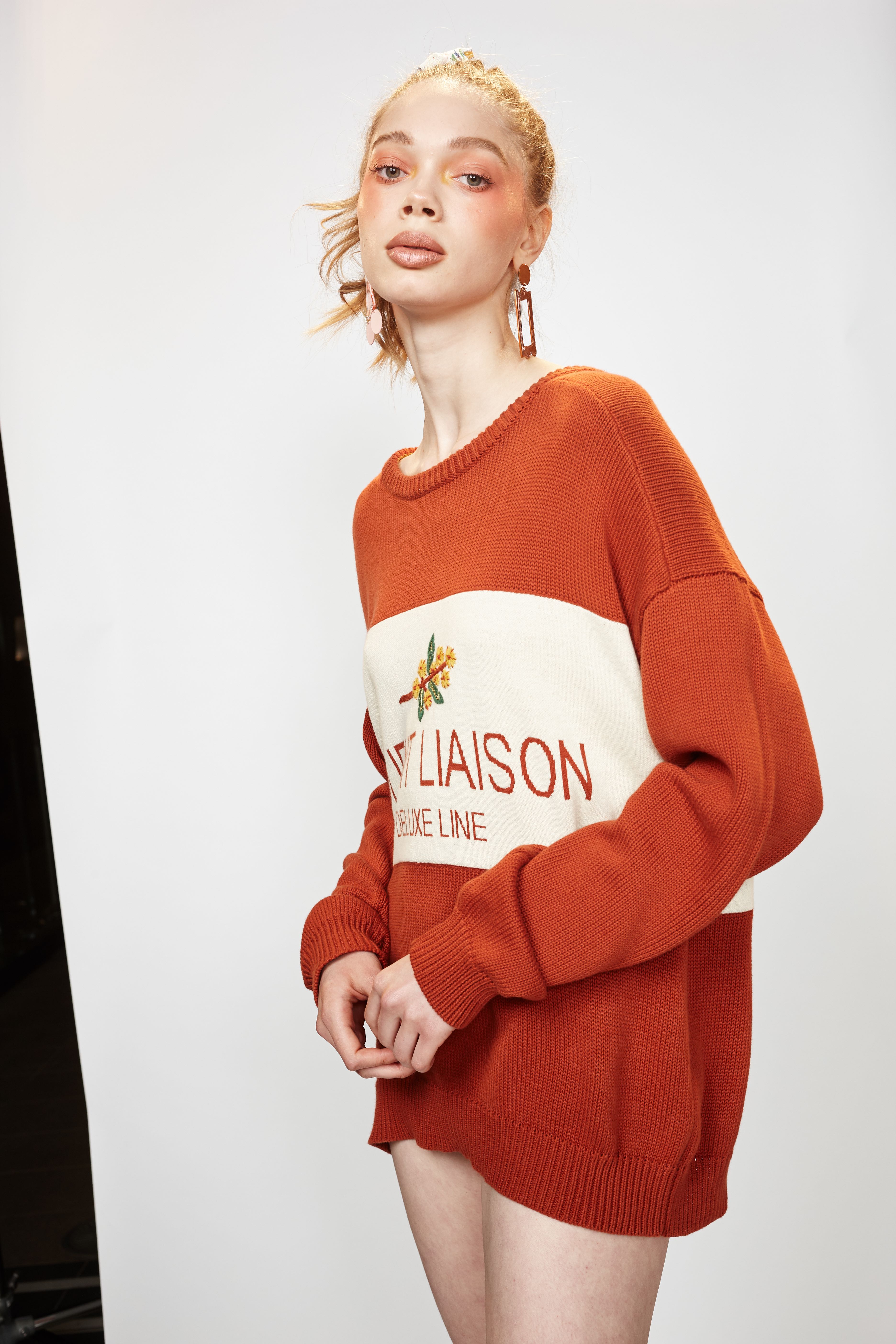