While its shirts and dresses in breezy Italian cotton are made for European holidays, you don’t need to be ambling through the Amalfi Coast to wear them. 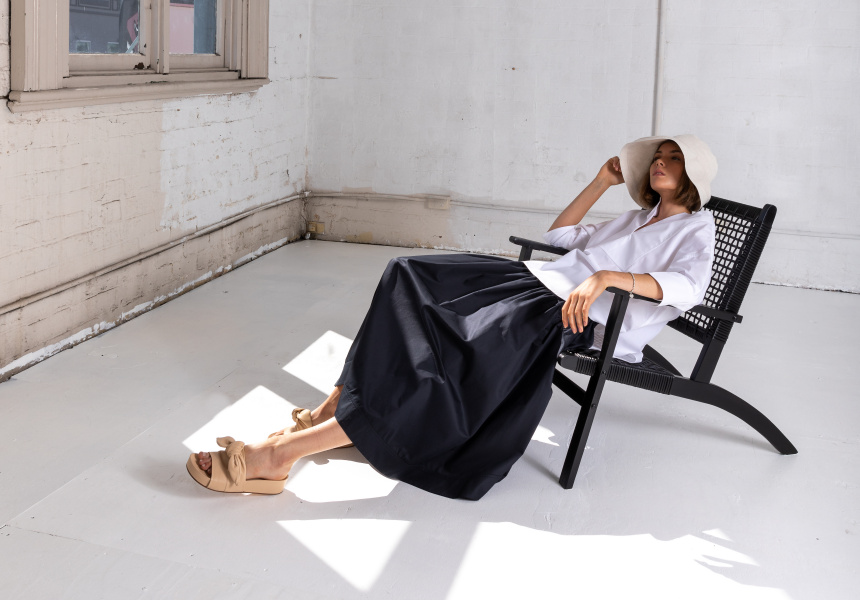 For many designers, launching your own label is the apex of a career – the thing that propels you out of bed each morning.

But that wasn’t the case for Alanna Camilleri – the wonderfully frank and honest founder of the new Australian resort-wear label Selfe Studios. “I always thought it sounded a bit stupid,” she tells Broadsheet laughing. “The fact that this has happened now feels totally surreal.”

Camilleri graduated from a degree in textile design in 2015. As a student she had decided she wanted a career designing in-house for other brands. Before graduating, she scored a design assistant position at Sydney’s Bassike, where she was given her first introduction to the A to Z of running a fashion brand – from sketching designs, to finalising samples and the large-scale logistics of production. Those skills which came in handy while she was devising Selfe. “Jersey, swimwear, shirting – I was across everything,” she says.

Later, she moved to another Australian designer, this time Lee Mathews. “I managed quite a big section of the business there, and we were a small team watching as Lee was growing incredibly quickly,” she says. “It was such a great experience, but it was very all-consuming.”

When Camilleri’s mother was hit by a car in an accident, she was on-hand to help with the long recovery – and forced to reassess her priorities. “My plan up until that point was always to work for other people’s brands. But I was working such long hours, I started to think, there has to be a way to pare this back.”

So, she took a risk – she left her job, began managing a boutique, and spent the next 18 months devising and launching Selfe. Rooted in an ethos of season-less simplicity, the brand was designed to be an antidote to an industry dominated by fast-fashion, wear-once, $15 dresses.

Volume I, her first collection, features a curated selection of shirtdresses, ankle-skimming skirts and tunics made with Italian cotton in black, white and cornflower blue. The second collection, available later this year, features similar silhouettes, with the introduction of wide-leg trousers and taupe shirting.

They’re the kind of pieces a person would live in during a European summer jaunt – a painful thought for many of us at the moment. Camilleri agrees. “Oh, I know,” she says groaning.

The brand first launched in November, making quiet waves among Sydney’s Northern Beaches set (the only Australian stockist so far is the Burke Boutique in Mosman) – but Covid-19 trampled hopes that travelling Australians would stock up on the brand for international holidays this winter.

A global pandemic is, naturally, a nightmare for any newly launched business, but Camilleri is taking it in her stride. “I’m never going to be the kind of designer that releases 50 million collections a year – I want people to invest in a piece or two, and then maybe add to it each year,” she says.

“I believe in the simplicity, and I think that will resonate, even through this crazy time we find ourselves in. Sometimes it’s better not to over-complicate things.” 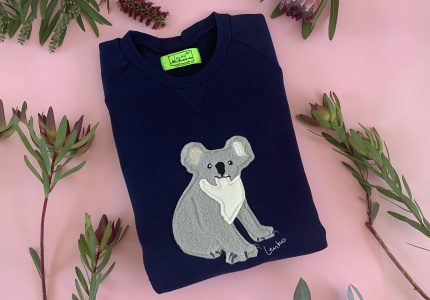