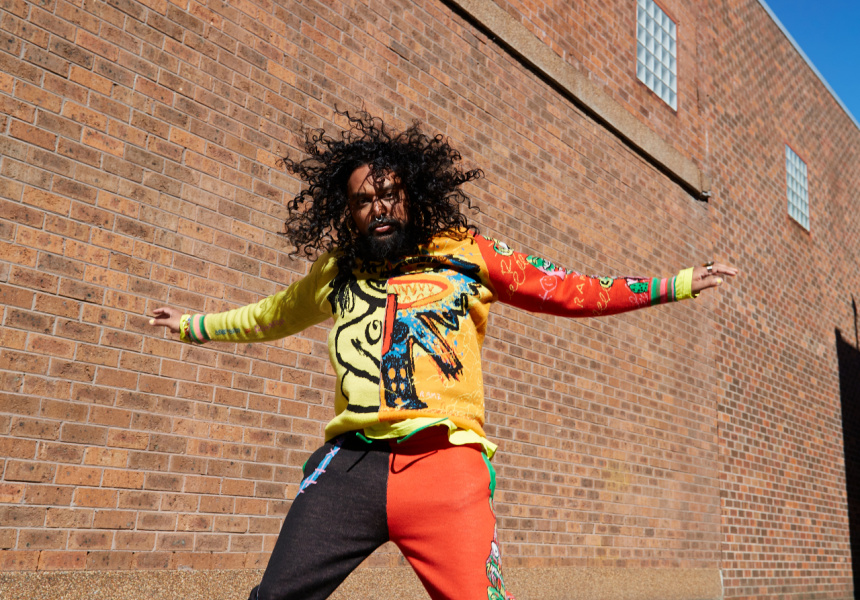 Writer and presenter Noel Fielding (The Mighty Boosh, The Great British Bake Off) is a fan. Melbourne illustrator Celeste Mountjoy, aka Filthy Ratbag, is a fan and collaborator. As is Pitjantjatjara artist and Archibald finalist Kaylene Whiskey.

Launched in 2015, Wah-Wah is a one-woman operation led by designer and musician Kaylene Milner, who plays in Sydney post-punk band Loose Fit. Milner designs wearable art inspired by her favourite record covers, gig posters and comics that she loved as a teen. Over the years, she’s created 100 per cent merino wool knits with homages to albums by the Raincoats, Sonic Youth and Swiss punk band Liliput.

They’re all super soft and luxuriously made – designed in Sydney and knitted in China. Milner’s latest muse – Nithiyendran’s art – is a perfect fit for the label, which only produces its super-fine merino wool jumpers on a made-to-order basis.

“The chaotic, vibrant energy of Ramesh’s art vibrates on a similar wavelength to Wah-Wah’s aesthetic,” says Milner in a statement. “So it seemed inevitable that we were drawn to each other’s work for this collaboration. From a technical standpoint, designing for knitwear can be limiting, but those limitations forced me to rethink how to construct a standard sweater to reflect Ramesh’s work” she says.

Each garment sold gives back to the collaborating artist, and Wah-Wah donates some of its profits to causes Milner feels passionate about. The brand has donated over $70,000 in the last two years to the Climate Council, Firesticks Alliance Indigenous Corporation, Carbon Positive Australia, National Indigenous Youth Education Coalition and Teenage Cancer Trust, for example.

In addition to creating biodegradable knits, Wah-Wah also ensures its packaging is environmentally friendly by using bags made from Hydropol – a non-toxic, water-soluble alternative to single-use plastic.

The Wah-Wah x Ramesh sweater, launched on August 5, features inverted seams at the front and back. It has two designs based on the multi-sided figures that feature in the artist’s sculptures and paintings, which here appear grafted together in Wah-Wah’s signature graphic style.

Nithiyendran says: “I see this collaboration in the form of knitwear as an extension and reflection of my art practice. It’s a nod to thinking beyond binaries, valuing difference and stitching new ways of being together”.

The Wah-Wah x Ramesh jumper is available for $270. 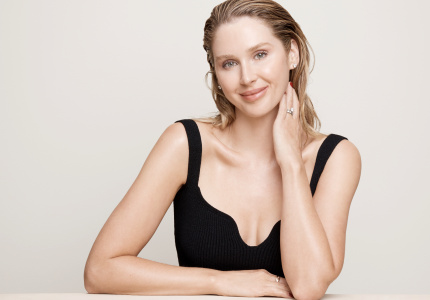