Inside the home of the design power couple. 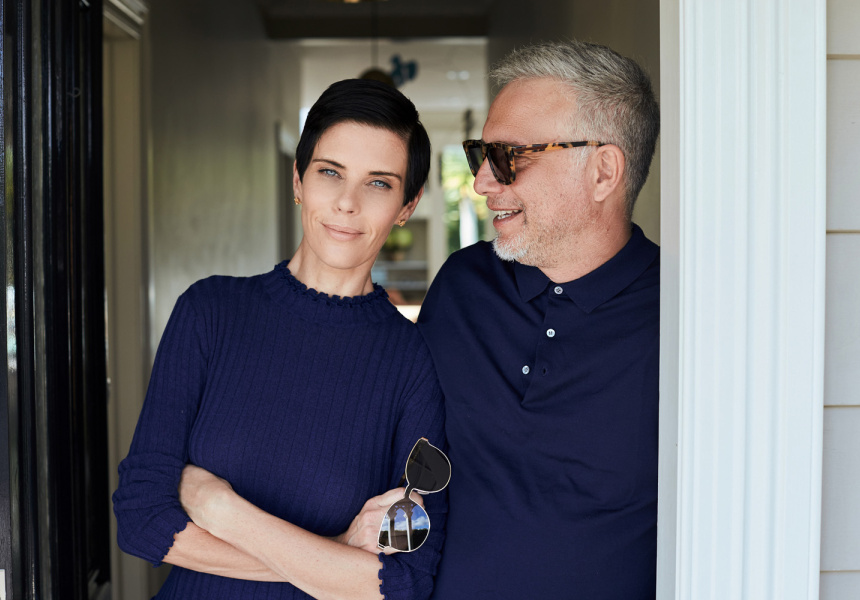 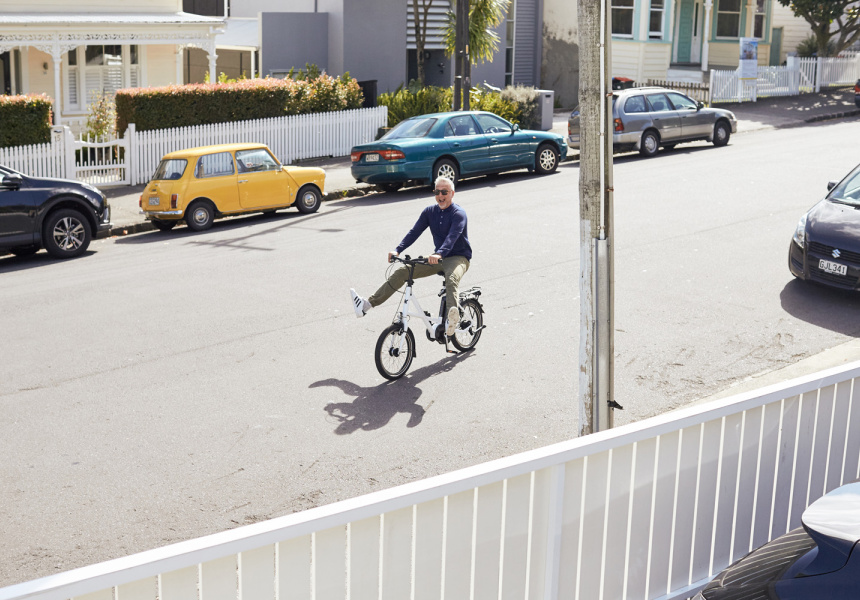 “Is Karen Walker even a real person?” That’s the reaction I get from friends when I tell them I’m interviewing the Auckland-based designer. Such is the size and enduring might of her brand (she launched in 1989) that the name itself sounds like a piece of historic fiction. But I can assure you, Karen Walker, the person, is very much real.

As is Mikhail Gherman – Walker’s husband, business partner and the creative director of the Karen Walker brand. Gherman is the lesser-known half of the business. His work is perhaps most visible in the brand’s quirky ad campaigns.

The couple met at a nightclub in 1987 – Walker still in fashion school, Gherman fresh from art school. Their chemistry was immediate. They got together a few weeks later and have never left each other’s side.

In many ways, they’re the classic combination of business and creativity, of curator and artist. Walker was struck by Gherman’s way of thinking, and his insuppressible “pure creativity”.

“He’s so far ahead of the zeitgeist,” she says. “I grew up in a household with a certain level of taste and a spirit of hard work, but Mikhail was really my first introduction to creativity.”

Gherman admired Walker’s discipline and drive. “She had a completely different attitude to anyone at the time,” he says of their early days. “Once Karen decides on something, she completes it, whereas most people give up half way when it gets too hard.”

As creative director, Gherman researches the design references and puts together the brand’s advertising campaigns – “My job is to frame things,” he says. Walker’s focus is on refining ideas and translating them into the nitty gritty of product design.

Gherman gets bored quickly. Walker says it’s a by-product of his creative genius. By the time he’s onto the next idea, she’s still refining the first. The design room can sometimes resemble a battleground.

“You could call it an argument,” says Walker. “Or you could just call it the creative process.” Gherman explains: “You argue over something you feel passionate about.”

These days, the Karen Walker brand encompasses women’s ready-to-wear clothing, shoes, bags, eyewear, jewellery, homewares, fragrance and yes, paints. The business is probably one of the most successful examples of licensing, lending the Karen Walker name to numerous products without diluting its brand aesthetic. The label currently has 950 stockists worldwide.

Karen Walker has been showing at New York Fashion Week since 2006, but with technology rapidly changing the nature of traditional fashion seasons, Walker and Gherman are constantly rethinking their approach.

About six years ago they started releasing the entire Karen Walker eyewear and shoe collections, along with select clothing pieces, into stores the day after the NYFW show.

It started as a way to prevent counterfeit products beating their own products to stores (the eyewear was being ripped off mercilessly) but it now makes increasing sense, given consumers’ shortening attention spans and the immediate accessibility of runway imagery.

“Once upon a time, it took six months for images of the runway to end up in consumers’ hands,” Walker says. “Fashion shows have the lifespan of an hour during the show, and another hour when the pictures go on Instagram,” Mikhail continues. “People get excited about the show, so why make them wait?”

They’re both excited about the possibilities social media has brought them, in particular in gauging consumer responses. “You know within a day whether your consumer is relating to the product, it’s phenomenal,” says Walker.

But both are quick to note that social media hasn’t changed their creative process. “Instagram’s not going to save you if your idea is shit,” Walker says. “A good idea can be written with a ball-point pen,” says Gherman. “If it’s a good idea, people will take pictures of it.”

Where once the Karen Walker brand was a rolling 24-hour style “mum-and-pop” business, Walker and Gherman now have a dedicated design team and can afford to take a step back. Not that they’re keen on doing that.

“Our team is so awesome, and business is so strong, that we could probably take six months off and nobody would notice,” Walker admits. “But I’m not going to test that yet.”

As of next month, the couple will have been married 25 years. They have become better at separating work from home life, but it has taken time.

Home is in Auckland with their daughter Valentina. Gherman is currently obsessed with cycling – Walker less so, but, “Mikhail got a bike for Christmas, so now I have to be into cycling too,” she sighs.

Still, creativity strikes at the most unlikely of times. “Mikhail makes out like creativity is hard, but I know it’s very easy for him,” Walker says. “He huffs and puffs, but then two hours later, he’ll be unloading the dishwasher and blurt out an idea for the next campaign.”

After 25 years, they’re still learning new things about each other. Mikhail is tightlipped about what he’s recently discovered, but assures us it’s all good. “From day one, we were interested in each other’s success,” he says. “We’re curious and passionate about each other, and that’s why we’re still together.”

This article first appeared on Broadsheet on April 4, 2016.