The Story Behind the Sustainable Seljak Blanket

For every ten blankets sold, it donates one to the Asylum Seeker Resource Centre. 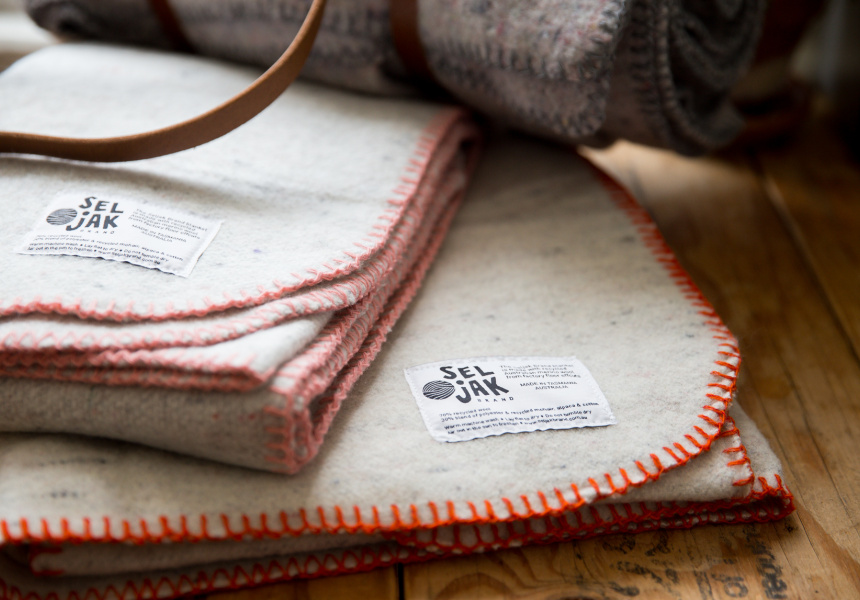 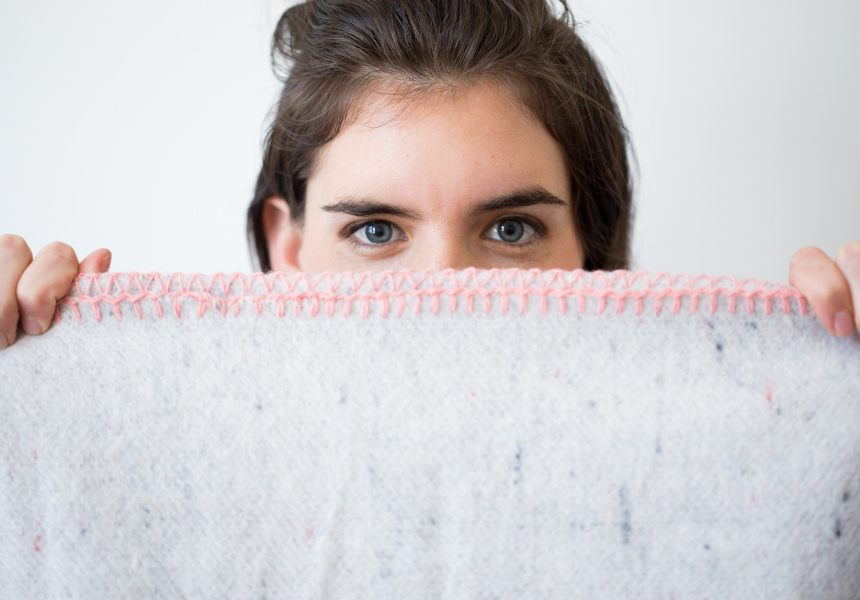 It was the concept that came first. They just needed a way to apply it.

Growing up in Samford Valley, outside of Brisbane, the Seljak sisters weren’t interested in accumulating boxes of two-bit belongings like most middleclass kids. Instead, they were intrigued by things that were meant to last for generations. R.M. Williams boots. Their parents’ Stanley thermos. “Those kind of products have longevity,” says Sam Seljak.

Once in their 20s, Sam and sister Karina tapped into their respective project management and design backgrounds to think of ways they could create products using the waste from different manufacturing processes. It would go beyond mere recycling, tapping into the idea of the circular economy, where renewable energy is used for restorative and regenerative design.

The Seljaks were still kicking around ideas when, in early 2015, they found an Australian textile mill that was both weaving blankets and recycling its own offcuts -- a rarity on local shores (the Seljaks, while still in the process of building their business, are remaining tightlipped about the name of the mill).

A seed had been planted. Textiles already felt like a natural fit given Karina’s design background, but it was a trip to India later that year that would lead to the creation of Seljak Brand. There, the sisters visited rural communities, watching local women spin and weave by hand.

Once back home, the Seljaks approached the textile mill operators, asking whether they’d be willing to supply a new business. They agreed, and the Seljak Brand blanket was born. The sisters also managed to take the deal one step further: if and when a blanket is no longer wanted, they will collect it free of charge via a carbon neutral courier service and return it to the mill to be shredded and remade. “It’s our way of telling people we’ve thought about where this product will go when you’re finished with it,” Sam says.

The Seljak Brand blanket is designed to be sustainable, ethical and environmentally friendly; brought to life and kept within a closed loop system. It side-steps landfill, instead being remade into something of equal or higher value.

The final result is an honest product. Without dying — a process that is very water intensive, Sam says — different coloured offcuts create a speckled effect, lending the blankets an accidental, personalised feel. And they’re given extra practicality when accompanied by an optional leather carrying strap.

For every ten blankets sold, Seljak Brand donates one to the Asylum Seeker Resource Centre in Melbourne.

For the sisters, Merino wool blankets are just the start, and they are already exploring new products and different types of waste from which to manufacture them. “Every dollar you spend is like a vote for the way you expect things to be made,” Sam says. “That’s where the apparel industry is going. It’s at the beginning of the journey.”