Long-standing Melbourne fashion favourite Lenko releases its last limited-edition jumpers of the year. They’re 100 per cent Australian made, on sale Friday and $20 is donated to protect the animals. 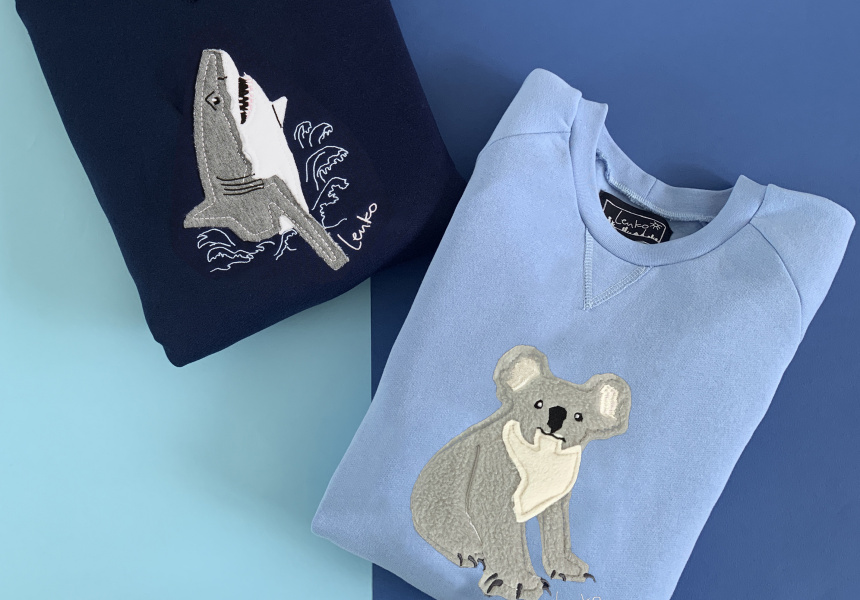 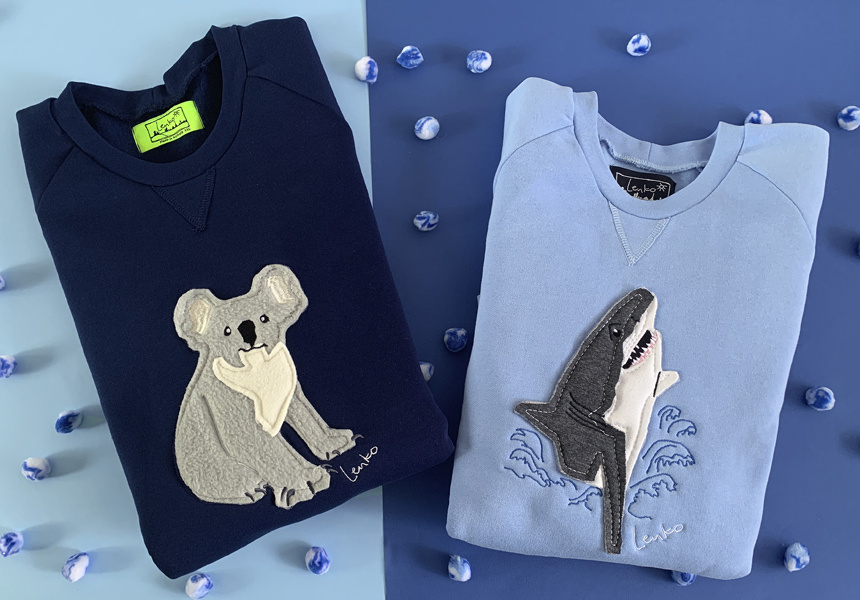 Melbourne-based fashion designer Dana Lenko is behind Lenko, which you may know for its cult-fave animal sweaters.

Every year her loyal audience chooses the animals she should feature in her next release via a competition, and over the years a colourful menagerie has been born. Some of the hits include koala, rooster, axolotl, French bulldog, racoon, quokka, capybara, pig, weedy seadragon and peacock spiders. The fleecy jumpers also come in kids sizes (in selected versions only – the Tassie devil was a hit. So was the wombat). In the past her designs have raised money for Wires Wildlife Rescue, Rewilding and the Marine Conservation Society.

“I think it’s hypocritical to base your whole business on images of animals and not give back to them,” says Lenko.

“All I have in my Instagram feed are animal pictures,” she says. “That’s what I look at all day. Especially in lockdown … it was like a soul-cleansing experience.”

The latest to be resurrected are the koala and the shark. And again, it’s for a good cause: $20 from each koala sweater will go to Wires Wildlife Rescue; and a sale of a shark will raise $20 for the Marine Conservation Society. This is also in addition to a just-launched galah sweater, and $20 from each sale will go to Wires.

Lenko says they had real success with the most recent kookaburra sweater, produced as part of a collaboration with Katrina Smith of the Birds of Oz Instagram account. Lenko raised $2000 for Wires.

“There is a family of kookaburras that come at the same time every day and sit in the same spot on my balcony,” says Smith from her home on the Victorian surf coast. “Barry’s the patriarch. He’s the most gentle of the lot. He’s actually named after my dad.”

In 2020 the birds became the live backgrounds to Smith’s Zoom meetings and video calls. They brought so much joy to her colleagues, family and friends that in August of 2020 Smith decided to upload images of the kookaburras, magpies, parrots, currawongs and galahs she saw every day to social media.

“I downloaded Tik Tok for the first time and popped up a video of the kookaburra family and in the morning it had half a million views.”

Smith was a long-time follower of Dana Lenko’s social media and approached her about bringing back one of her classic sweater designs to raise money for a wildlife charity.

Lenko loved the idea. “Everyone saw the images of the bushfires and koalas, and their habitat being destroyed. But it’s over a year later, people forget. We see the whole world getting hotter. There’s going to be more bushfires. Those wildlife rescuers are just so vital. I don’t even know how they deal with the things they deal with.”

All of Lenko’s sweaters are dyed, cut and sewn in Melbourne, and the embroidery team is in Melbourne too. All the fabric used is from Australian suppliers. They’re produced in very limited runs to reduce waste. 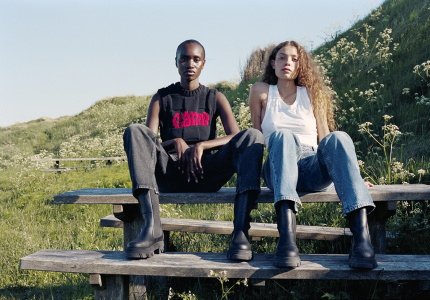