Kick back in T-shirts, shorts and midi slips, all made from 100 per cent French flax linen. 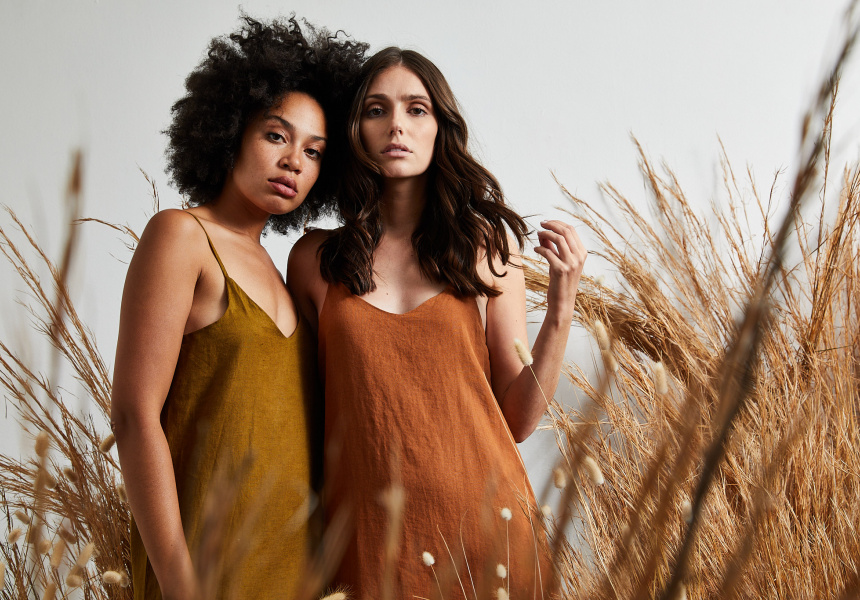 Cult Sydney linen label Bed Threads has quite the knack for knowing what we want before we’ve even worked it out for ourselves. So it feels apt that, as the weather begins to warm up across the country, it has has added a bunch of summer-friendly designs to its sleepwear range. The new items – a midi dress (a spin-off of the brand’s existing mini dress), T-shirt and shorts – are all made from Bed Thread’s signature linen in a range of colours including rust, olive, lavender, pinstripe and white.

“After many requests for a longer dress with the same design features of the slip, and a shorts and T-shirt set that offers the same comfort our winter loungewear set is known for, we spent months perfecting and designing thoughtful additions to our range, that married the imperatives of summer loungewear (cool and comfortable) with our signatures – 100 per cent French flax linen in a range of exclusive colourways,” Bed Threads founder Genevieve Rosen tells Broadsheet.

Like the mini slip, which was released in December last year, the midi slip features a low back, v-neckline and adjustable shoulder straps. It’s longer and looser than the mini dress, and was put into production after months of trialling and testing.

“With a calf-grazing hemline, and two small splits on either side for ease of movement, it takes inspiration from the simplicity and effortlessness of summer dressing – and hopefully sleeping,” Rosen says.

The shorts and T-shirts are available to be purchased separately, and were designed to mix and match with the brand’s full-length loungewear sets and robes. “You can wear these as a set; mix and match the T-Shirt with the longer pant; the shorts with the long-sleeved top; and wear all items (including the slip dress and midi dress) under the linen robe,” says Rosen.

Like all Bed Threads products, the range is designed to act as a capsule collection, with all the styles and colours complementing each other.

It’s been a big year for the label, with the launch of its loungewear range, linen throws, tableware, line of cashmere jumpers, throws and pants, and new additions to its homewares and beauty collections. But despite being just six weeks from the end of the year, Rosen says there’s still plenty yet to come before 2021 kicks into gear. Expect an expanded colour range for its towelling and linen throws, a brand-new colour for its bedding and sleepwear, additions to its homewares range (including glassware from New York-based Sophie Lou Jacobsen) and more beauty products – including perfume from US company Who Is Elijah.