Lessons in stylish sun protection from a former tanning junkie. As a child I was hard to miss on the beach over summer, thanks to my range of unbecoming protective gear. Think oversized, fluro-coloured rashies and all-in-ones stained with green zinc from my face. My father had melanoma in his late thirties, so my parents were fastidious about sun safety. And like most Australian kids in the ’80s and ’90s, I couldn’t escape the Cancer Council’s very effective Slip! Slop! Slap! campaign. It was “no hat, no play” at school, where we also learned about the hazardous hole in the ozone layer.

During my early teens however, everything changed.

As an aspirant reader of Cleo and Cosmopolitan, I fawned over pages of bronzed, Bambi-legged types wearing string swimsuits, performing grands jetés across white sandy beaches. Smooth, tanned skin and white teeth were everywhere, and nobody in the glossy fashion mags – or on Baywatch or Beverly Hills 90210 – appeared to be concerned with slipping, slopping or slapping.

I regrettably gave Sid the Seagull the flick and relegated him to dork status. He no longer fit into my life. Cartwheels along my local back beach in a sodden, knee-length rashie didn’t cut the mustard – in order to be sun smart, it seemed you also had to be a complete poindexter. You were either basted in coconut oil, tanned, skimpy and sun sexy, or a sun-smart frump. There was no in-between, and I was squarely in the latter camp.

I loathed this and believed there was a direct correlation with the lack of boys wanting to “get with me” on the weekends, so decided my best recourse was to defy all parental advice and fry myself stupid at every available opportunity. What followed was a relentless quest to be mocha-hued through my late teens and into my twenties. Sunbaking became a hobby, and I didn’t even mind a bit of burn, because it would likely “turn to tan” the following day. Peeling skin was novel if it could be extracted in large strips. I was delighted when folks complimented my colour, and enjoyed wearing shades of pastel and aqua to offset my efforts.

Due to these years of idiocy I’ve since had several skin cancers removed, and under ultraviolet light my skin looks like the cross-section of a salami. I often blame my wrinkles and dark circles on my kids, but irreversible sun damage is the actual culprit.

In processing my skincare regrets, I’ve learned two things. First? Sid the Seagull’s seminal cancer-prevention message has been updated to Slip! Slop! Slap! Seek! Slide! Not quite as catchy, but the revised jingle adds two important skin-protection steps: seeking shade and sliding on sunglasses. And the second? Being covered up and cool aren’t mutually exclusive. You can absolutely be sun smart and chic as shit all at once. Here’s how.

SLOP
Although the aforementioned green zinc shmeared across the nose and lips holds a certain Shane Warne-esque nostalgia, I do prefer colourless protection like Mecca Cosmetica’s To Save Face Superscreen SPF50+ for the face, and Aesop’s Protective Body Lotion SPF50 and Protective Lip Balm SPF30.

SLAP
I’m currently obsessed with all the broad brims by Tio y Tia, a Brooklyn-based label that creates hats inspired by the American south-west. They’re fabricated by the oldest hatmaker in America, who once crafted Georgia O’Keeffe’s iconic chapeaus. (Note: for optimal sun protection, brimmed hats should have a minimum width of 7.5 centimetres and bucket styles a minimum width of six centimetres.)

SEEK
I used to detest beach tents – rotund nylon eyesores on the sand, blocking the view. Nowadays I’m all about them. They offer more shade than an umbrella, and retailers such as Byron Bay Beach Life are selling more attractive alternatives in retro, candy-striped canvas with UPF50+.

SLIDE
Unfortunately, recent eyewear trends – such as skinny cat-eye frames and ’90s micro lenses – do not effectively block peripheral UV. Try to find wraparound styles that cover as much of the eye area as possible and guarantee 100 per cent UV protection. The Facer models by Carrera are a good option. Ninety per cent of all skin cancers occur above the neck, and up to 10 per cent are on the eyelids. “Slide” has really earned its place in Sid’s expanded ditty.

Michaela Davis has worked for global brands including Louis Vuitton and Moët Hennessy for over 10 years, and is the founder of Recommendle. She's also mum to a couple of high-octane ankle biters. 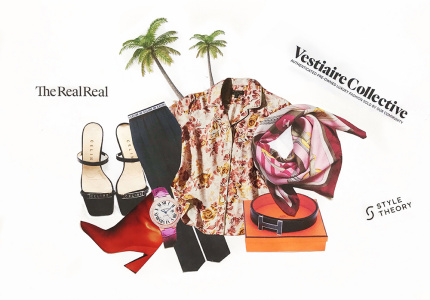 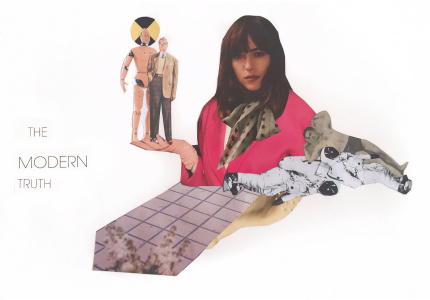