Gender bias is alive and well. And, as in most cultural sectors, design is not immune. From iPhones to astronaut suits, crash test dummies to chef’s pants, design continues to be developed around a male prototype. 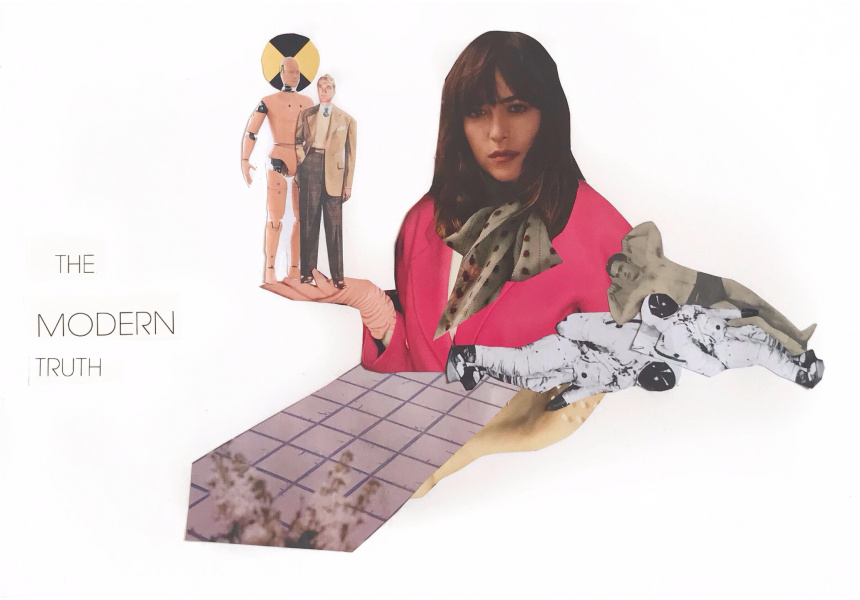 Through my teens, I was under the impression I hadn’t experienced gender bias. I could see it out there in the wild, but – naively – I felt that because I could study whatever I wanted, one day vote for whichever underwhelming politician I pleased, climb Mount Kilimanjaro, and get on the underside of a beer bong as well as any frat boy, that I was removed from the egregious stuff.

And in many ways, I was. As a young white woman growing up in comfortable surrounds, patriarchy didn’t affect me in the same way it does women of colour, for example, or women from disadvantaged or less fortunate households, or women with disabilities.

I argued about the cost of tampons, participated in debates about women’s right to equal pay, and discussed the merits of gender quotas on boards and executive management teams. But more often than not the challenges of gender discrimination occurred in the abstract for me, rather than as a personal tribulation.

Fast forward a few years, I’m now a working mother of young kids and could throttle the system (and my husband) on a daily basis. Sometimes I feel like I’m lucky and have it all. And other times I just want to howl at the moon like a rabid dog, or turn into a preying mantis because I vaguely recall learning in Year 8 biology that they eat their mates. Balancing a career with a household is bloody tough. Carrying the mental load at home as well as the office is savage, and I frequently teeter on the verge of turning into a velociraptor.

We know women are inherently disadvantaged in the workplace – they’re paid less, there are more barriers to promotion and mentorship, and they’re often discriminated against for having children. And those gender biases even extend to the clothes we’re wearing while we’re experiencing those biases, especially in hospitality and manual labour, where garments are designed for men and ignore traditionally female body shapes. We’ll return to this later.

I remember studying art history and learning that Renaissance sculptors and painters often used male models for their female works, and this is why the women often look so burly and, well, male." Jacopo Ripanda’s Amphitrite or Jan Gossaert’s Deianira are good examples – those boobs are a LOL, and clearly not painted from any IRL example.

Less funny is that today, 500 years later, design that is relevant to men and women (and those who identify as neither) is conceived around a male prototype, from iPhones to astronaut suits, crash test dummies to standard office temperatures, chef’s pants to heavy-duty workwear. Caroline Criado Perez, a journalist and the author of Invisible Women: Exposing Data Bias in a World Designed for Men has researched gender bias in design extensively, and excerpts from her book have been quoted in most major newspapers globally over the past six months. I’ve been thinking about them a lot.

The consequences of gender bias in design, Criado found, vary from the inconvenient to the fatal. For example, the newest artificial heart was designed to fit a man’s body, so is 80 per cent effective for male patients, and only 20 per cent effective for female patients. Cars have historically been designed with men in mind – until recently, the standard crash test dummy was based on the proportions of the average man. This isn’t ideal when you learn that short people (classified as being under 158 centimetres) typically sit less than 25 centimetres away from the steering wheel, making them significantly more at risk of serious or fatal injury during an accident. In Australia, about 25 per cent of women are considered “short”, compared to five per cent of men. (In America, the split is 26 per cent women compared to less than one per cent men). Not insignificant, and it’s hard to imagine a reality where those statistics are reversed.

Last year McKinsey & Co published a study called “The Glass Runway” that explores why 85 per cent of fashion companies that design for women – and are sustained by female-identifying customers – are run by men. In terms of what that means for consumers, could a male CEO be the reason it is impossible to find jeans for all the different female body shapes, or why high heels are often exquisite to fondle but excruciating to wear?

Many commercial kitchens still require chefs to wear uniforms that have remained largely unchanged since their initial design in 19th-century France. “Unisex” uniforms are actually designed to fit a traditionally male physique, meaning they are often ill-fitting and too big for women. Baggy trousers can be a trip hazard, gaping sleeves can drip into food and flame, and hulking jackets are hardly flattering let alone comfortable. Hard to feel your best on show in an open kitchen when robed like a clown.

The good news is that a smattering of new labels, including Polka Pants, Sük and Hedley and Bennett are designing workwear for women, and breaking down the boys’ club conventions. Mimosa Schmidt started Sük after years working on cargo ships, farms and building sites. She suffered from chafing between her legs, under her arms and on her neck from the ill-fitting boilersuit she was wearing. “I wanted a boilersuit that would fit my body properly and that could work with my shape rather than against it,” Schmidt told Broadsheet. “There just aren’t many options out there for women on-site who want to look good and do really tough labour.”

According to UN Women, achieving gender parity begins with making sure that women’s and girls' needs and experiences are integrated at the very inception of technology and innovations. Design and technology have always been inextricably linked, so it’s concerning that in Australia only 16 per cent of the qualified STEM (science, technology, engineering, maths) population is female. The World Economic Forum’s latest Global Gender Gap Report found that only 22 per cent of artificial intelligence (AI) professionals globally are female. In the context of rapidly advancing technology and the impact it can have on design, this is worrying: we risk perpetuating and institutionalising inequality not only in existing industries, but emerging and future ones.

The reasons it’s a man’s world are myriad, and some of the imbalances are more difficult to detect than others – especially those masquerading as sexless, or choices. But they’re no less dangerous. If my post-childbearing jugs were a fraction more autonomous, I’d be burning my bras.

Michaela Davis has worked for global brands including Louis Vuitton and Moët Hennessy for over 10 years. She is also a mother on her L-plates.