A decade since she sold Tigerlily to Billabong, the designer’s back to beachwear, this time channelling ’70s glamour. 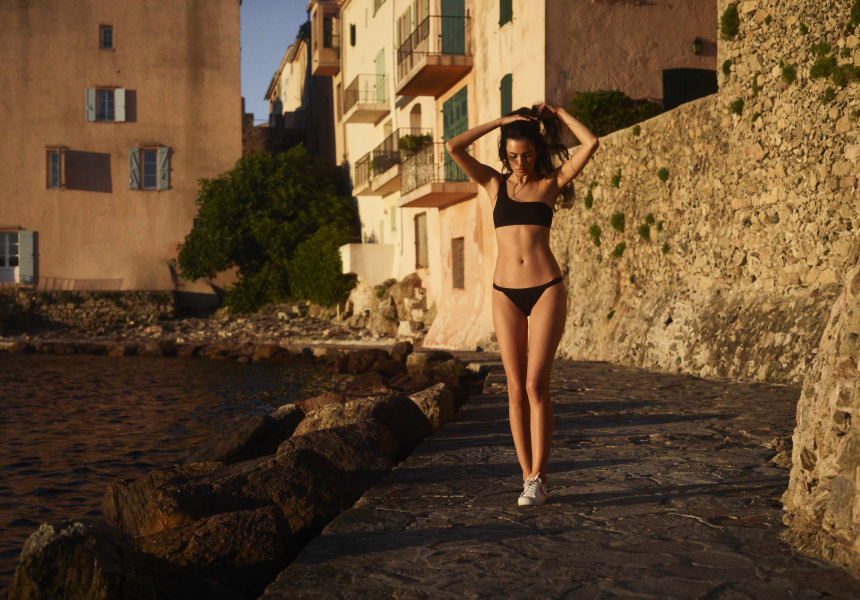 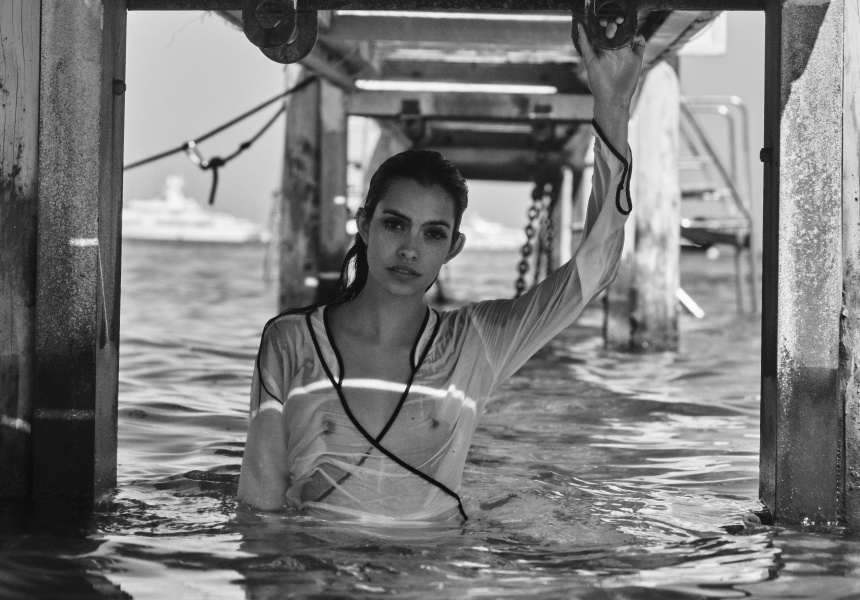 Almost 20 years since founding successful swimwear label Tigerlily, Australian designer Jodhi Meares has launched The Upside Beach – a resort extension of her activewear line, The Upside – which marks her return to swimwear.

After selling Tigerlily to Billabong in 2007, Meares took a much-needed reprieve from the rag trade, splitting her time between Sydney, New York and Hawaii. The devoted yogi soon noticed mammoth generic players (including Lululemon) monopolised the activewear market at home and abroad. And in 2013 she launched her own athleisure label, with a high-end sensibility for a more fashion-focused customer.

Fast track to October 2018 and Meares has added The Upside Beach, which she says was a natural progression for the label. “Ultimately, we are a company with an Australian soul and the beach plays a huge part in that,” she says.

The line spans swim and resort wear designed to complement a woman’s summer lifestyle, with pieces that can be worn from shore to soiree. The collection’s campaign was fittingly shot over a European summer in Saint-Tropez and seems to embody the French laissez-faire mentality. “The Upside Beach is about undone glamour. I drive the team insane doing this but if we are doing a shoot I chuck everything in a suitcase, it’s the way I pack, then I pull [the collection] out and on it goes on the model. No ironing or overstyling, just the clothes and the woman who’s wearing them,” says Meares.

The line includes a sleek one-shouldered black one-piece (which can be worn as a bodice under a skirt or a pair of denim cut-offs); leopard-print bikinis and paddle suits; and activewear-inspired, nautical colour-block bikinis.

Heralding the robe as the new summer staple, the collection features the Short Kimono Dress alongside iterations of luxe pyjama pieces made from quality cotton-linen blends, which are designed to be thrown on for the beach, bar and anywhere in between.

“I think ultimately you design what you want to wear … I want that sense of freedom and fabrics that are like that too,” says Jodhi.

Beyond flowy, voluminous silhouettes and natural fibres, The Upside Beach is still very much instep with its performance stablemate. “Prints are hugely important to the collection as they are with The Upside Sport,” she says. The line weaves a sense of simplicity with influences ranging from ’70s glamour, to the Chinoiserie movement, traditional Indian textiles, and Paris.

Bikinis and beach dresses aside, there are some serious show stoppers in the mix including the Luxe Lurex Kate Dress and matching Palazzo Pant whose spangly diaphanous fabric and dramatic proportions spell full-blown Studio 54 sophistication.

“We’ve approached the design in quite a French way – sort of looser, with beautiful fabrics that really speak for themselves. You feel beautiful when you’ve spent time in sun, at the beach or on holiday, and that’s the same spirit of our designs,” says Meares.

What’s next? Meares has recently opened an American office and a boutique in sunny Santa Monica, Los Angeles as she is focused on building the label’s overseas presence.