The designers were given an all-access pass to the archive, resulting in a colourful 14-piece range that includes vintage band tees, matching two-piece silk sets, minidresses and ’70s-style jumpsuits. 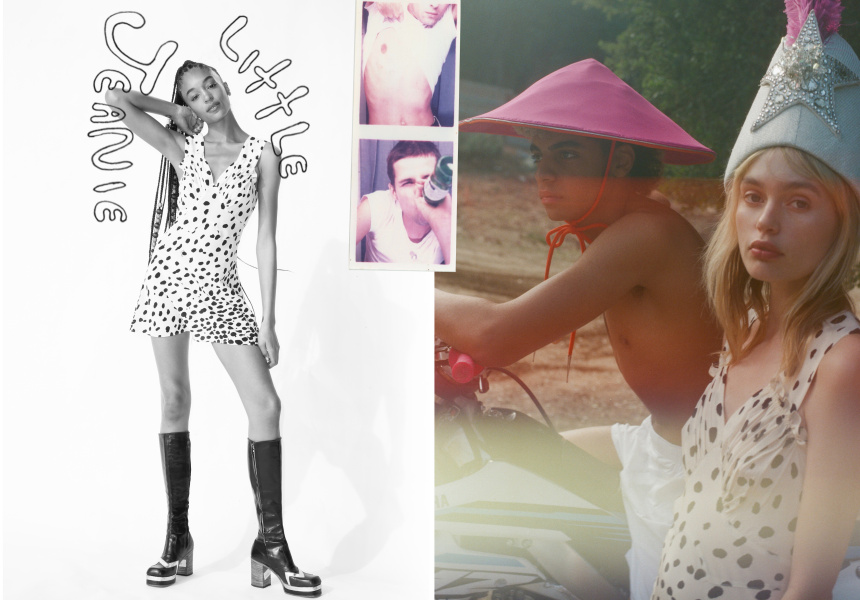 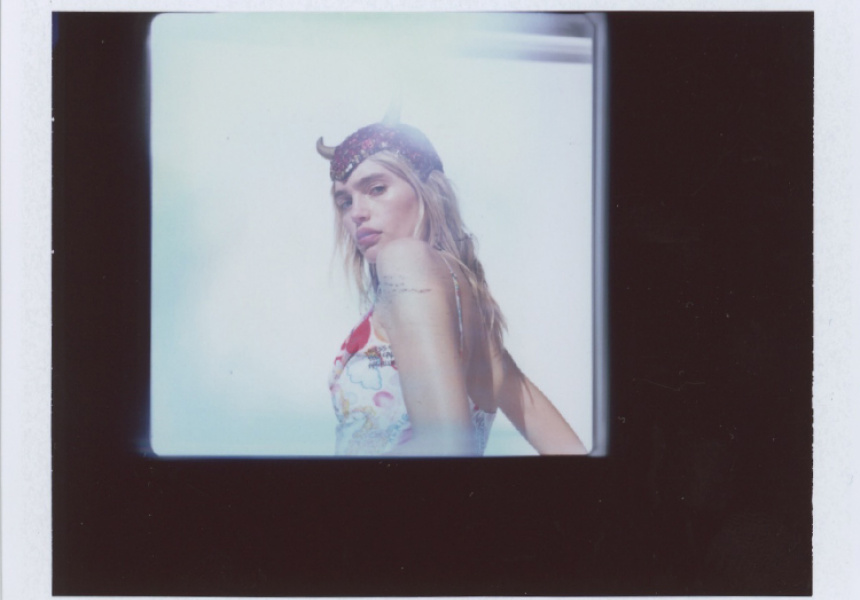 Since Aussie clothing label Réalisation Par launched in 2015 with six dresses, it’s made a name not just for its relaxed ’90s style, but also for its innovative approach to getting its pieces seen on a grand scale.

Soon after launching the now Insta-famous brand, founders Teale Talbot and Alexandra Spencer sent a dress to British model and TV presenter Alexa Chung. Chung posted a shot on Instagram of her wearing it at a party in Miami, and sales skyrocketed. That’s standard practice for labels today, but at the time it was a relatively new strategy.

Now, Talbot and Spencer have kicked their collabs up another level. The designers tell Broadsheet it began with a handwritten note to Elton John, passed on by a friend working at a record label, and resulted in a colourful 14-piece limited-edition collection called Elton John for Réal that launched online on February 3.

The designers drew on Elton’s stage costume archive for the collection, which features six rejigged existing Réalisation Par silhouettes and eight new pieces. There are unisex vintage band tees; matching emerald silk separates called The Bennie and The Jets; a champagne-coloured minidress called The Tiny Dancer; and a full-length ’70s mechanic-style jumpsuit, The Rocketman, which comes in black and white.

Everything costs between USD$69 and USD$240 (around $102 to $355), and the label is donating five per cent of profits directly to the Elton John Charitable Trust, which supports more than 90 other charities including Unicef, the Breast Cancer Research Foundation, Morris Animal Foundation and more.