Produced by Broadsheet in partnership with Oroton.

We can’t travel overseas right now, but there are ways to bring the Mediterranean coastal vibe home – and these silk scarves inspired by the island of Pantelleria can help. In partnership with Oroton, we talk to artist Gabrielle Penfold about her trip last year and the inspiration behind her wearable new pieces. 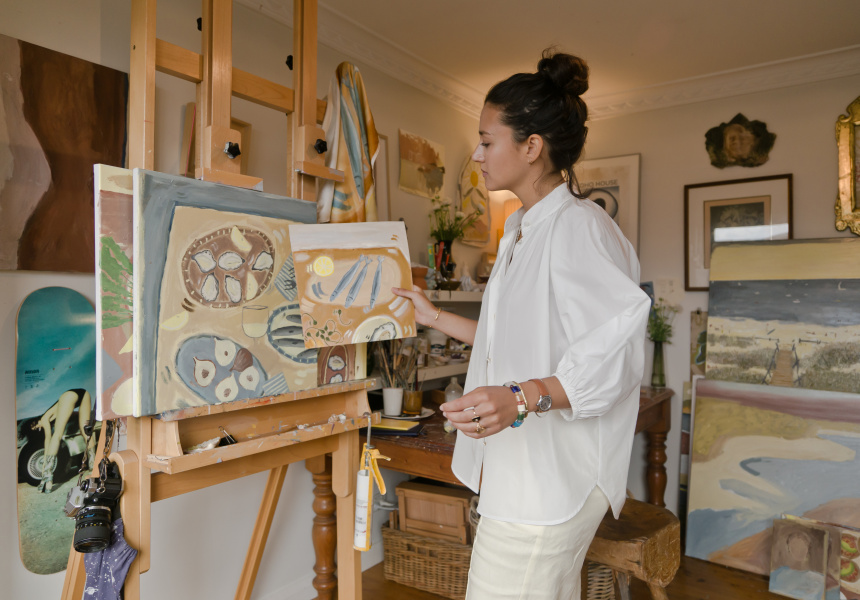 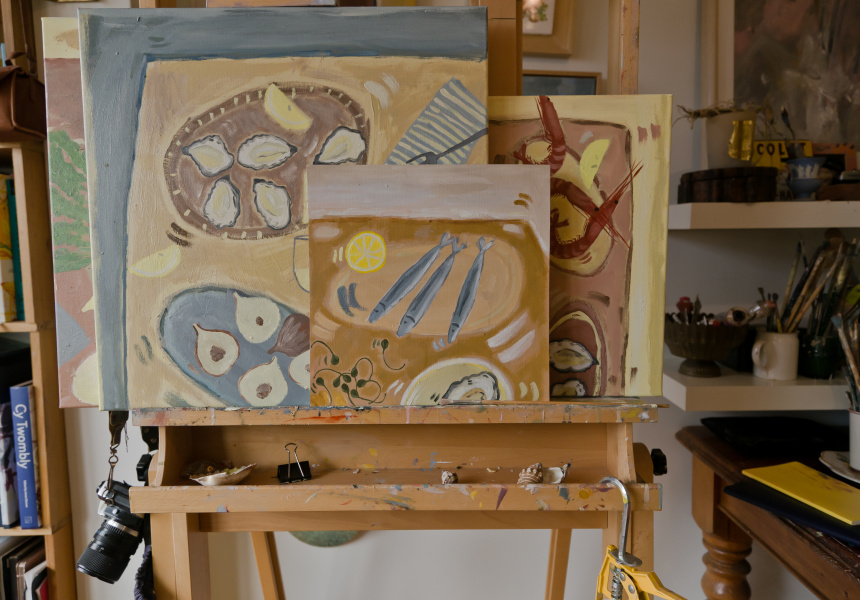 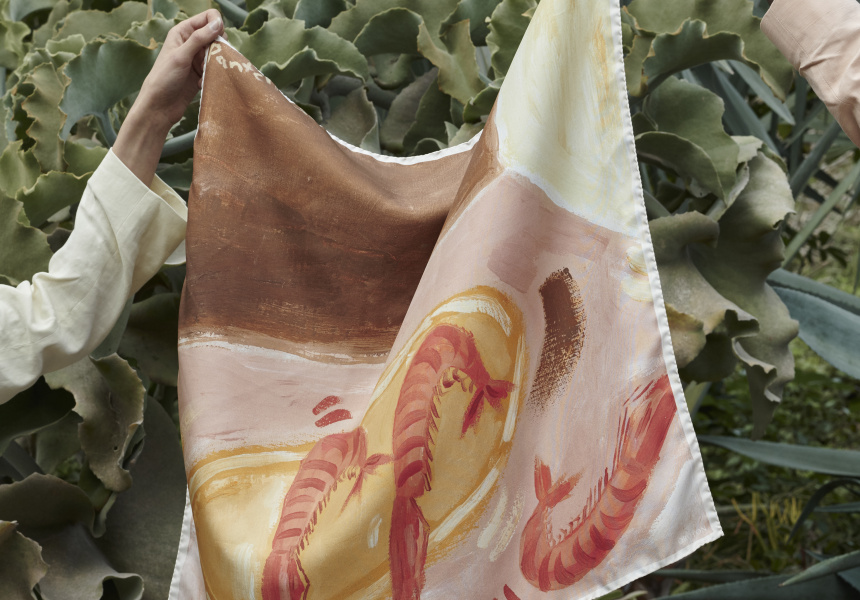 Every year, Sydney-based artist Gabrielle Penfold travels around Europe during the summer. In 2019, she and a friend visited the Italian island of Pantelleria, 100 kilometres off the coast of Sicily, on a pilgrimage of sorts, inspired by the Luca Guadagnino film A Bigger Splash.

“The colours there were just so stunning, everything that was sacred to the place was beautiful,” Penfold tells Broadsheet. “The buildings all had these gorgeous red, pink and blue tones and they all just sit against the contrast of the sea and the sky.”

The pair spent two weeks travelling around the volcanic island, swimming in the Mediterranean and lounging on its sandy shores. Although Pantelleria is part of Europe, it’s geographically closer to Africa – and it’s the subject of myths across the two continents, lending it an almost otherworldly charm.

“The more you read about it, the more you just find it so magical,” Penfold says. “You just feel the place so much more and feel very connected because you’re on this black volcanic rock exposed to all the elements – the wind and the sea and the hot sun.”

Fortunately, Oroton creative director Sophie Holt is also A Bigger Splash fan, so the two decided to collaborate on exclusive pieces inspired by Pantelleria. The result is Oroton’s limited-edition range of Italian silk scarves for summer, printed with two of Penfold’s paintings inspired by the island.

Though beachscapes and coastal scenes are common subjects for Penfold, for this collection she focused on the lazy long lunches from her stay – which included wine (Pantelleria is known for its zibibbo grapes), homegrown caperberries and fresh seafood.

The prawn scarf features soft pink, peach and golden hues, while the sardine and oyster scarf has blue tones and pops of tan and marigold. The square pieces are playful and colourful, evoking summer vibes without the stereotypical sand or surf.

“The main thing was making it wearable, that was the hardest thing. That, and convincing everyone that it’s okay to wear prawns,” Penfold says with a laugh. “I think it’s a weird subject to wear, but when you’re doing a special project like this, you’re allowed to get away with something a bit different and funky.”

Though her inspiration comes from the relatively unknown Italian island, the motifs hold personal, local meaning for the artist too – they evoke memories of long summer days in Australia with friends, cooking seafood on the barbeque and then heading into the ocean for a dip or a surf.

And while the scarves are meant to be worn as accessories, Penfold says you can experiment with how you wear and display them.

“I don’t do prints ... this’ll be a good opportunity for people to buy my art and frame [it]. I’m definitely doing that with a couple myself,” she says. “Maybe I’ll wear them as a top too; just have a play around with that. It’s something fresh and fun for summer.”

The Oroton x Gabrielle Penfold scarves are available in Oroton stores and online from September 30.

This article is produced by Broadsheet in partnership with Oroton.

Produced by Broadsheet in partnership with Oroton. Learn more about partner content on Broadsheet. 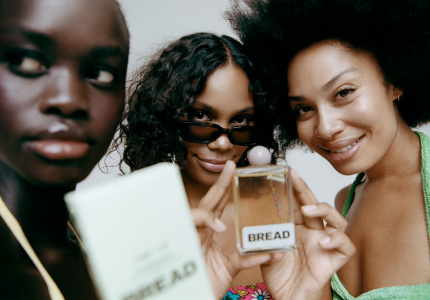