The luxury American streetwear label beloved by celebrities and fashion collectors has a new capsule range only available at its Melbourne and Sydney stores. 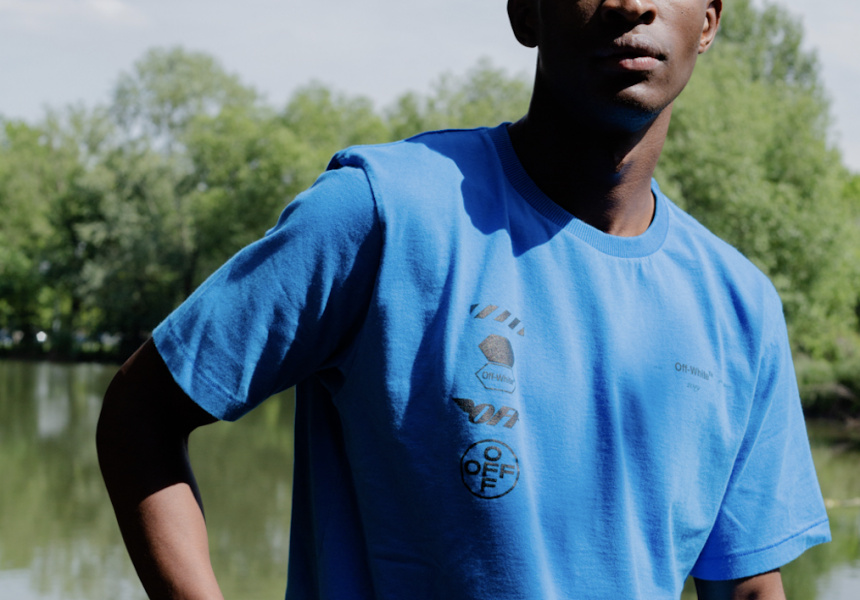 American designer Virgil Abloh has helped smash the boundaries between streetwear and high fashion in recent years. He first rose to prominence as Kanye West’s creative director before founding his own luxury menswear and womenswear label Off-White, which he now balances with his role as artistic director of menswear at Louis Vuitton.

Despite a manic schedule, he’s managed to squeeze in an exclusive menswear capsule for Off-White’s Australian stores only, now available at the label’s flagships at QV Melbourne and Westfield Sydney.

The collection includes several of the label’s most sought-after styles in mostly white, black and light-blue colourways: the field jacket, the classic black tagged 2.0 sneakers, tees, Japanese-style denim workman shirts, the popular “industrial belt” (which is emblazoned with the label’s trademark ironic use of quotation marks – in this case, around the text “belt”), a pair of relaxed, low-rise jeans, and an electric-blue printed hoodie.

Many of the pieces feature the designer’s graffiti signature, as well as the inscription “Off-White Australia Limited-Edition”, making the collection highly collectable.