After Five Years, Arnsdorf Comes Out of Hiding

For the boundary-pushing Australian fashion label, failure made it stronger. 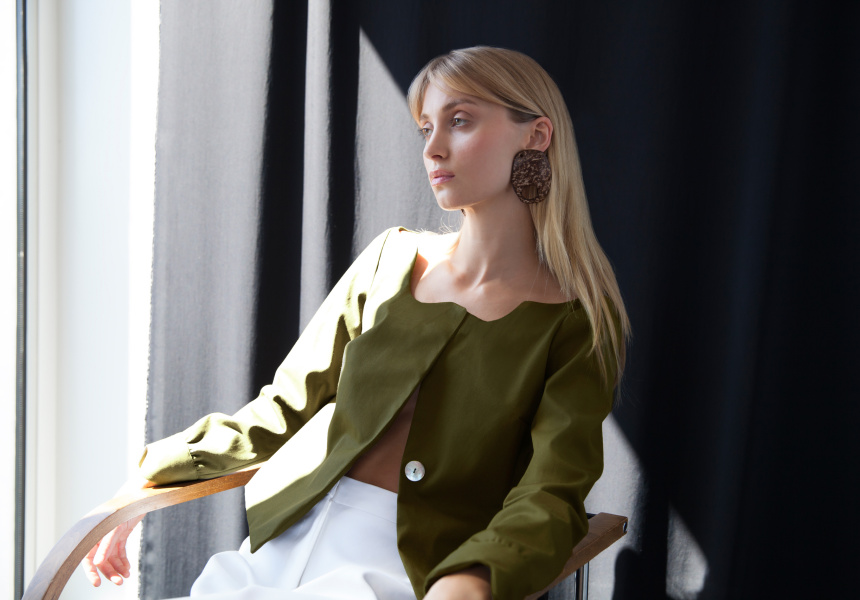 It’s been a long five years without Arnsdorf. While it might sound like an overstatement, Melbourne designer Jade Sarita Arnott’s decision to put her brand on hiatus in 2012 was reason to mourn.

There hasn’t been a comparable replacement (doing artful, sculptural basics) since. It’s no surprise women have been writing to Arnott expressing their delight at the brand’s return.

Launched in mid-May, Arnsdorf’s comeback collection, Release 1, is sophisticated and seasonless (15 pieces will be released every eight to 10 weeks). It’s informed by what Arnott and her friends in Melbourne and New York want to wear.

So, if the label is so well loved, why did it disappear in the first place?

Back in 2012, things were looking promising for Arnsdorf – at least from the outside. The brand regularly showed at Australian Fashion Week, it supplied to reputable stockists, and Arnott had just moved to New York with her eye on the international market.

But behind the scenes it was a different story. A retail downturn saw a number of Arnsdorf’s Australian stockists close, taking Arnott’s income with them. She was burnt out. “I was a bit exhausted from the fashion cycle,” she says. “I was always rushing for deadlines, having to manage the big production. And I had just had my son. I wanted to press pause for a minute.”

During her time in New York Arnott studied photography and industrial design. “I was thinking of making [other] things that had more longevity and retained their value,” she says. That was, until a stint consulting for New York fashion label Apiece Apart lured her back to the fashion game.

Slowly, a new version of Arnsdorf came into being. Arnott and her husband returned to Australia at the end of 2015 (with two kids), and she carved out a new direction. Arnsdorf’s design DNA remains, but the crucial difference is on the business side, now with sustainable fabrics and ethical production at its heart.

“Part of the frustration [of running the brand previously] was doing traditional seasons, where I couldn’t control the wastage of having to overproduce,” she says. “At the end of the season, we’d have too much stock and have to mark things down. Then when Rana Plaza happened, that really struck a chord.”

Although Arnott never produced her clothing in Bangladesh, the collapse of the factory (which killed more than 1000 people) sparked in her a sense of responsibility to do things differently.

Arnott now produces everything in-house and oversees the entire design and manufacturing process out of her Collingwood studio and factory in Melbourne. At the moment it’s just her, production manager and machinist Gemma Cahill, pattern-maker Peta Kelsey, two interns, and a soon-to-grow team of machinists.

“Back then I worked with the best factories, but there was always this barrier,” she explains. “You didn’t have much contact with the machinist or see what the conditions were really like.”

“There won’t be a retail mark-up,” says Arnott. “So we’re able to spend more on the highest quality sustainable fabrics and pay our machinists well."

Release 1 is inspired by “pioneering women”, including architect and furniture designer Eileen Gray, whose curved-legged chairs inspired the scooped-out neckline of the Sophie Jacket.

“I think design has to be the first step into a product having meaning,” she says. “You can design something that’s sustainable and ethical, but if it doesn’t fit well, or if people aren’t engaging with the clothes, then it doesn’t matter. I think you can buy into the brand in a purely aesthetic way, and maybe then it’ll open your eyes into being more conscious of sustainability, but if not, that’s okay too.” 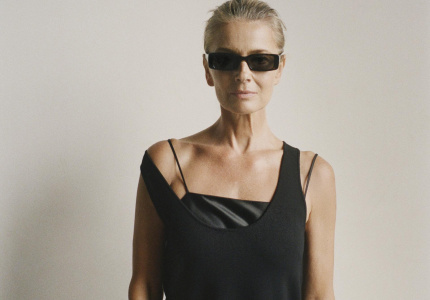